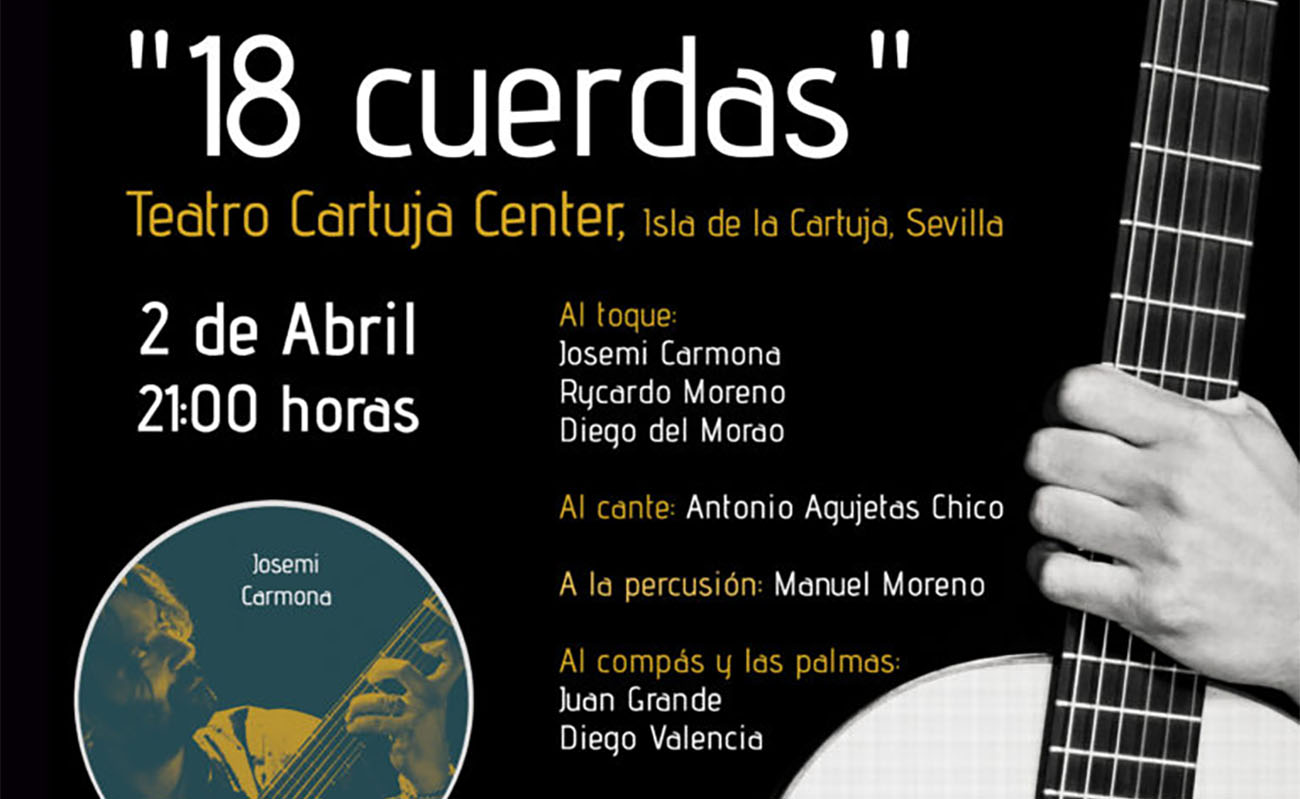 When Diego Moreno Jiménez — better known as Diego del Morao —, from Jerez, Josemi Carmona, from Madrid, and Rycardo Moreno, from Lebrija, get together, nothing bad can possibly happen. It’s an explosive trio. Three of the best contemporary flamenco guitarists unite in «a unique, natural reunion of talent, sensibilities and musical genres», in the words of the organizers, to launch the show 18 Cuerdas, to take place on April 2nd, 2020 at 9 PM in Seville’s Cartuja Center.

«Its a natural reunion where these three great musicians let their imagination fly through their fingers to take the spectators into a universe of sound, which is at the same time a catharsis, a ritual and a musical party in the widest sense, understood as a celebration», they stated.

It was the year 1977 when the guitar world was taken by storm:  Paco de Lucía — 28 years old and having already released pieces of renown such as the mythical Entre dos aguas — united his talent in toque with Carlos Santana and Al Di Meola in a guitar trio finally completed with Meola himself and John McLaughlin. Thanks to that union, the 1996 album The Guitar Trio was released, taking them on a global tour.

Let’s say that this is the starting point of the project 18 cuerdas, now presented by Diego del Morao, Josemi Carmona and Rycardo Moreno in Seville. This is a powerful contemporary musical event with flamenco as the highest form of expression through the guitar. This show will have an approximate duration of one hour and a half. Besides the three guitarists, it will also feature Antonio Agujetas Chico in cante, Manuel Moreno in percussion and Juan Grande and Diego Valencia in palmas and compás. The price of admittance is between € 21,60 and € 29,16. 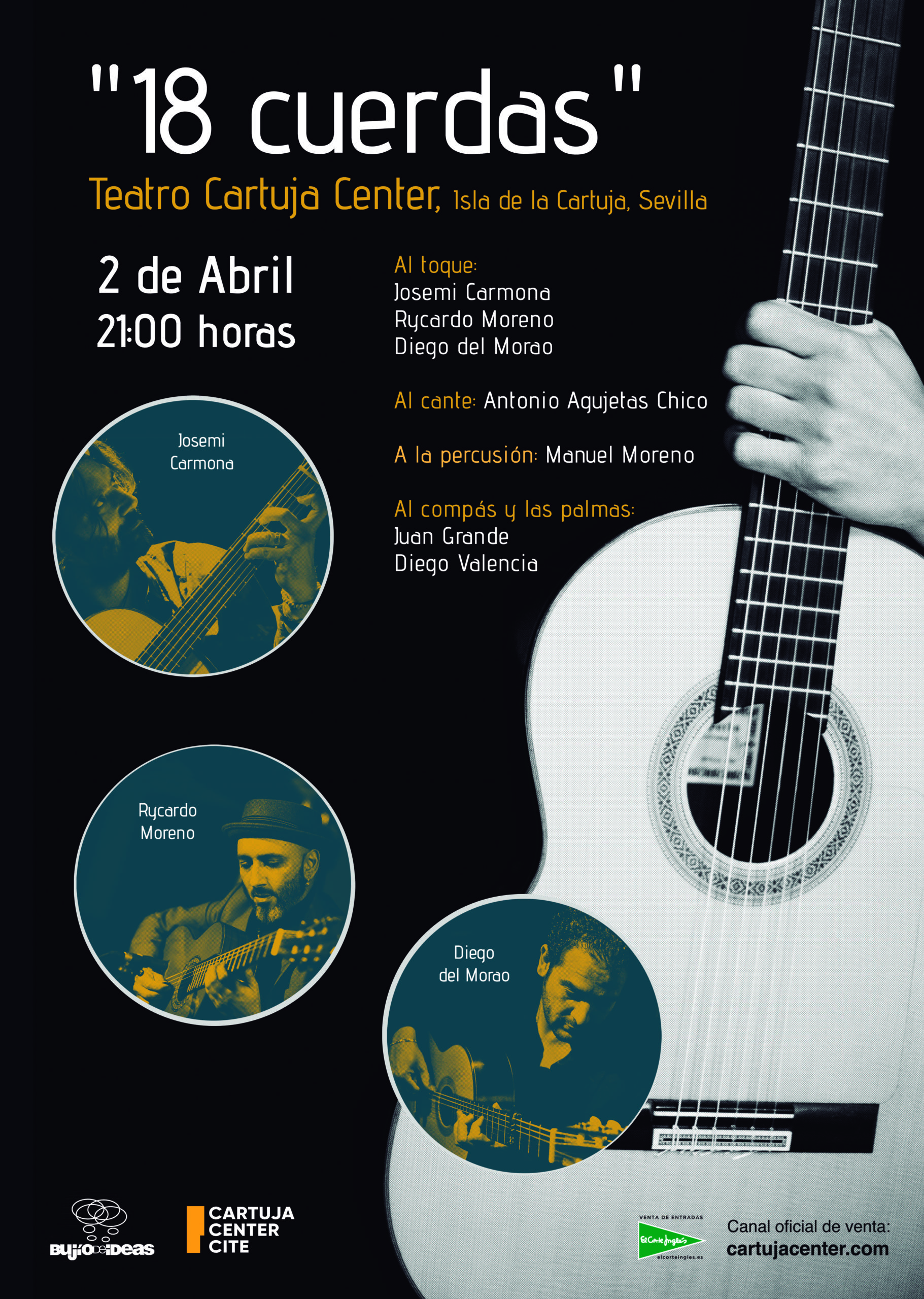