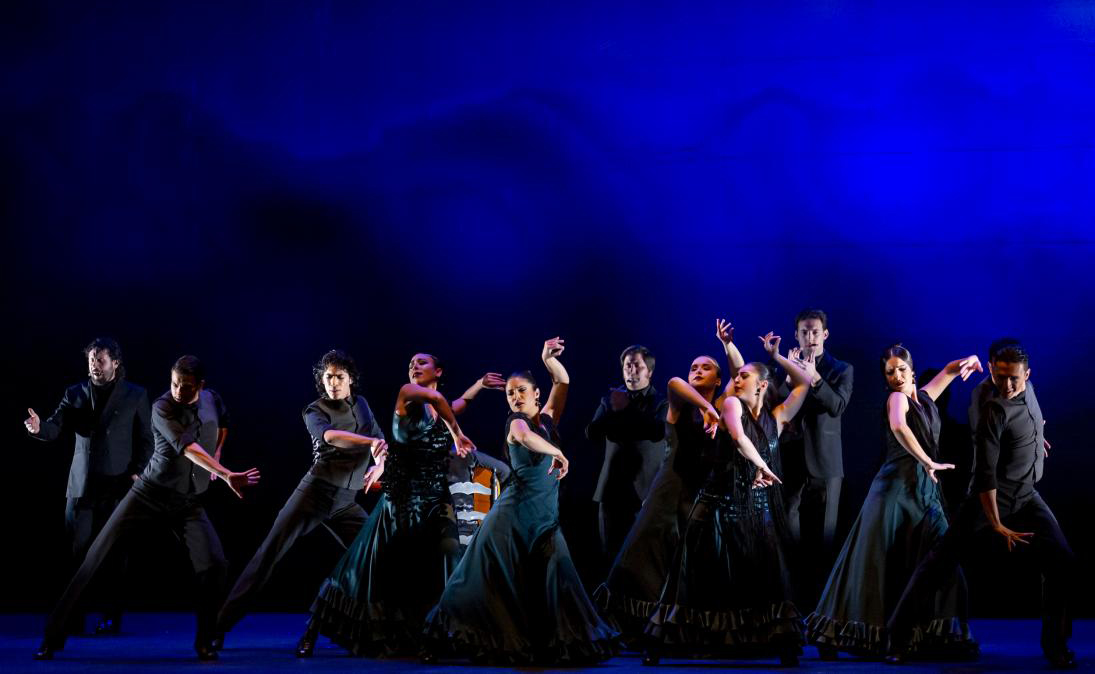 Twenty-five years spreading flamenco talent is an anniversary worth celebrating, and the Ballet Flamenco de Andalucía (BFA) is doing it in style, in the best way possible, with a show titled  25 aniversario. This event will take place on November 26, 2019, at the Teatro de la Maestranza in Seville, starting at 8 PM. Tickets are already on sale in the Theater’s website.

«The history of the Ballet Flamenco de Andalucía is already an essential part of contemporary flamenco, and not just in Andalusia, because its productions have enthralled the public from all over the world», stated Patricia del Pozo, councilor for Culture and Heritage, in the presentation of this event.

Thus, this show celebrates the milestones in the history of the BFA with a compilation of its most iconic choreographies since this company was created in 1994. This production has been coordinated by bailaora and choreographer Úrsula López. The show will also pay a heartfelt tribute to Mario Maya — who passed away in 2008 —, the first director of the company. To that effect, some choreographies from the famous Requiem Flamenco will be performed.

José Antonio Ruiz and Cristina Hoyos have also actively participated in the selection of their choreographies. The eras of Rafaela Carrasco and Rubén Olmo — with his Llanto por Ignacio Sánchez Mejías —, who were in charge of the artistic direction and the choreographies by renowned artists such as Manolo Marín, could not be missed. For this event, Úrsula López — BFA’s artistic coordinator — had the collaboration of choreographer Javier Latorre and of other artists who have been part of the Ballet Flamenco de Andalucía in different periods.

This production is as ambitions as it is complex, so it has been necessary to involve other Council centers, such as the students of the Centro Andaluz de Danza (CAD). The six bailaores and six bailaoras of the Ballet have not been enough. Former artists of the BFA such as Fernando Romero, Manuel Betanzos, Álvaro Paños, Alberto Selles and Mariano Bernal, among others, have been eager to join the party and done their bit in the rehearsals.

«The celebration of this 25th anniversary is the ideal moment to look into the future of the Ballet Flamenco de Andalucía», explained Patricia del Pozo. The fact is that currently the BFA has no director, after Rafael Estévez left that position. The councillor took the opportunity to announce that in the next few weeks a public bidding process will be opened in order to select the new artistic director of this company.

Through its history, the Ballet Flamenco de Andalucía has produced thirty-five shows, and its performances have been awarded accolades such as the Ministry of Culture National Prizes, the Giraldillos of Seville’s Bienal de Flamenco or the Max Awards for the Performing Arts, among others, and its productions have been performed in various countries such as the United States, Japan, Argentina and Mexico.