The show will take place on December 6th and features guest voices such as those of Luis Moneo, Joaquín 'El Zambo' and José Méndez. 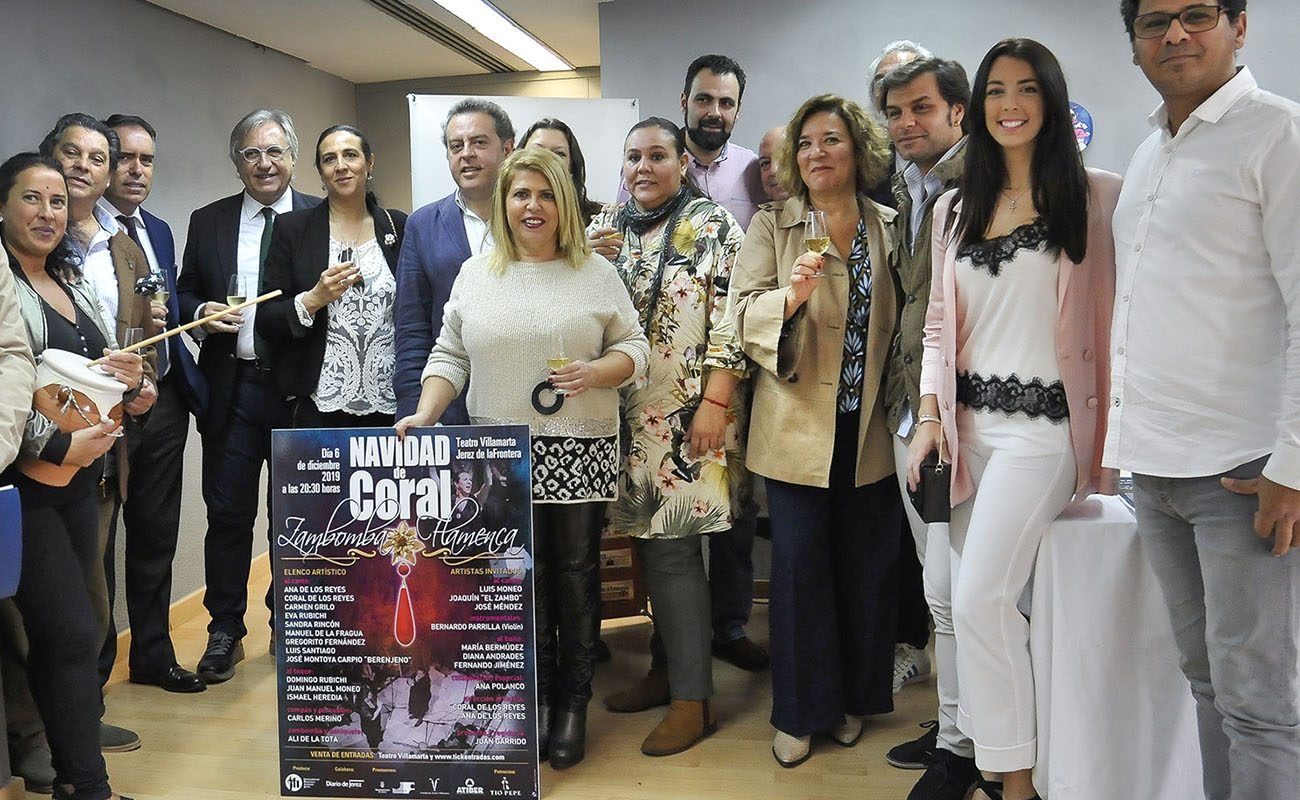 As soon as the Day of the Dead is behind us, it’s time for the traditional zambombas of Jerez. While decades ago, the Christmas season started after the Immaculate-Constitution holidays (December 6th to December 8th), nowadays hundreds of people are already thinking about coming to Jerez to enjoy this Christmas celebrations which have a unique flavor in this city. The people of Jerez themselves start to rehearse the vast repertoire of lyrics, both traditional and contemporary, warming up their voices so they can be in top shape at the end of November. Not all zambombas are he real thing, but that’s another topic deserving a separate article

While peñas flamencas and some religious brotherhoods keep the truest essence of this sociocultural tradition, the Villamarta Theater is the stage chosen by artists and producers to perform a show based on this spontaneous gathering. Some have a folksier approach, while others prefer a more innovative tack. On December 6th at 8:30 PM, sisters Coral and Ana de los Reyes will perform on the stage of the most renowned venue in Jerez their particular vision of that gathering that has its roots in the tenement yards of the various districts of the city. Coral has revealed that «the repertoire is based on lyrics of my own composition, adapted to a music that evokes those timeless sounds», adding that «we have first-rate singers, belonging to the most traditional flamenco families in our land and who will do their very best». On her part, Ana de los Reyes has thanked «all who have put their trust in us and allowed us to be here, as this is an opportunity we’ve been waiting for a very long time». In this regard, Coral was even more emphatic: «For us it’s a dream come true, it’s an early Christmas gift».

The show ‘Navidad de Coral’ (‘Coral’s Christmas’) is based on the zambombas of Jerez, which have their roots in the old tenement yards of the various districts of the city

The presentation, which took place in the ArteaDiario hall of the Diario de Jerez newspaper, was attended by the director of that publication, Rafael Navas, the mayor of Jerez, Mámen Sánchez, the Culture Delegate, Paco Camas, the director of the Villamarta Theater, Isamay Benavente, and the producer of the show, Juan Alfonso Romero (IFI JEREZ), among others. Most artists taking part in the show, such as Sandra Rincón, Carmen Grilo, Eva de Rubichi, Manuel de la Fragua, José Montoya Carpio ‘El Berenjeno’, Gregorito Fernández and Luis Santiago, also attended. Coral also pointed out the presence in this show of «important artists of our Christmas season, such as Joaquín ‘El Zambo’, Luis Moneo and José Méndez». Domingo Rubichi, Juan Manuel Moneo and Ismael Heredia will play the guitar and «there will be the good baile of Fernando Jiménez, Diana Andrades and María Bermúdez». In the presentation, the two artistic directors of the show pointed out that it will feature «the traditional instruments, such as the zambomba proper, with Ali de la Tota, who can’t be missed, the almirez (a small metallic mortar), the anise bottle and the tambourine, although the violin of Bernardo Parrilla and the percussion of Carlos Merino will also feature, adding a more magical musical effect». They also invited the cantaora Ana María Polanco, who «will add a little grace to our zambomba». The event poster was designed by Juan José Torti Cala.

Tickets can be purchased at the Villamarta Theater’s box office or at this link. 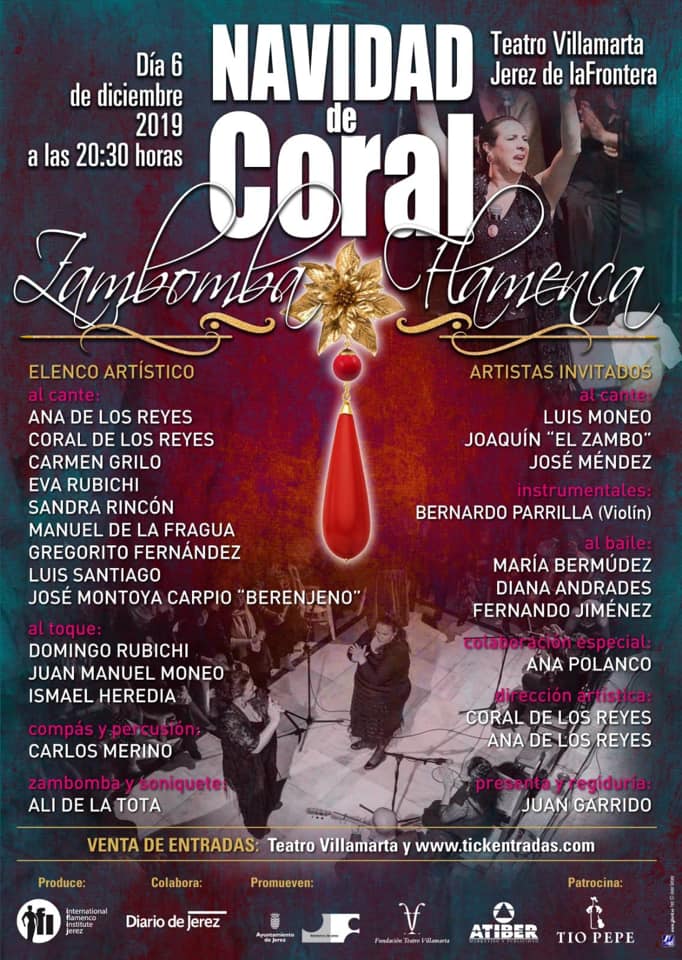 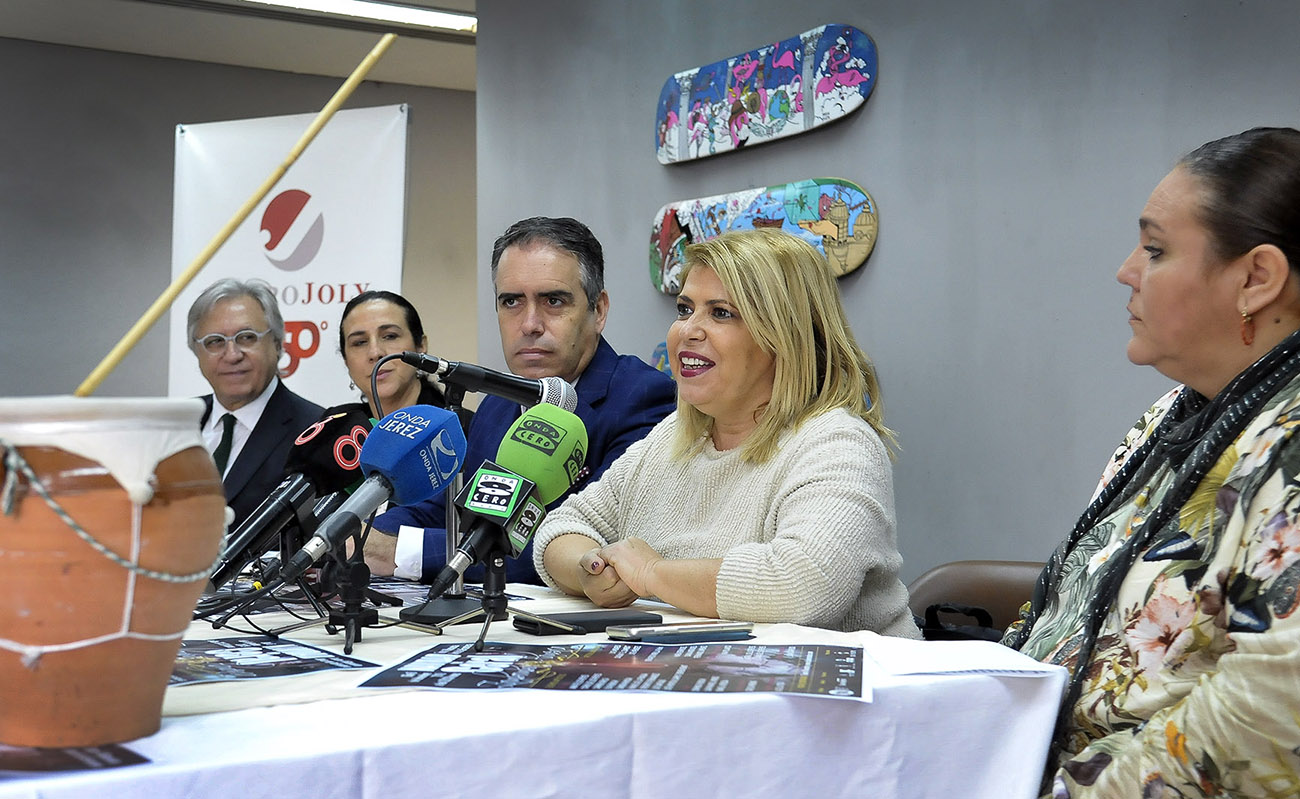