'Flamenco Cardinal. Súplica de amor' completes 'Díptico del Encuentro', together with 'Cuentos de Azúcar', created by this bailaora to commemorate the 500th anniversary of the first circumnavigation of the world in 1519 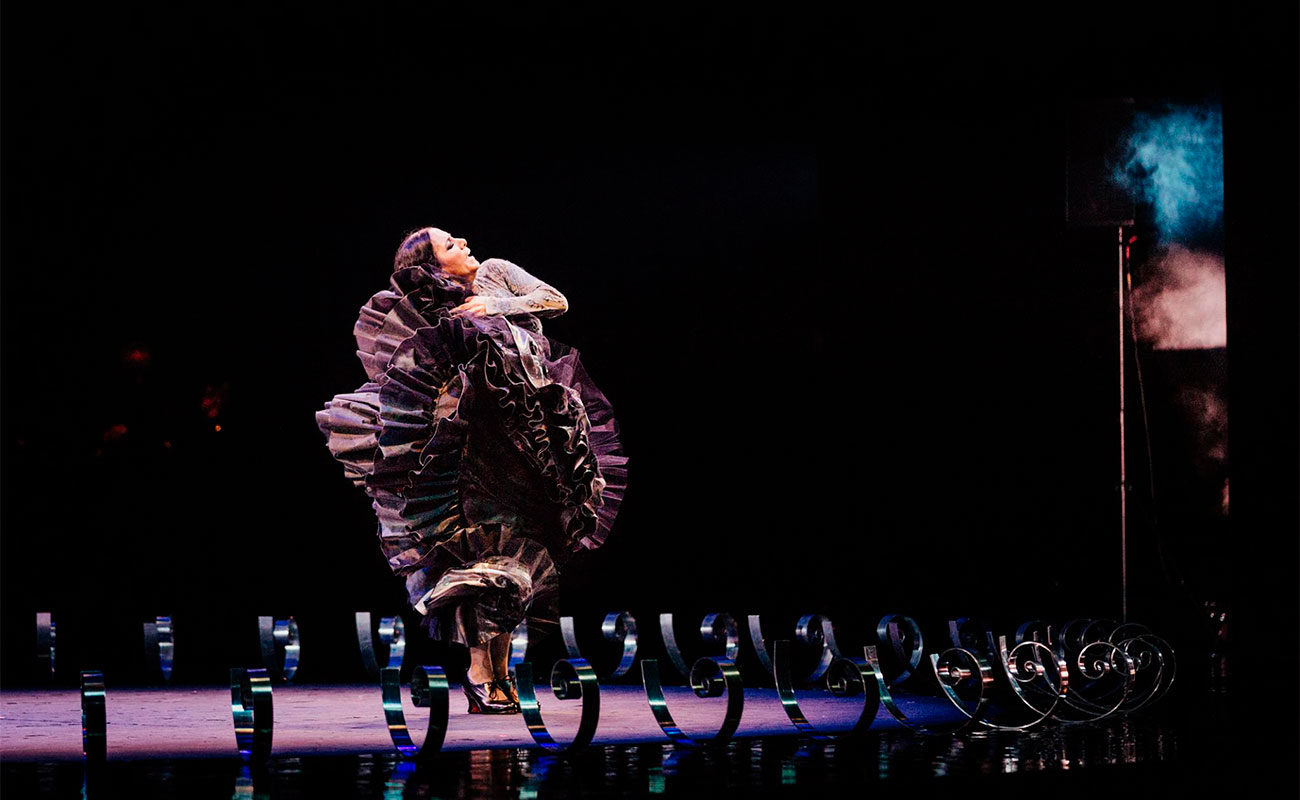 The world premiere of Flamenco Cardinal. Súplica de amor has taken place in Tokyo, Japan. This is the most recent production of Eva Yerbabuena, and it completes Díptico del Encuentro, together with Cuentos de Azúcar, which commemorates the 500th anniversary of the first circumnavigation of the world in 1519

This new production speaks about “the main things, the essential things, and it’s also about the four cardinal points of flamenco: we all start with rumbas and sevillanas, then we get deeper into saetas, vidalitas or zambras”, stated the artist to the EFE news agency. “It’s precisely inspired in what’s essential when it comes to create a show, when it comes to live life. Love is essential”.

“The first time I stepped into an academy, I started with sevillanas and the rumba Maruja Limón, and now I’m working with those once again”, explained Yerbabuena. With Flamenco Cardinal she explores overcoming the distance between people, from our initial need to find ourselves.

This is the second part of Díptico Encuentro. it includes palos flamencos such as soleás, vidalitas and saetas. But there’s much more. It starts with a rumba and ends with and adaptation of Jacques Brel’s Ne me quitte pas. “Alfredo Tejada sings it, very flamenco, very beautiful”, says Eva.

Before the presentation of Flamenco Cardinal, Eva Yerbabuena will tour Tokyo and Osaka with her Cuentos de Azúcar, a show created to weave stories using flamenco to intermix and traverse frontiers. This production was premiered in Spain in July 2018. On stage, it puts Eva Yerbabuena dance company together with the traditional chants of the Amami Japanese island and the region of Karou Watanabe, performed by Anna Sato.

“It’s not fusion, but a weaving of cultures. I dance when they sing and play, and all the workshops we’ve made with those instruments are brought on stage. This is also a tribute to Japan, because it’s a country where I’ve experienced flamenco for many years”, stated this bailaora regarding Cuentos de Azúcar. Both shows feature music by Paco Jarana, who also plays the guitar, and the cante of Miguel Ortega and Alfredo Tejada, winner of the 2017 “Lámpara Minera” prize.

This is the tenth tour that Eva does in Japan. The first one took place in the 1990s, and she stayed six months showing her talent in that country. She says that she had to get married to be able to go to Japan, which was a condition her father imposed before allowing her to travel with her then-boyfriend. She arrived in Japan with the guitarist Paco Jarana, her artistic and professional partner.

Eva Yerbabuena is clear about the reason this art is so popular in Japan, which is considered by many the second homeland of flamenco. “They know each cante, each style, each toque (…). It’s impressive”, says this choreographer. “What I really like about flamenco, what gives me the goosebumps” — she adds — “is it’s depth, and they (the Japanese people) have it. They are extremely deep, so much so that it’s very hard for them to externalize their feelings.”