The ‘Palau de la Música Catalana’ will host until the end of October the show ‘Vivir Flamenco’, a tribute to the Farruco and Carmen Amaya families. 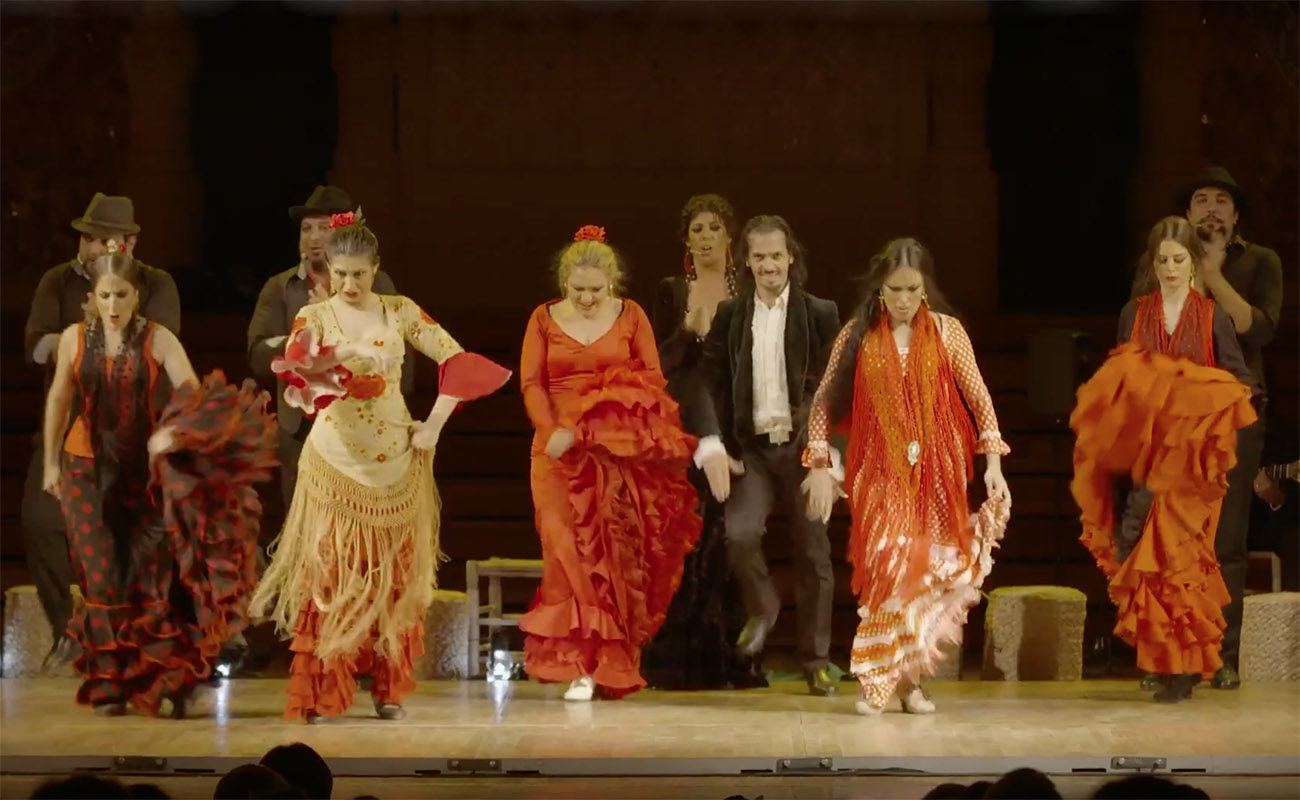 This fall, the Gran Festival Flamenco de Barcelona 2019 is on the final stretch of a journey that started on May 3rd, 2019 with the rerun of the show Carmen, Carmen, Carmen, conceived as a tribute to one of the best bailaoras of all times, Carmen Amaya, born in Barcelona itself. The relay was taken in September by the production Vivir Flamenco, directed by Luis P. Adame. The stage for this festival is the mythical Palau de la Música Catalana, built between 1905 and 1908 as the headquarters of the Orfeó Catalá.

Vivir Flamenco is a tribute to two of the greatest dynasties of Gypsy baile of the 20th century: the Farruco and the Amaya families. It was premiered at the Palau in 2015, with a performance by Juan Manuel Fernández Farruquito which earned him that year’s Critic’s Prize. The plot is a fictitious recreation of the antics endured by Gypsies when they first arrived in Spain’s Catalunya region via the Rhone in the 15th century. Those Gypsies are represented in this production by those two families.

Barcelona’s Great Flamenco Festival (Gran Festival Flamenco de Barcelona) has been organized since 2014 by the famous Tablao Flamenco Cordobés, a venue located in Barcelona’s Ramblas district. The greatest flamenco stars have performed on the stage of this tablao which opened in 1970 and has always promoted traditional, quality flamenco, steering away from the so-called “flamenco for tourists”. This venue has also become an active producer of flamenco shows, as attested by the creation of this festival.

Last performances: October 4th and October 25th at 9 PM .
Length of the show: approximately 90 minutes
Admission Price: between 12 and 54 euros.