The impressive lineup of the Jerez Gran Reserva festival was presented at City Hall before the mayor, Mamen Sánchez. The festival will take place at Jerez’s Plaza de Toros (bullfighting ring) on July 7, and it will honor Pansequito. The mayor was joined by Francisco Camas (the mayor’s deputy for Urbanism, Cultural Invigoration, Heritage and Security), Pansequito (the honored artist), José Luis Lara 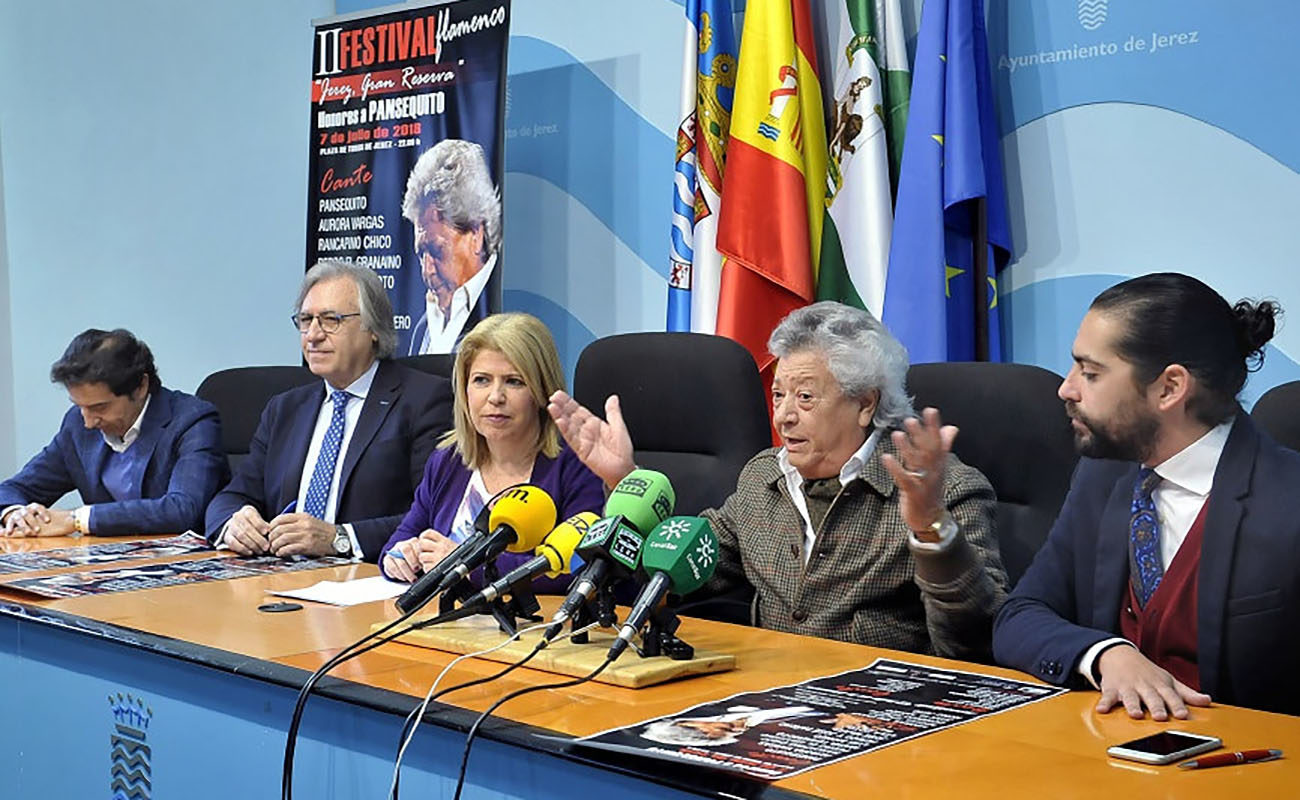 The impressive lineup of the Jerez Gran Reserva festival was presented at City Hall before the mayor, Mamen Sánchez. The festival will take place at Jerez’s Plaza de Toros (bullfighting ring) on July 7, and it will honor Pansequito.

Mamen Sánchez congratulated the promoters for their courage in contributing to the staging of one more flamenco festival in the city. “The first edition of this festival was a success, and when something succeeds it must continue. We at city hall believe in flamenco and in the Jerez brand, and also in those brave people who contribute to the creation of new festivals with first-class lineups”.

“That’s the basis for the flamenco industry: having promoters and artists willing to bet on Jerez’s flamenco and its promotion, locally and externally. From here, we wish a great success to the promoters of this 2nd ‘Gran Reserva’ festival, which features very good artists, not just from Jerez”, stated the mayor.

On his part, Francisco Camas, the mayor’s deputy, praised Pansequito and reminded us that “the goal of Government is to achieve an universality of flamenco, without loosing the uniqueness of each town”.

José Cortés Jiménez ‘Pansequito’ was thankful for being honored and recalled his close association with Jerez since he was a child. “Jerez is a reference for flamenco and all it has given have been very good. I feel fortunate of having friendship with great artists of Jerez”.

The promoter José Luis Lara thanked City Hall for all its support and involvement in the festival. “A festival which in its first edition was the second flamenco festival with the most public in all Spain is what makes us to continue betting for the flamenco of Jerez”. Regarding the honors for of Pansequito, he stated that “he’s a master who unites all generations”.

The gala will be hosted by Juan Garrido and José María Castaño, and the price for advance tickets is 18 euros in the stalls and 29 euros in the dress circle with numbered seats. The points of sale are Mala Música and www.tickentradas.com For further information, call 680 916044. 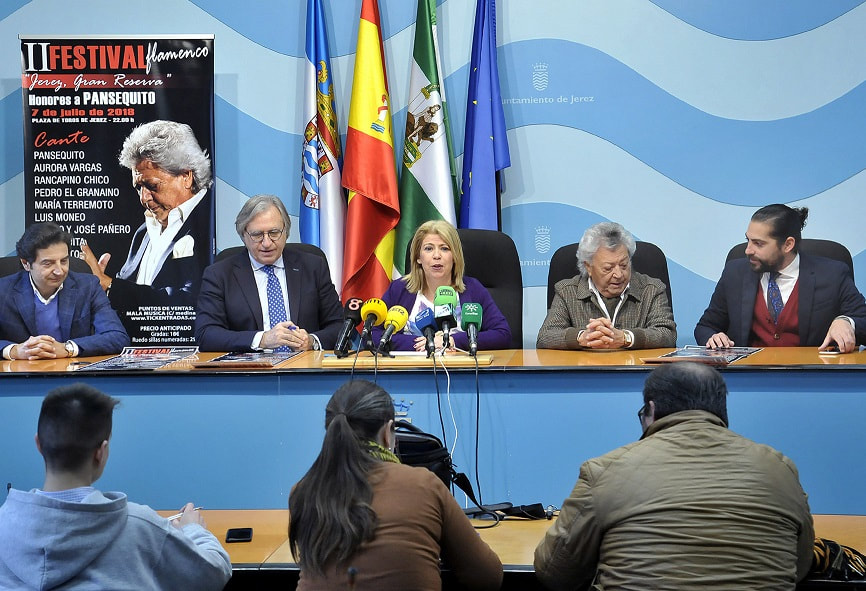