Flamenco and horses, united by the Cádiz Federation of Peñas Flamencas

The gala of the 1st Provincial Convention will take place on November 16th, on occasion of the International Flamenco Day. Jesús Méndez will sing accompanied by the guitar of Pepe del Morao, while the Royal Andalusian School of Equestrian Art will provide its horses 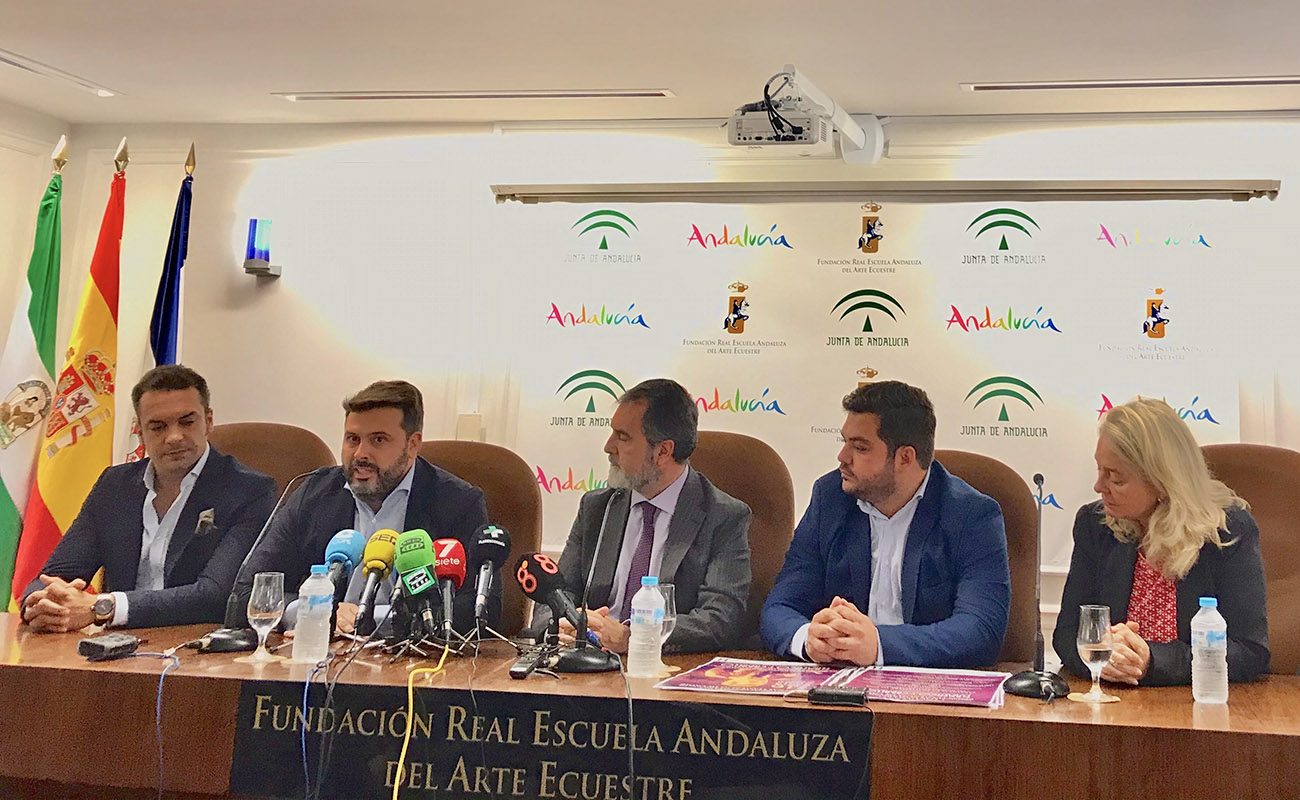 The Royal Andalusian School of Equestrian Art has hosted the presentation of the activities planned by the Cádiz Provincial Federation of Peñas Flamencas, on occasion of the International Flamenco Day, November 16th. In previous articles, we had mentioned the activities organized by Jerez’s City Council for this date and, as if that was not enough, we must now add the celebrations proposed by the peñas of Cádiz for this special day.

In fact, we must point out that, starting on November 11th, some of the peñas will host fun theatrical productions aimed at schoolchildren, with the goal of introducing flamenco to the new generations. We must also emphasize that other entities have preferred to host recitals of cante and toque in their venues, giving momentum to a week that is becoming the center stage of flamenco this Autumn season.

The most relevant event on November 16th will take place at 1 PM, just after the reception for all those willing to attend, having already paid a donation of ten euros. After this early gathering, the aficionados — whether they’re members of peñas or not — will proceed to the huge Exhibition Hall at the Gardens of the Royal School where they’ll be able to enjoy the show Cómo bailan los caballos andaluces (How Andalusian Horses Dance) with Jesús Méndez‘s cante and Pepe del Morao‘s toque. «This is a new experience in my career which I’m really looking forward to», admitted Jesús himself, also adding that  «we want to achieve the most natural and spontaneous communication between flamenco and horse, based on what Manuel Morao did years ago with the support of Rafael Soto (Olympic horseman from Jerez)».

After this event, which will have an approximate duration of 75 minutes, the Federation will confer a sculpture to Peña Flamenca Los Cernícalos in recognition of its great work in behalf of flamenco on occasion of the 50th anniversary of its foundation, being the first peña in the province of Cádiz. This act is planned to take place at 2:15 PM, followed a celebration with stew tasting and bar and kitchen service at the Museo del Enganche (Horse Carriage Museum) with all the peñas of the Federation. 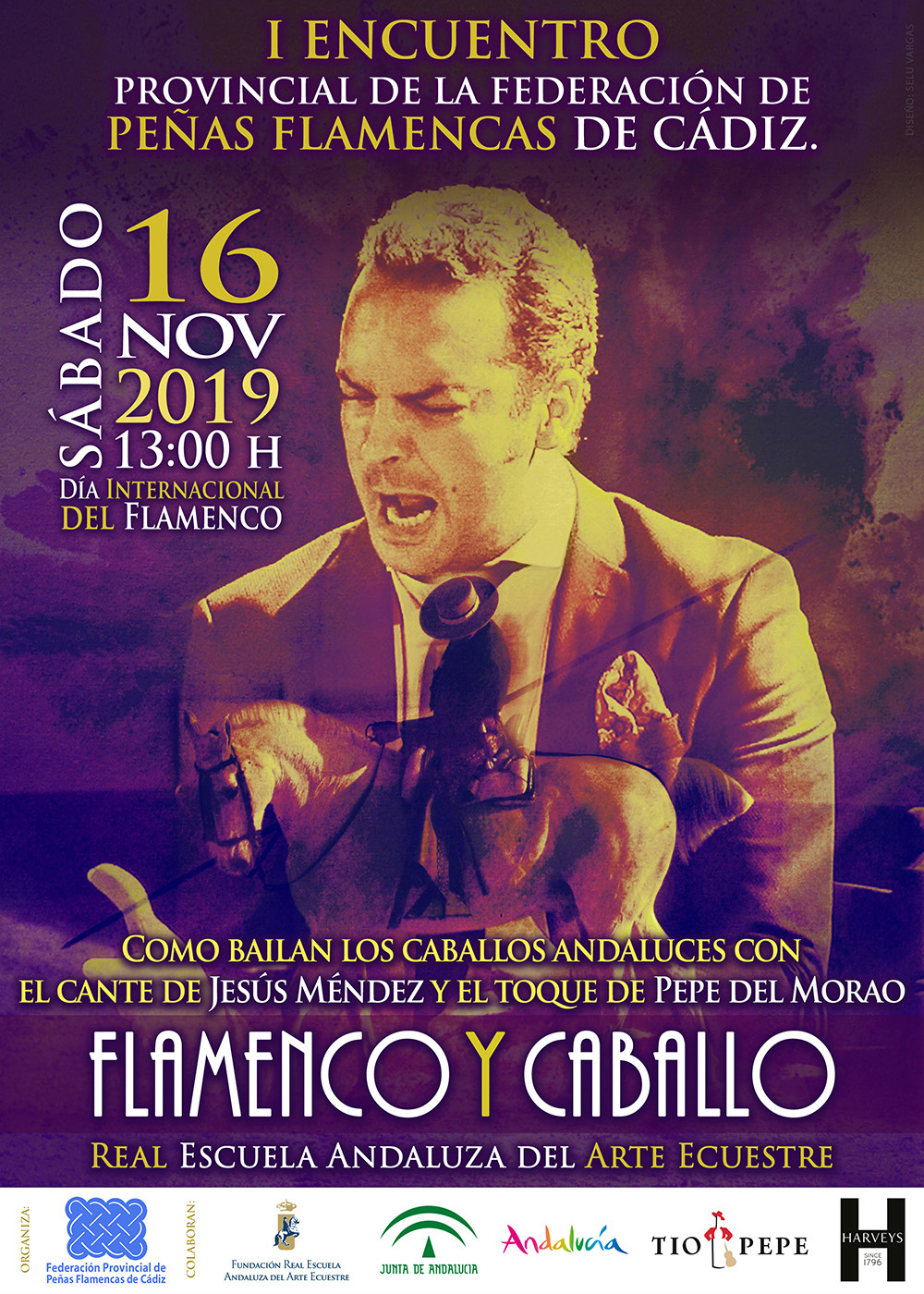 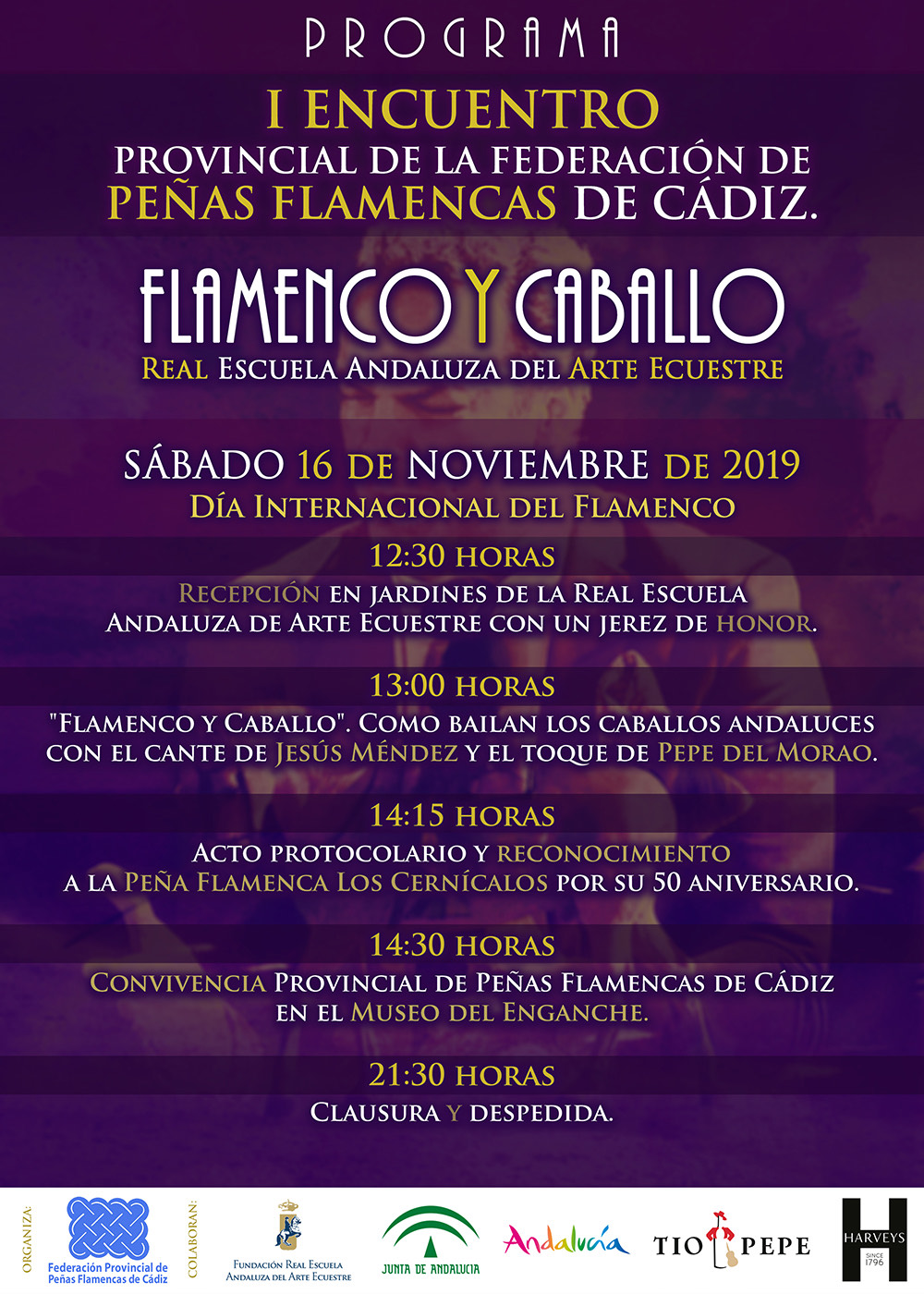 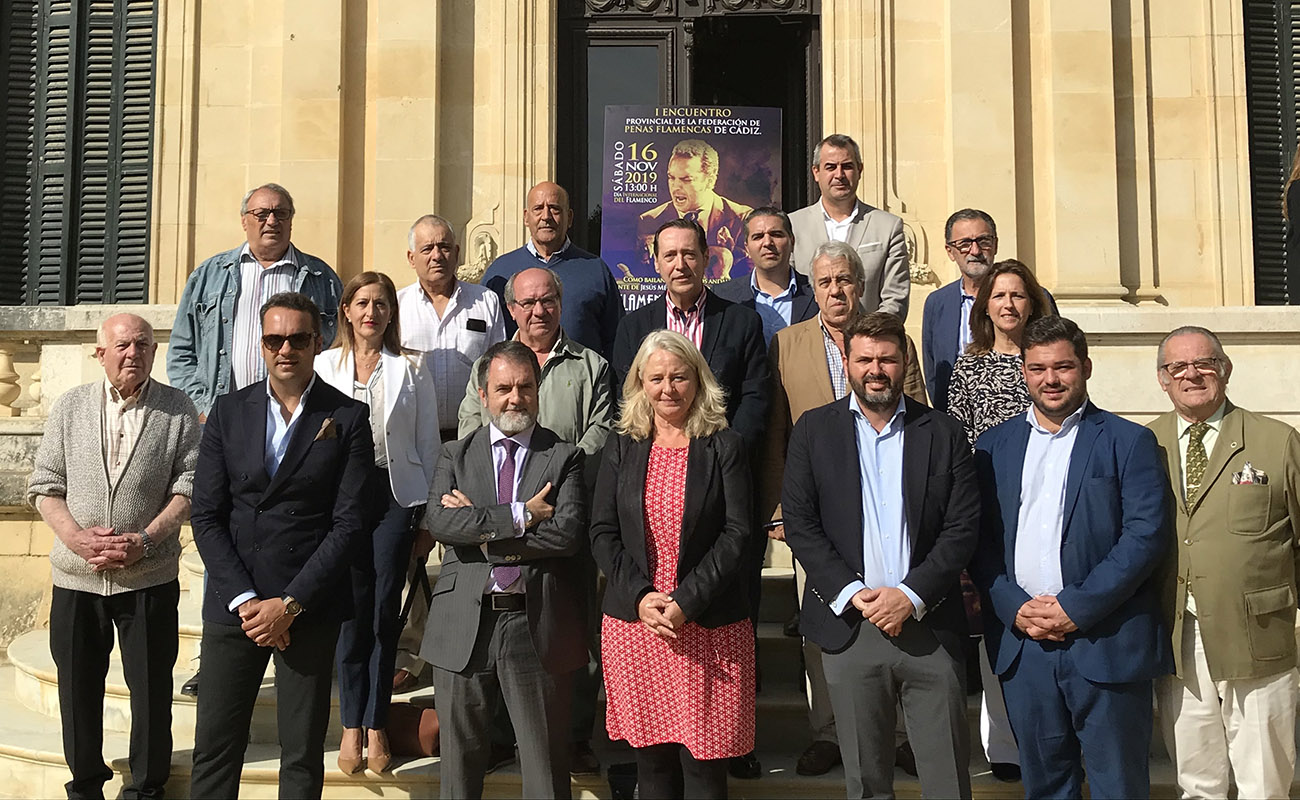