Flamenco in the Costa del Sol 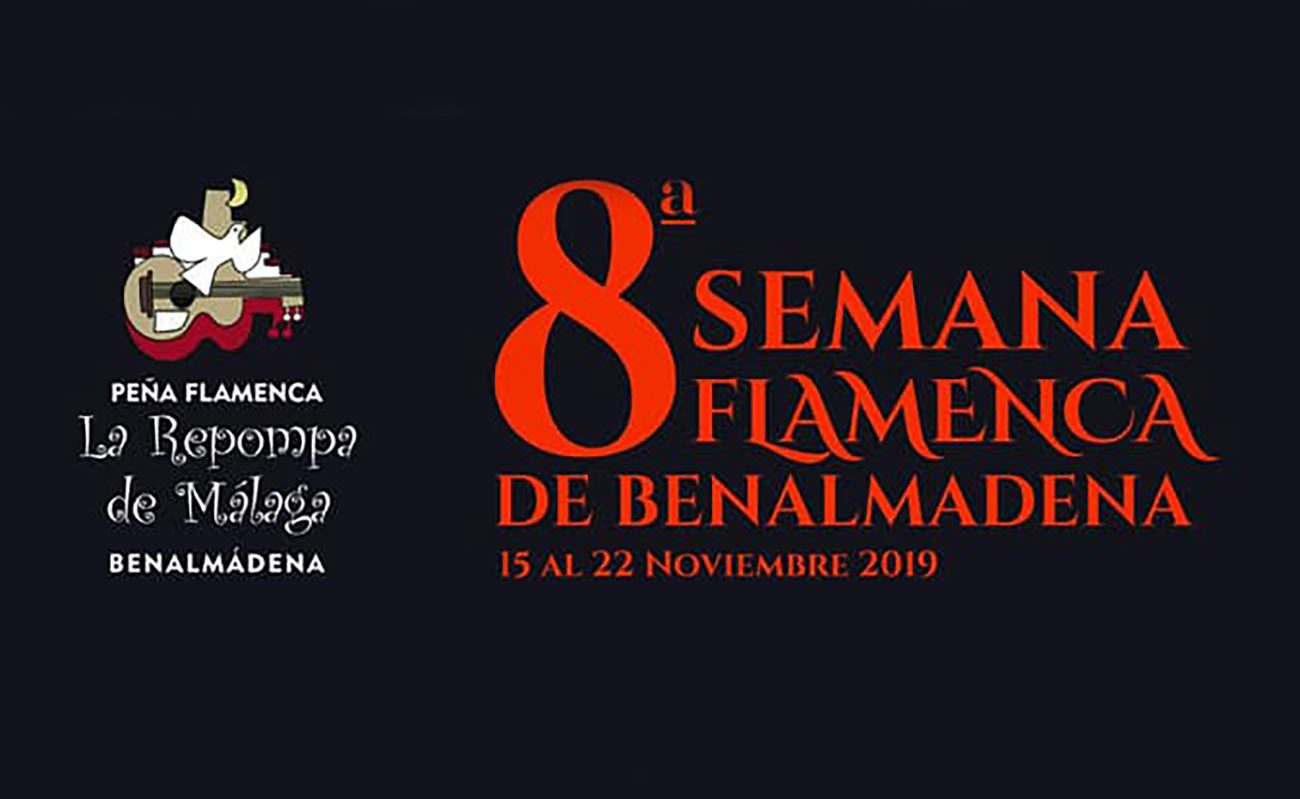 As the echoes of the last Bienal de Arte Flamenco de Málaga still reverberate, flamenco aficionados will be able to enjoy yet another important event showcasing arte jondo in Málaga’s Costa del Sol: the 8th Flamenco Week of Benalmádena, which will take place between November 15th and November 22nd.

This event has been held in this city in the province of Málaga since 2011. It’s organized by Peña Flamenca La Repompa de Málaga, with the collaboration of the Culture Delegation of Benalmádena’s City Council. Its creation was inspired by the official designation of flamenco as Intangible Cultural Heritage by UNESCO in November 2010. Thus, the Flamenco Week was added to the other existing flamenco events in that municipality, the better-known of them being the Festival de Arte Flamenco de Benalmádena, which has been taking place for thirty-eight years.

The poster and lineup of the Flamenco Week was presented on October 18th at the Culture House in Arroyo de la Miel, a town belonging to the Benalmádena municipality. On that occasion, Amparo Heredia Reyes La Repompilla, joined by the guitar of Luis el Salao, performed to great acclaim. Amparo is the daughter of cantaora Rafaela Reyes La Repompilla and niece of the famous Enriqueta Reyes La Repompa, after whom the peña organizing this event is named.

The events programmed for the 8th Flamenco Week of Benalmádena include recitals of cante and guitar, featuring renowned artists such as Manuel de la Tomasa, Luisa Muñoz, Isabel Guerrero Alarcón, Paqui Ríos and Miguel Ángel Cortés; a recital of poems by the poet Manuel Alcántara, from Málaga, dedicated to the present edition of the Flamenco Week; the screening of the documentary Alalá (Alegría), by Remedios Malvárez; and the performance of the show El canario más sonoro (Semblanza de Juan Breva), directed by Salvador Pendón. These events will take place in five different venues: the Culture House in Arroyo de la Miel, the El-Bil-Bil Castle, The Bullfighting Museum Cultural Center and Peña Rociera Benalmádena. For further program details, see the event poster below. 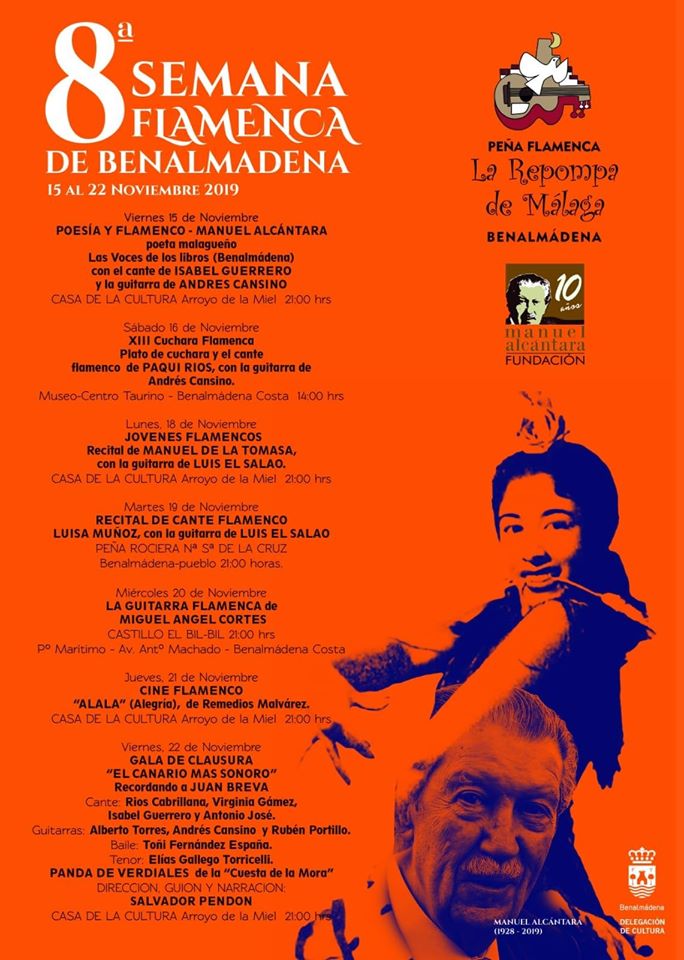