‘Flamenco on ice’, figure skating and flamenco in Japan 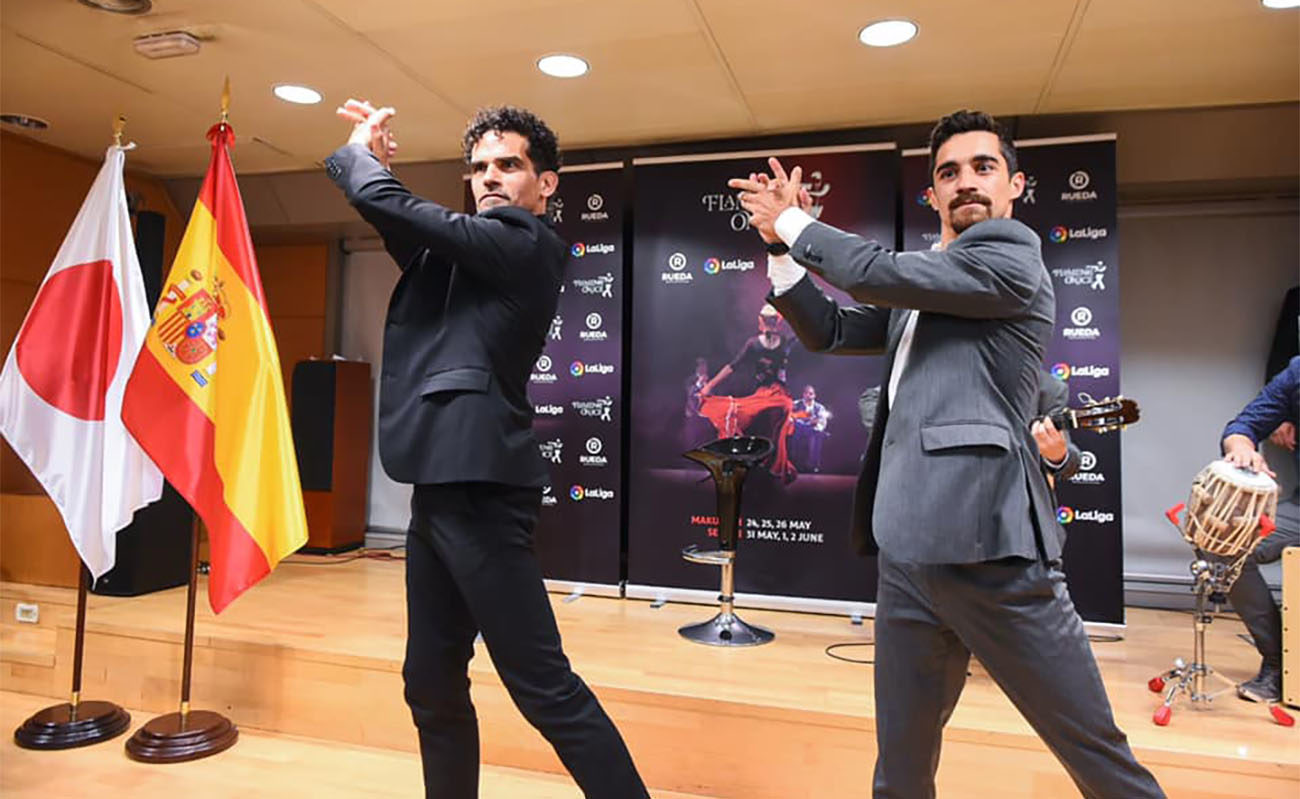 Flamenco. What comes to mind? Certainly the talent of so many bailaores and cantaores, compás and the sound of a guitar. Less likely would be associating flamenco with figure skating. This has now changed with the great success of the show Flamenco on ice, presented by the figure skater Javier Fernández in Japan.

The fusion of flamenco and figure skating

This is a show that fusions figure skating and flamenco, having the Spanish cultural identity as the leading thread. Between May 24th and June 2nd, Javier Fernández and Antonio Najarro — director of Spain’s Ballet Nacional — achieved great success in that Asian country with three shows in Tokyo and another three in Sendai.

This Project will also tour other countries. «Japan had to be the first one, because the Japanese love figure skating and flamenco», explained Fernández. I think we’ve created something unique. We are exporting Spain’s culture and traditions and I sincerely hope that the next year we’re able to take this show to other countries, besides Japan», the skater continued.

Japan, enthralled by this flamenco show

It seems like this first stop has absolutely enthralled the public. «Of all the times I’ve come to Japan,  — invited as a choreographer for figure skating shows — this one has been the most gratifying, without a doubt», added Antonio Najarro in a press release.

«Spanish figure skating and flamenco have got together and have enthralled and touched the hearts of the Japanese public» (Antonio Najarro, director of Spain’s Ballet Nacional)

For this show, Javier Fernández was joined on ice by Celia Robledo, Javier Raya, Sonia Lafuente and his sister Laura Fernández. «Sharing the stage with Javi, seeing him skate the malagueña that I created for him with such love,  listening to the worderful composition and performance of the guitarist José Luis Montón, joined by the voices of María Mezcle and Saray Muñoz, and the percussionist Odei Lizaso, and hearing the cheers of over 30,000 Japanese spectators who were able to enjoy Flamenco On Ice, makes me go back to Spain feeling that I achieved something unique», stated Najarro.