The Flamenco on Vinyl project was born to allow listeners to hear flamenco pieces in a very special format with an exceptional sound. Works from Diego El Cigala and Capullo de Jerez can be found in the music catalogue.

There are few things so impressive as listening to flamenco live in a tablao or theatre. Such sounds which live on in your memory, despite only having listened to them once and knowing you never will again. The project titled Flamenco on Vinyl has arrived to offer a unique experience to fans of the jondo art. In a special format, it revives memories of those flamenco wails, allowing them to be relived in the privacy of your own living room as many times as you like.

“Flamenco on Vinyl is born from love, from the desire to enjoy some of the works of modern flamenco which never saw the light in this format. The involvement of the groove, the experience of the tangible and the quality of the shock of the needle with the disc combined with palmas, the first notes of the guitar and the first wail, make every record a unique experience”, their official website describes.

“We want to offer the records which have left their mark on us and shaken up our gardens, living rooms and parties. Records which have taken us through the good and the bad, and have made us feel a way we’ve never felt before. This time, in twelve inches and with the magic and rituality that comes with a vinyl record”, the project explains.

There are two albums which Flamenco on Vinyl are offering. Firstly, the work titled Entre vareta y canasta by Diego el Cigala. Secondly, Este soy yo, by the one and only Capullo de Jerez. Both copies are available in a basic black colour, as well as in an olive green for El Cigala and a marbled blue for Capullo de Jerez. The coloured vinyl are special limited editions.

Diego el Cigala has one of the greatest flamenco voices around. Charismatic and with a very extensive discography of styles. Perhaps his most flamenco side is shown on Entre Vareta y Canasta. A record which discovers his roots and originally came out in the year 2000. Already a classic, it is now released for the first time on vinyl.

The other available work of Flamenco on Vinyl is Este soy yo, the popular album by Capullo de Jerez. A brilliant record with the strength and power of one of the best representatives of el cante from Jerez. An album which marked a great leap into the limelight by one of the most loved flamencos of all time. With this album, the versatility of the cante from el Capullo de Jerez is made quite apparent – he is as comfortable with the most animated rhythms of bulerías and tangos as he is with the more serious martinetes and fandangos. A voice and presence which elevates with every listen. A fantastic collection of cantes which we have enjoyed for a whopping two decades and can now be enjoyed, for the first time, on vinyl. 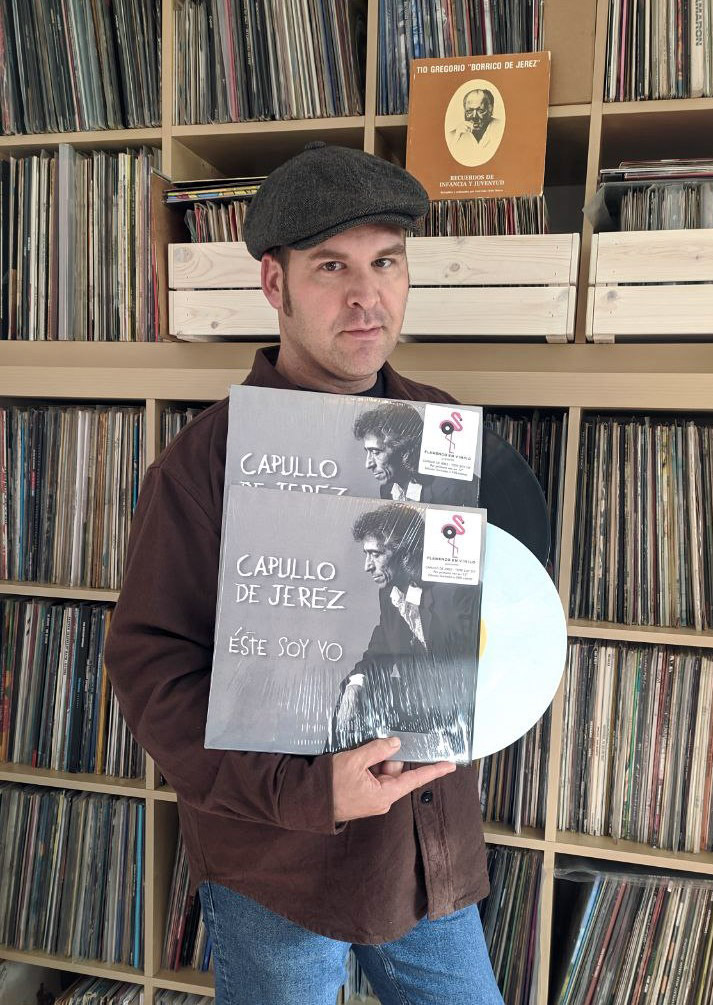