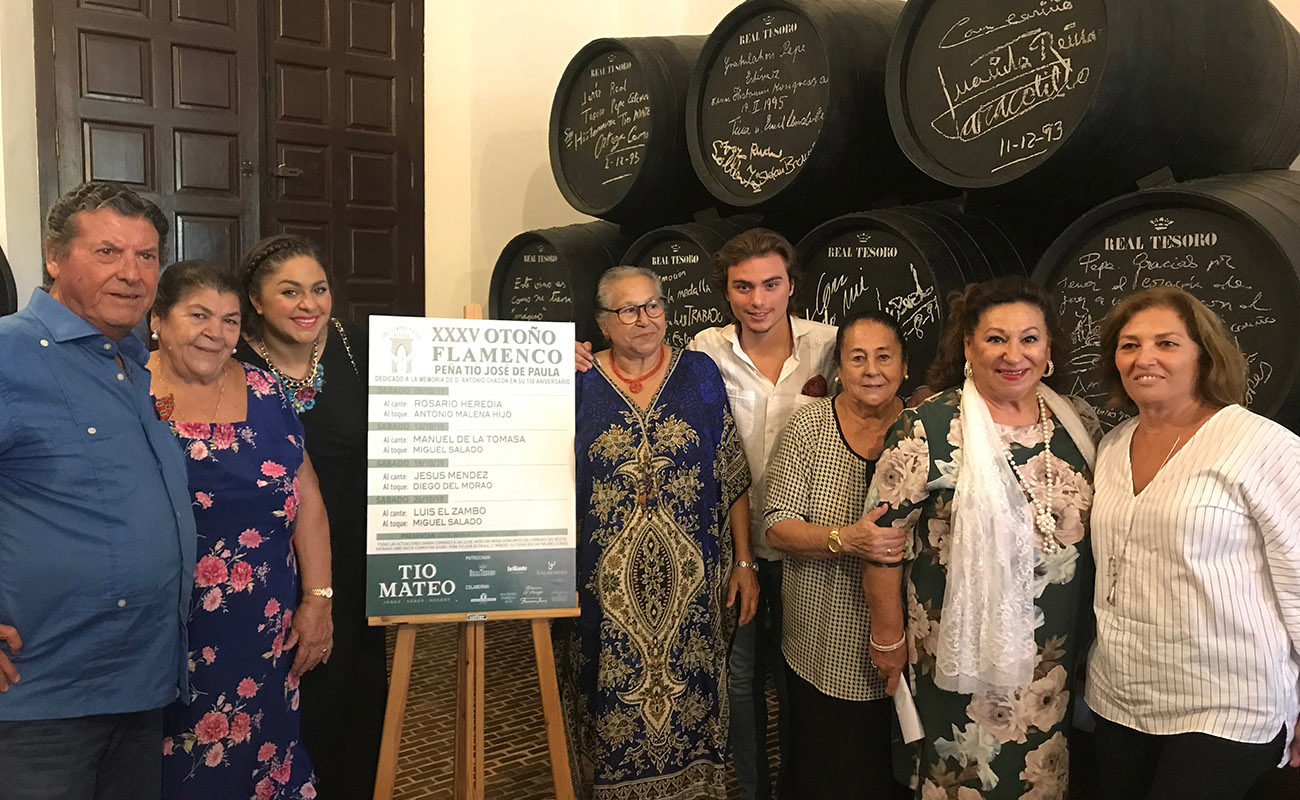 As it happens every Autumn season — and it’s been 35 consecutive years already — Peña Tío José de Paula has presented its schedule of events for the months of October and November. This Saturday, October 5th, this venue at Merced Street in Jerez’s Santiago neighborhood is planning to start the series with the cante of Rosario Heredia, who will be joined by the guitar of Antonio Malena Jr. Thereafter it will be the turn of cantaores such as Manuel de la Tomasa, Jesús Méndez and Luis ‘El Zambo’ with their respective guitarists.

The president of this peña, Joaquín ‘El Zambo’, expressed his gratitude to the collaborating businesses, particularly Bodegas Marqués del Real Tesoro, part of the Grupo Estévez, which hosted the press conference and, above all, pointed out that «the effort of the peñas is constant and without the participation of the members and the good understanding of the artists none of this would be possible». One of aspects worth highlighting about this series is that it’s dedicated to Don Antonio Chacón in the 150th anniversary of his birth. The Course of Cante Teaching, taught for 23 years in this peña, will offer lectures about this acclaimed artist. The event was attended by the president of the C.C.F. ‘Don Antonio Chacón’, Juan Alfonso Romero, and the president of Jerez’s Federación de Peñas Flamencas, Jesús López.

Rosario Heredia is a young cantaora belonging to one of the most flamenco families of Jerez, from the Asunción district, and is one of the most promising voices in the city. On Saturday, October 12th, it will be the turn of Manuel de la Tomasa, grandson of José and great-grandson of Tomasa, who will be joined by the guitar of Miguel Salado. Manuel stated that he is very «excited because all the great artists of the last few years have performed in this peña, and my own grandfather told me that its members are very demanding». Jesús Méndez and Diego del Morao are scheduled for Saturday, October 19th, at 10 PM, like all other recitals. This duet is without a doubt one of the big surprises in this year’s series. Finally, on October 26th, the last Saturday of the month, the series will be closed by a veteran artist of Jerez, Luis ‘El Zambo’. This cantaor from the Santiago district expressed his joy for «being at home, with my people, in my neighborhood». Luis, who will be joined by Miguel Salado, expressed being thankful for the opportunity to perform because he «seldom sings in Jerez anymore».

On the other hand, the 23rd Course of Cante Teaching will be taught once again by Joaquín ‘El Zambo’ and Antonio Higuero, assisted by Manuel Naranjo, Alfredo Benítez and José María Castaño.

Admission for the recitals and the course is free. 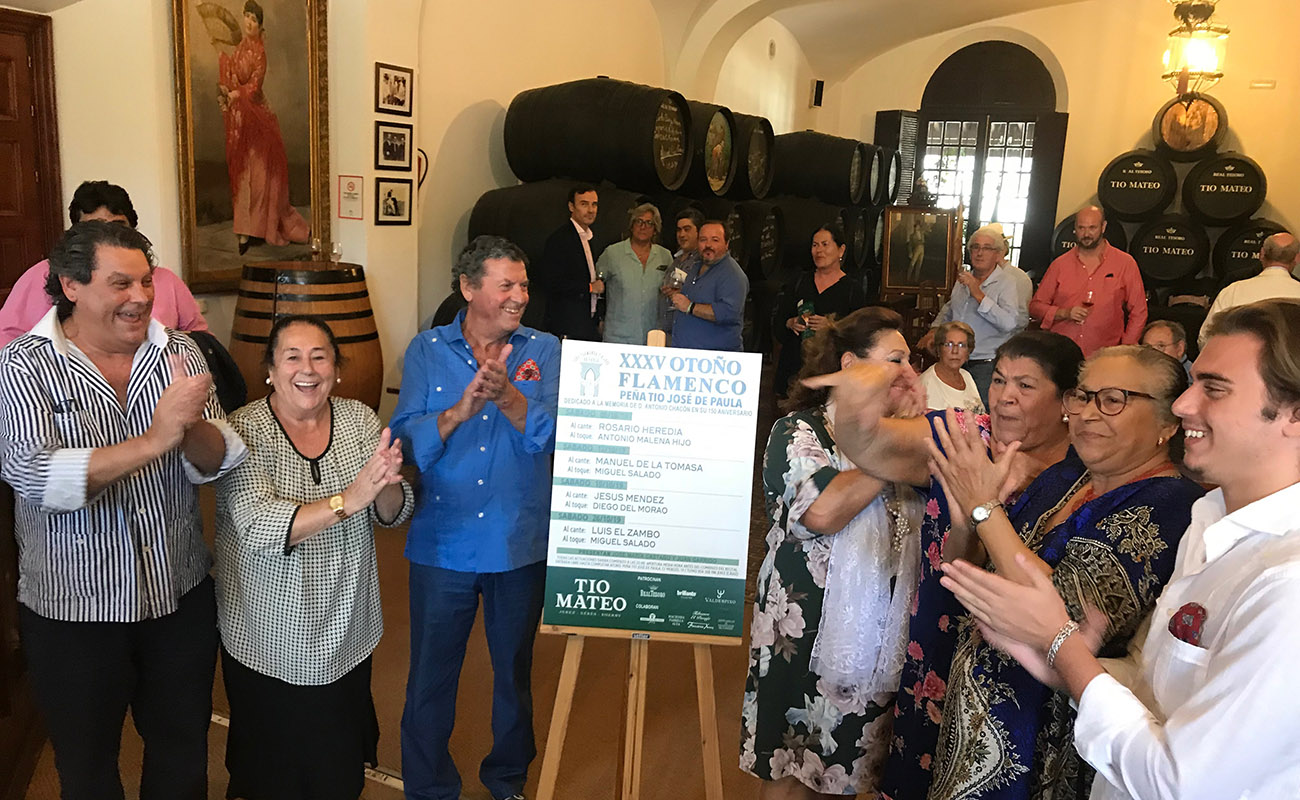