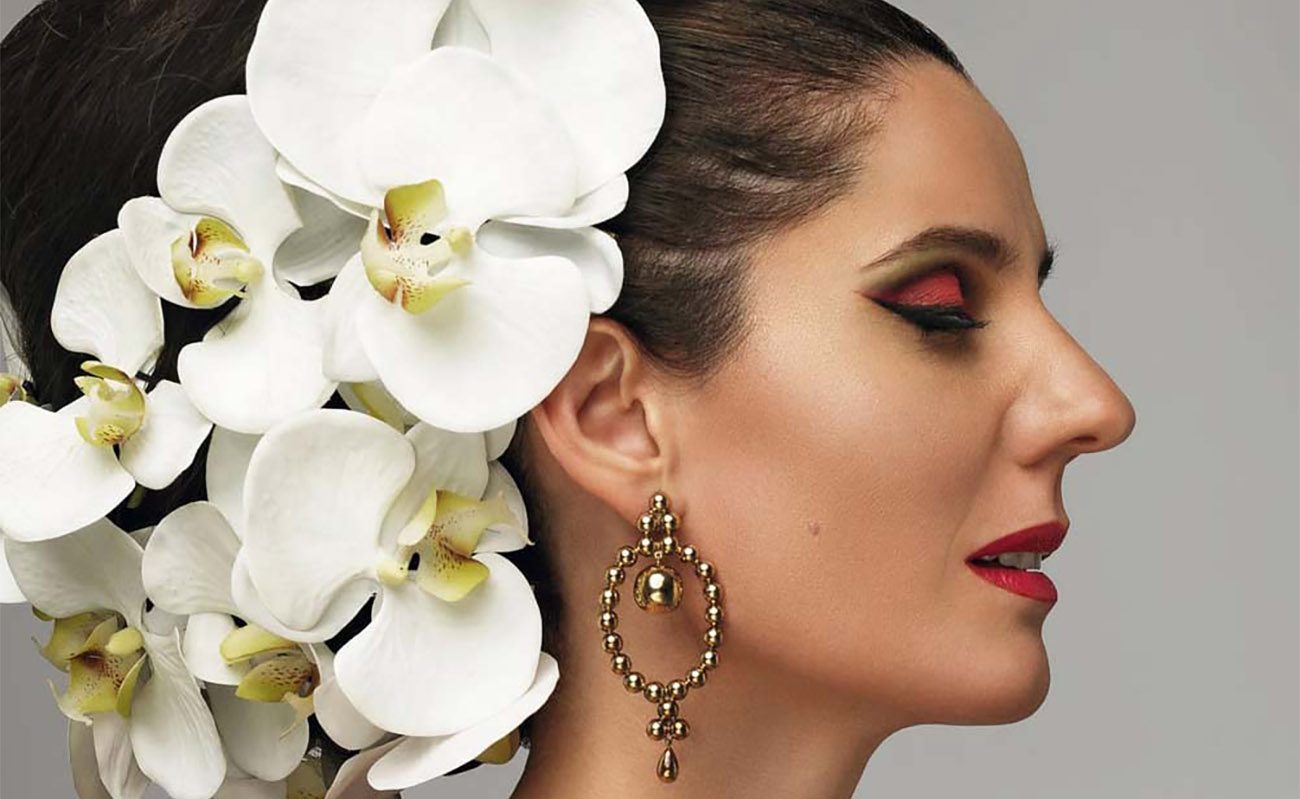 It was in 2005 when the wider public discovered Diana Navarro’s harrowing voice. This artist, born in Huelin (Málaga), took by storm the world of music with her single Sola, from her album No te olvides de mí. «El amor tiene una barca que me lleva hasta el dolor» («Love has a boat that takes me to heartbreak»), the lyrics read. It was impossible not being moved by that new style mixing saetas, tangos and pop ballads. Harrowing.

Fourteen years later, critics and fans of Diana Navarro haven’t forgotten this artist from Málaga. On November 1st, 2019, she’ll officially release her eighth studio album, Inesperado (“Unexpected”). This is a CD with eleven emotive tracks where copla is blended with trap. It’s an album full of variety which never sets aside its essence: copla and flamenco.

«I’ve always liked to fusion traditional music with other styles. It can be defined as symphonic-electronic flamenco neocopla, like I like to call the style that encompasses what I do», says the artist herself in an interview for Telemadrid.

With Inesperado, Diana Navarro confirms she’s experiencing a mature and sweet period in her career. Her art and impressive voice «pierce the listener with each note and each word through her acrobatic melismas. Her straight poetry and original compositions guarantee a unique experience» states the record label in the press release.

Among the eleven tracks, the first single, Encrucijada (Crossroad), stands out. This is a tribute to one of her idols, Marifé de Triana, in trap style. Also noteworthy is Cuando venga el amor (When love arrives), featuring a music video by Krea Films Producciones where the artist bares her body and soul.

«My nephews listen to trap and I wanted to show them what can be achieved with more poetic lyrics. I love trap music, but its lyrics horrify me. As I tried to emulate Marifé de Triana’s Tu cara me suena, I thought of this and that’s how Encrucijada came to be. Beatriz Luengo and Mala Rodríguez have been my guides to learn the rap part. Since 2005 I’ve been fusing my musical roots with different styles. Sola is based on a media granaína with a bass line inspired by Michael Jackson‘s Billie Jean, and I sing the saeta with an electric guitar», states this artist in an interview published in the Diez Minutos magazine.

The production of Inesperado — released by Warner Music Spain — has been in charge of Bori Alarcón. Several great musicians, such as Paco Salazar, Iñaki García, Carlos Vera, Pedro Vázquez, Chico Valdivia, Arco y Luis Ramiro, among others, have collaborated in the making of this album.