Jerez’s Local Federation of Peñas has started the proceedings to bestow the title of ‘Adoptive Son of the City of Jerez’ upon don Antonio Benítez Manosalbas, a well-deserved and fitting honor. 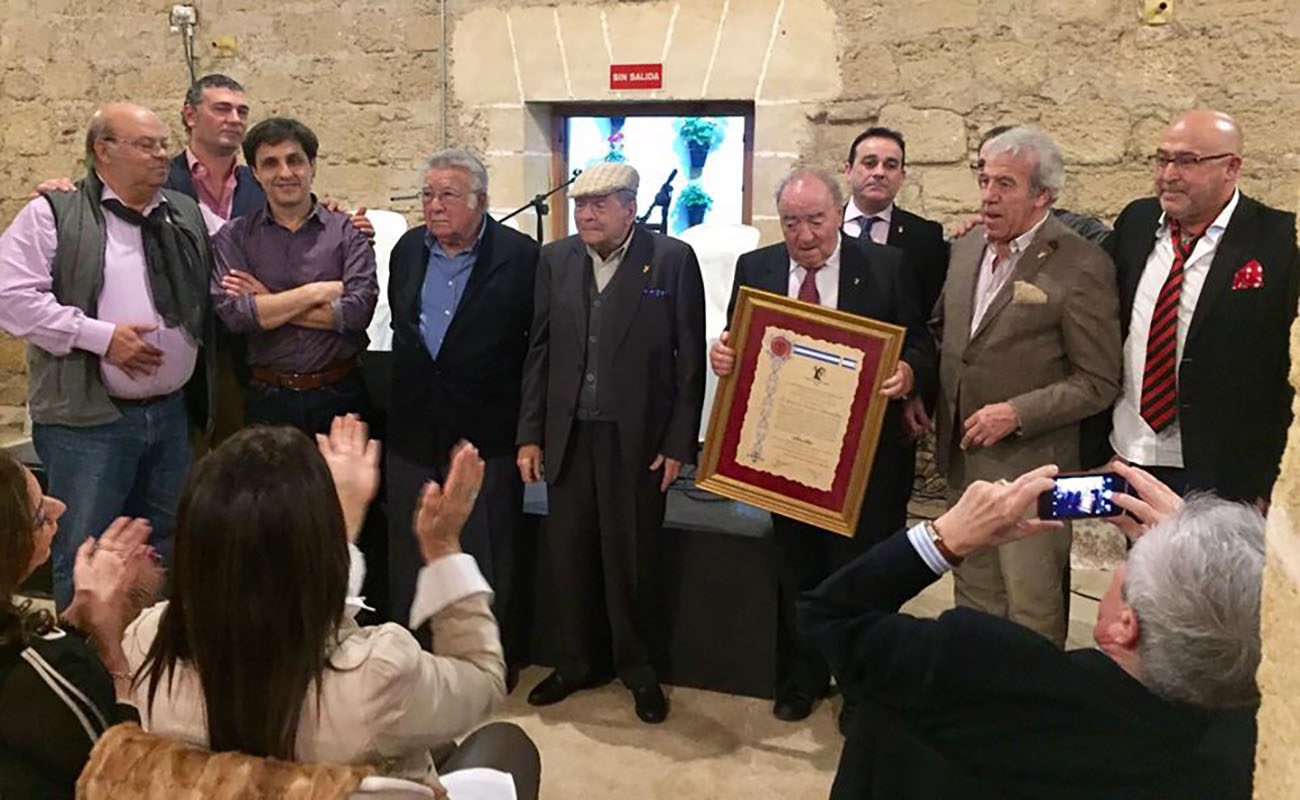 It’s been 50 years since a group of Friends and flamenco aficionados decided to create the first peña flamenca in the province of Cádiz (It’s also the third oldest in the world, becoming established at almost the same time as La Platería in Granada and Juan Breva in Málaga). Back then, fourteen young men dared to formalize spontaneous gatherings which became meetings of cabales (as flamenco buffs are called). Nowadays, only four of those original founders of Peña Los Cernícalos remain: Joaquín Rodríguez, Juanenri, Pepe Mateos and Antonio Benítez, who is known by everyone as Antoñín. The latter was appointed president without his knowledge, as he left for work when his friends met in his yard and decided he should lead the brand-new entity. During the five decades elapsed since 1969, the good Antoñín not only has offered the yard of his house, which is basically his private yard, but has also fulfilled various roles in the board of directors and continues to encourage the new generations.

We must remember that in those days, during Franco’s dictatorship, it wasn’t easy to organize a gathering of friends, as a government delegate was required to attend. And why would a peña be named after a bird? (“cernícalo” meaning “kestrel”). It was curious. Some suggested naming the peña after Fernando Terremoto, others after Agujetas, but others argued that choosing specific artists would limit the entity to focus on them, their music, their cantes, their descendants… so they decided to adopt an analogy with the kestrel, a small bird of prey who hunts by night. The group of fourteen friends would also go out at night, to talk about cante at Kiosko del Retiro, which was the original meeting place. Months after getting this adventure started, they moved to a hall at El Pelirón district of Jerez, where they could invite friends and artists to contribute to their invaluable gatherings. Then they moved to Estancia Barrera, next to Tio Juane’s metal workshop, until they finally settled at their current address on Sancho Vizcaíno Street in the San Miguel district.

Among the merits of these great, lifelong flamenco aficionados we can mention offering advice to other peñas that were later established, regarding regulations and guidelines, organizing recitals of great quality, bringing out of oblivion flamenco artists from the old days, promoting the most traditional cante and also fostering new generations through contests, advice, recording of albums and academic training in the entity itself… We can’t forget their flagship events:  Pregón Flamenco during Holy Week  — 46 editions up to this year —, the International Flamenco Guitar Contest — which won’t take place at this moment due to lack of funding — and the series Noches de La Plazuela, in its 29th edition this week. Saetas have also featured prominently in the programs of this peña.

Last Saturday, May 25th, the guitarist Diego del Morao performed a dreamy recital in the stage of this peña. This Saturday, June 1st, the protagonist will be María del Mar Moreno and her Jerez Puro with Antonio Malena, among others. Then, on June 8th, Familia del Tío Juane (with Nano de Jerez and Niño de la Fragua) will perform. It’s a lineup of indisputable quality that commemorates an anniversary attesting to the positive impact of this peña, which has featured performances by artists of the stature of Manuel Agujetas, Manuel Moneo, Paquera de Jerez and have had the friendly support of Paco de Lucía and Manolo Sanlúcar.

All of that is the result of love for flamenco, particularly Antoñín’s, without trying to minimize the contribution of the other members. This 87-year-old man from Córdoba (born in 1933) has always looked after the peña, its activities and its respect for cante jondo. He experienced the Spanish Civil War, endured hunger, saw people die and settled in Jerez when he was just 13 years old, where he was welcomed with open arms as he worked in the fields and later as a bellboy in one of the city’s casinos and befriended Gypsies and non-Gypsies, rich and poor, alike. That’s why Antonio has always gotten along well with flamencos, because he understands hardship, being excluded from society and the value of respecting others. Now, Jerez’s Local Federation of Peñas has started the proceedings to bestow the title of ‘Adoptive Son of the City of Jerez’ upon don Antonio Benítez Manosalbas, a well-deserved and fitting honor. 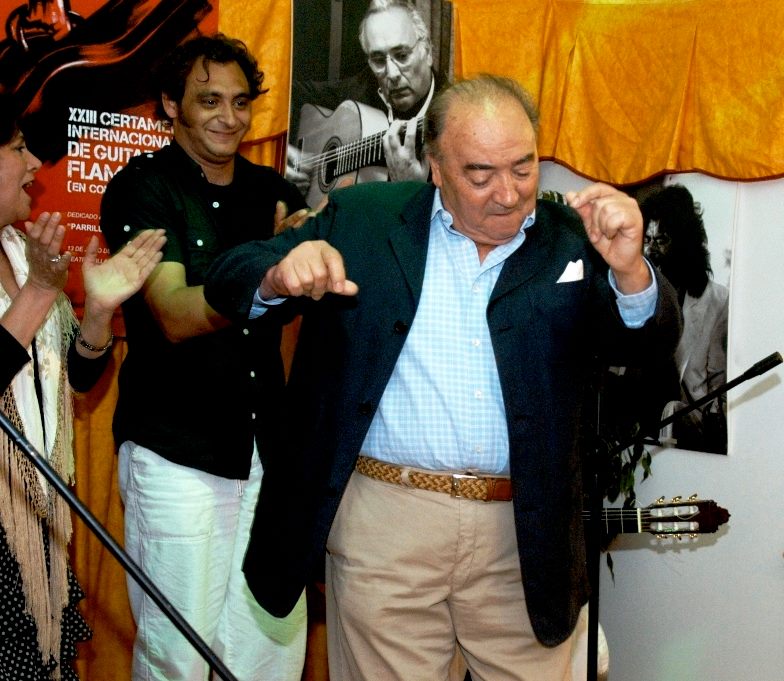 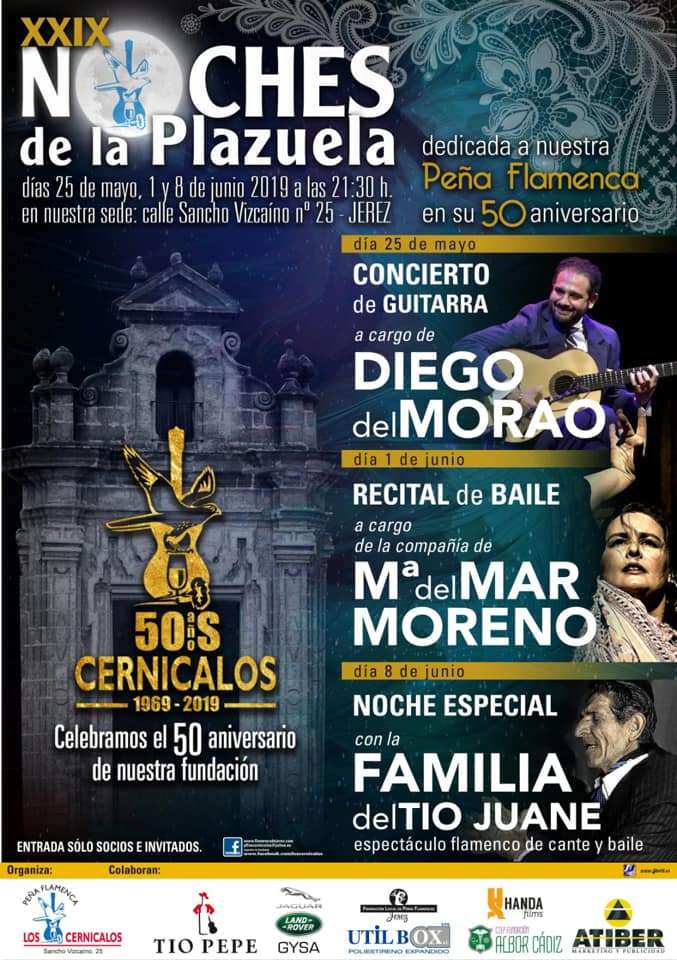