Home / Actualidad flamenca  / José Carpio ‘Mijita’: “Tío Panseco is a great innovator, defender of purity and a god of flamenco”

José Carpio ‘Mijita’: “Tío Panseco is a great innovator, defender of purity and a god of flamenco”

After performing in places like Málaga, Ronda and Motril, this cantaor is planning his summer schedule, with the Festival 'Jerez, Gran Reserva' as one of the highlights. 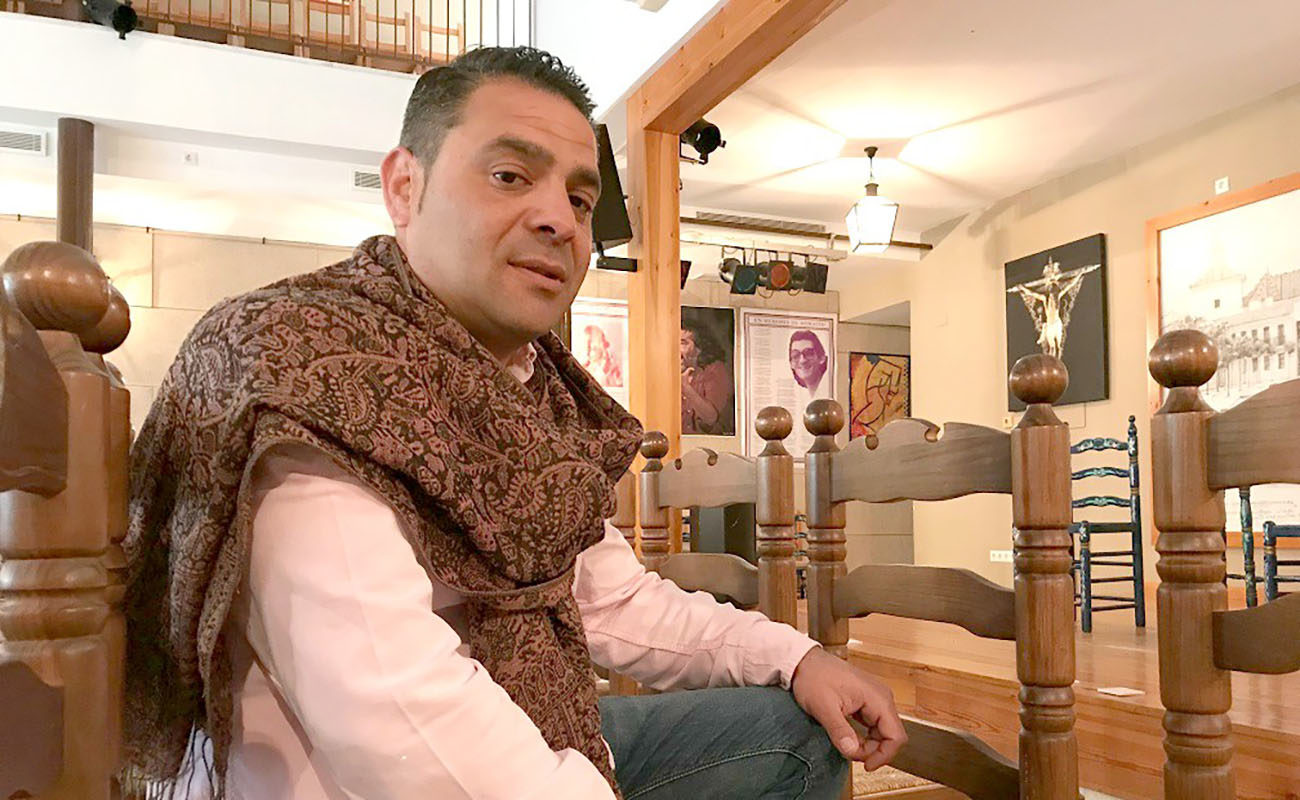 The event for the official presentation of his last album ‘Se llama flamenco‘ (El Flamenco Vive, 2016) in Jerez was quite a happening, having sold out. The Sala Paúl venue in his hometown was not big enough to fit all the aficionados who follow and admire José Carpio Fernández ‘Mijita’. The youngest of this renowned family of cante, from La Plazuela neighborhood in Jerez, has been working hard since he was a child to make a name for himself as a cantaor, and he’s succeeding, although he acknowledges it’s “not easy, because I can only get ahead little by little, without much help”, although he feels the “warmth of my public”, stating without hesitation that “I feel much loved in my hometown”. That album earned a nomination for the Latin Grammy Awards in the Best Flamenco Music Album category, something that “surprised me and greatly encouraged me to continue working hard each day”.

That was his second solo album, after the release of ‘La Plazuela en estado puro‘ (La Bodega Flamenco, 2014), “which was an adventure and also very well liked, as I could see when I premiered it in a live performance in the Claustros de Santo Domingo venue, where I was joined by Capullo de Jerez, Carmen Herrera and my father Mijita”. With his father and brother Alonso, he also produced an album titled ‘Estirpe, de pare a hijo‘ (La Bodega Flamenco, 2015), which was taken to the stage of the Villamarta theater, with Miguel Poveda as special guest. That was not the first time when José joined other colleagues in a recording studio, as in 2008 he had collaborated in ‘Nueva Frontera del Cante de Jerez’, sponsored by the BBK savings bank, where he had already revealed his special charisma.

In these last few months “I haven’t had a break”. Since his performance at the Villamarta theater with Peña La Bulería (the last performance of 2017), this cantaor has performed in the stages of cities such as Motril, Ronda and Málaga (where he performed with Rancapio Chico and Juan Villar), has taken part in the courses offered at the Festival de Jerez and he’s already planning his summer’s schedule. “I’m still finalizing some contracts and I don’t want to say anything, because things aren’t firm yet, but it’s looking good, there are several promising festivals ahead and I’m always thankful for the trust people have in me”, he said. One performance that is confirmed is the one at the Festival ‘Jerez, Gran Reserva’ in honor of Pansequito, which will take place on July 7 at Jerez’s Plaza de Toros. Being present at this festival is particularly special for me. It’s only its second edition, but it’s already renowned among flamenco aficionados. José defines “Tío Panseco” as a “great innovator, a defender of purity and a great artist”. Definitely, “a god of flamenco”.

That evening he’ll be sharing the stage with the artist being honored, as well as with Aurora Vargas, Rancapino Chico, Pedro ‘El Granaíno’, the Pañero brothers, Luis Moneo, Lela Soto ‘Sordera’, María Terremoto and the band ‘Con el baile en la memoria’, with Diego de la Margara, Manuela Carpio and Gema Moneo, among others. The tickets are on sale at tickentradas.com and at Malamúsica, in Jerez, and they are selling fast, considering that the seats in the inner circle are numbered. 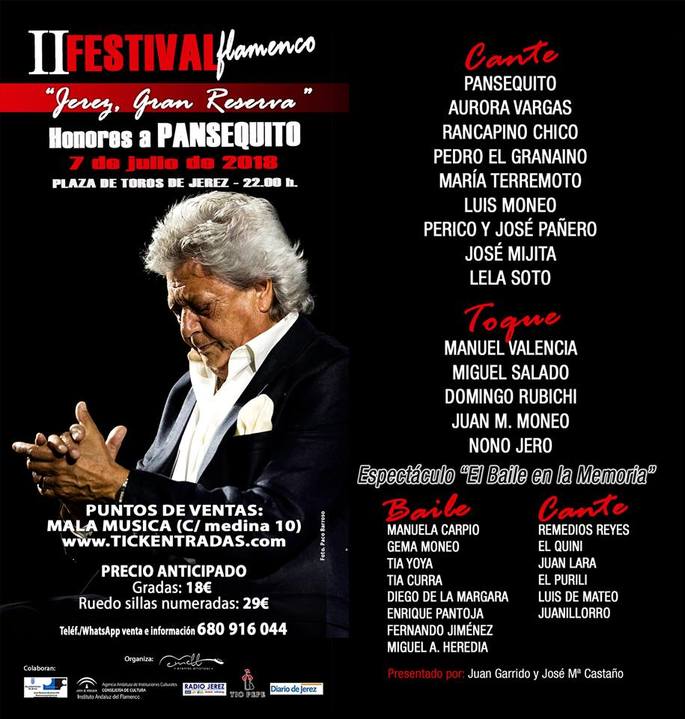