Manuel Torres back in his birthplace thanks to Carlos Martín Ballester

There are just about 800 yards between Álamos street and Sancho Vizcaíno street, barely a five-minute walk from the house where Manuel Torres was born and Peña Los Cernícalos. We have come to the San Miguel neighborhood of Jerez heeding the call of a courageous man devoted to adding to his already-great legacy. Carlos Martín Ballester, collector for over 20 years, 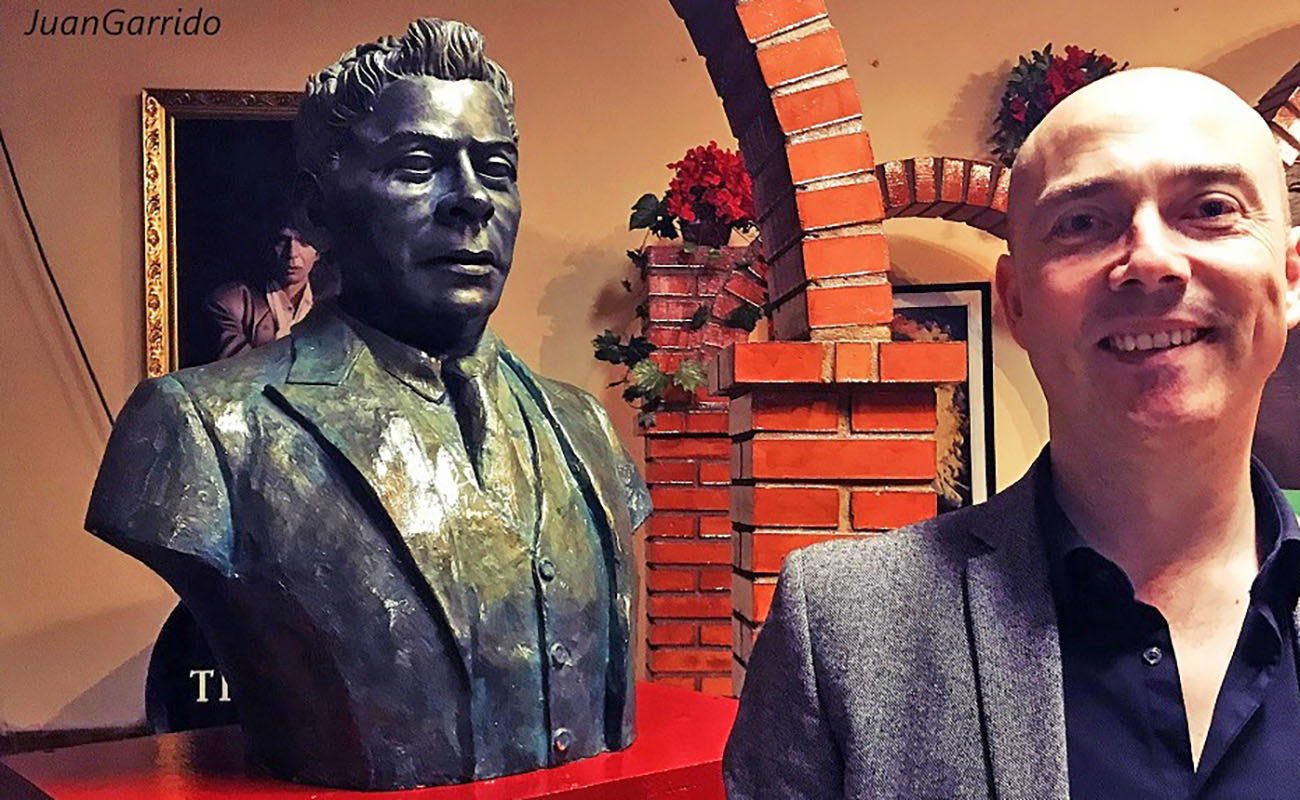 There are just about 800 yards between Álamos street and Sancho Vizcaíno street, barely a five-minute walk from the house where Manuel Torres was born and Peña Los Cernícalos. We have come to the San Miguel neighborhood of Jerez heeding the call of a courageous man devoted to adding to his already-great legacy. Carlos Martín Ballester, collector for over 20 years, focused his latest work on Manuel Torres, who for many aficionados is the greatest flamenco genius of all time. The book-CD launch party took place in this venerable peña of Cádiz province, Los Cernícalos, where we were welcomed by Antonio Benítez, the honorary president of this entity established over eighty years ago. This goes to illustrate the relevance of the stories kept by the peñistasof the neighborhood where Manuel Soto Loreto, a.k.a. Manuel Torres, was born on December 5, 1878. He was also known as “Niño de Jerez” and defined as the “celebrated performer of cante jondoand superb creator of the most difficult style of seguiriyas” by the aficionados who in November 1959, with the help of Jerez’s Town Council, erected a memorial plaque in the house where he was born on Álamos street (incidentally, the plaque ha since been removed, with unknown destination).

“He wasn’t crazy, not at all. It’s about time to stand up for Manuel Torres, who created a style for performing cantes, which is something exceptional”, stated the journalist and writer José Manuel Gamboa, who contributed to this book. In the presentation event we could also listen to the perspectives on this publication (and on the cantaor who is its subject matter) by Los Caminos del cante’s José María Castaño, the Culture Delegate of Jerez’s Town Council, Francisco Camas, and a representative of the peña who made the initial greeting. Plus, of course, by Carlos Martín Ballester, the creator of this book-CD.

Carlos made special emphasis about the importance of the recordings gathered in this publication, “because to be able to study them, they must have sufficient quality so we can verify the highly refined technique of Manuel’s cante”, in order to disprove some myths about this artist from Jerez who “was conscious about his talent, using it whenever he wanted to”. He also wanted to acknowledge the “crisis of today’s flamenco aficionados”, stating that one of the goals of this publication was to “allow young people to know, as they deserve, one of the most important cantaores in flamenco history”. In that regard, he continued: “for me, it was essential to continue the collection with Manuel Torres, after seeing how well-received the first volume about Don Antonio Chacón was. They are the two faces of flamenco, the two faces of Jerez’s cante, two streams full of emotion. In one hand, we have the musical abilities of Chacón, and on the other the secret of the expression and voice that Manuel had”. This second volume in the Colección Carlos Martín Ballesteranalyses “all the trajectory of his life, music and discography”, with the collaboration of reputed specialists and including anecdotes such as the mano-a-mano with Manuel Vallejo at the Alcázar de Jerez (which in those days was the Teatro Eslava), and also includes two CDs featuring all known Torres’ recordings, that is, 49 cantes, originally available in 78 rpm records, reproduced with “extraordinary fidelity”. In this presentation, which took place in Jerez on April 7, we could listen to some of the recordings in situ, such as the seguiriya de Santiago y Santa Ana, which prompted a member of the public say “To do that, three different singers would be needed!”. José María Castaño also announced that this year’s University of Cádiz’s study conference sessions will be devoted to the guitarist Javier Molina, who accompanied Manuel Torres in two seguiriyas and two soleás featured in the recordings.

At the end of the presentation we had the privilege to listen to Luis Moneo’s cantes por soleá, seguiriya and fandangos, joined by the guitar of Domingo Rubichi. There were moments of deep flamenco feel with a knowledgeable public which connected with the performers from the beginning. 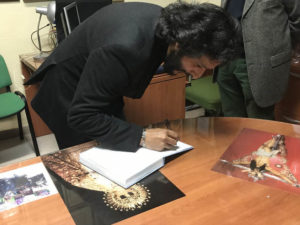 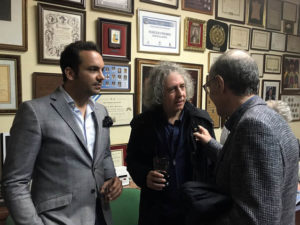 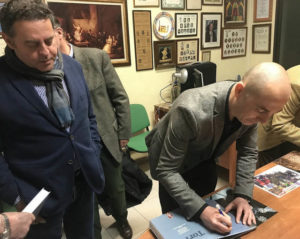 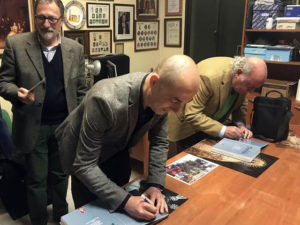 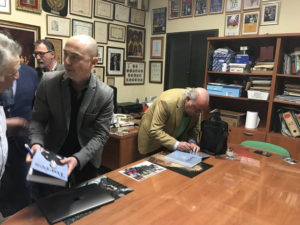 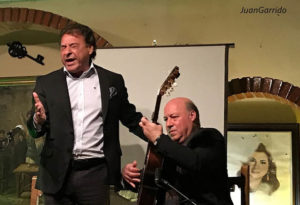 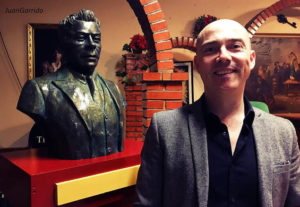 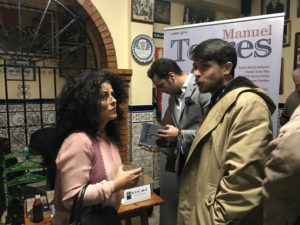 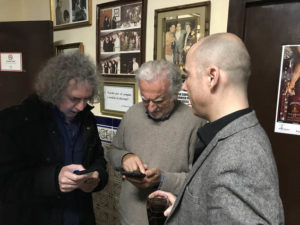 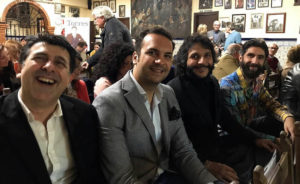