Marathon of guitar masters in Barcelona

The series ‘Maestros de la guitarra’ begins with a tribute to Paco de Lucía. The city will be the capital of flamenco guitar from September 27th to December 30th. 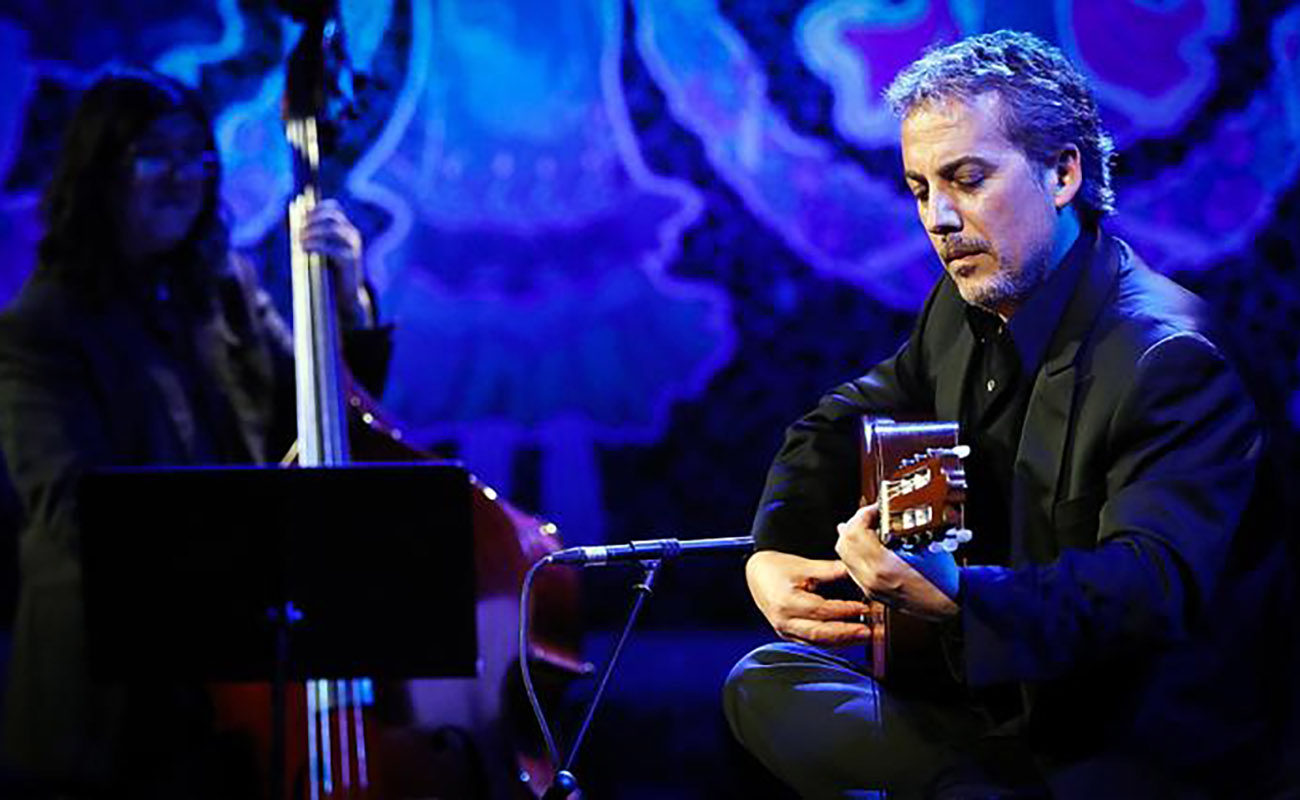 From September 27th to December 30th, Barcelona will offer an unrivalled event for all lovers of flamenco guitar: the series Maestros de la guitarra, five shows which will be performed regularly for three months, in two different venues. The traditional Palau de la Música Catalana will host five different shows, among which we’d like to highlight a tribute to Paco de Lucía. This show will be performed eleven times, and it’s titled Barcelona Guitar Trio & Dance.

In this show, three great masters of Spanish Classical Guitar and Flamenco guitar will get together to perform pieces by Manuel de Falla, Isaac Albéniz and Paco de Lucía. Manuel González, Xavier Coll and Luis Robisco will play for the baile of José M. Álvarez and Carolina Morgado, joined by Paquito Escudero‘s cajón.

The versatile guitarist Pedro Javier González will bring two shows to this series. The first one, having just one performance on October 5th, is called Pedro Javier González Quartet, formed by the guitar of Pepe Camacho, the double bass of Horacio Fumero, the percussion of Xavi García and the transverse flute of Domingo Patricio. For the other show, Pedro Javier González & Dance, to take place on November 19th, this old member of renowned Spanish band El Último de la Fila adds to his quartet the bailaores Carolina Morgado and José M. Álvarez

On October 22nd, the Palau reserves its stage for Yamandú Costa, one of the greatest Brazilian guitarists of all time. Even Paco de Lucía loved his art.  Yamandú will play the guitar as a soloist. The fifth show of Maestros de la guitarra, to take place on November 23rd, is titled Carmona, Benavent y Serrano. These are the surnames of three renowned artists: Josemi Carmona in the flamenco guitar, Carlos Benavent in the electric bass and Antonio Serrano in the harmonica. All of them will be accompanied by the percussion of Paquito Escudero. Tomatito will make a surprise appearance as invited artist.

The second stage for the series Maestros de la guitarra is the imposing Basílica de Santa María de Pi, in Barcelona. This is a seven-hundred-years-old Gothic monument with a maximum capacity of one hundred and forty people. With a more affordable admission and a smaller format than the Palau, the shows of Pedro Javier González, Luis Robisco, and the Barcelona Guitar Trio will be performed in this magical place