María continues to grow in the world of cante by her own merits. Her surname has opened doors, but she has taken it to the highest level of prestige, following the path of her ancestors. There is no doubt that, despite her young age, she is an incontestable star of today’s cante 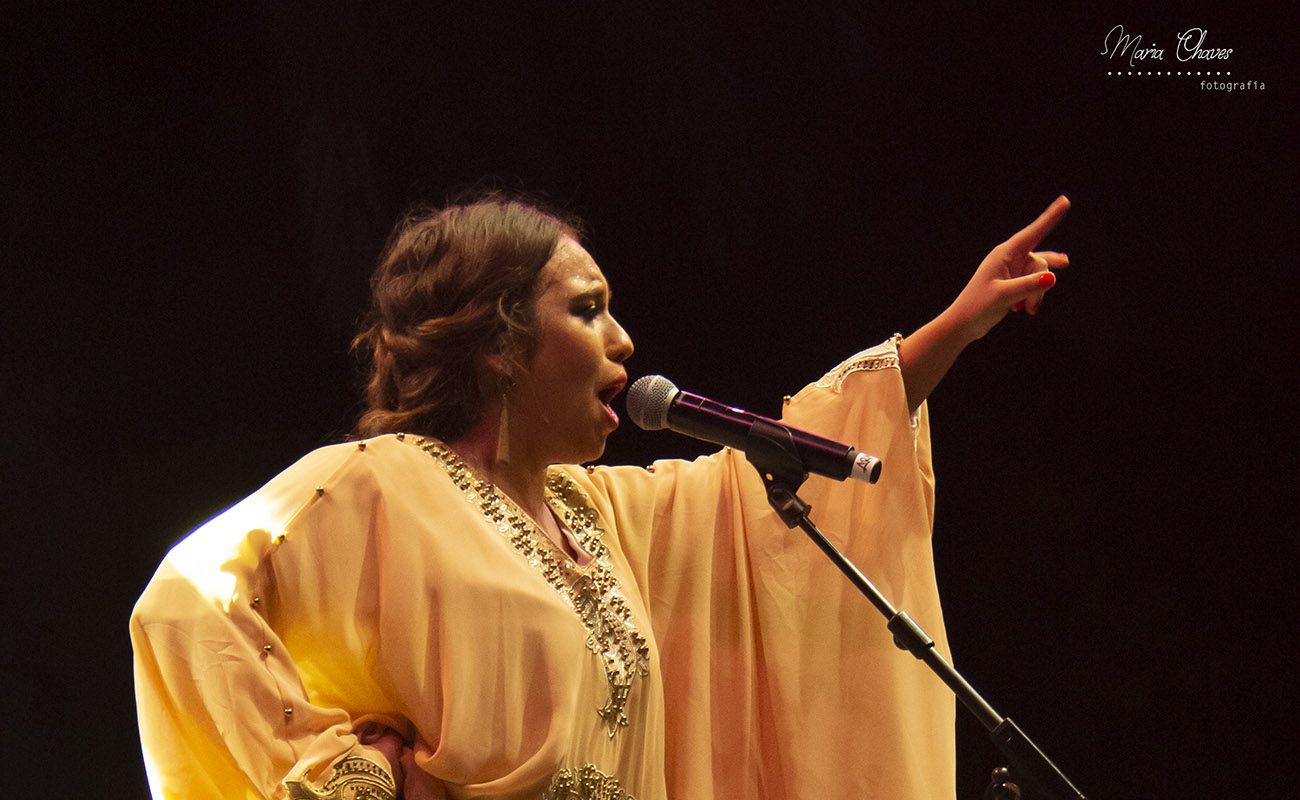 When María Terremoto performed on the stage of Barcelona’s Gran Teatro del Liceu with Miguel Poveda in the gala for Música para la Investigación, she left us speechless. We didn’t expect a teenager to have such apparent self-confidence and command of the stage. Later, we learned from her own statements in an informal conversation that she was actually quite nervous, but she understood that she had to stand up in this opportunity for her family and for her father. In that evening, July 25th, 2017, other world-famous artists such as Ana Belén, Niña Pastori, Pedro Guerra, Ara Malikian and Manuel Carrasco also performed on that stage. The very moment whent María walked from behind the musicians and stood in the spotlight, a hundred doors were being opened for her immediate future. That gala performance was broadcast in prime time on Saturday, July 28th, on TVE’s channel 2, and María was such a sensation that her performance launched her into stardom.

«She has been awarded the ‘Premio Ciudad de Jerez Joven’ in her hometown, on the day of its patron saint, Dyonisius. She sold out a performance a few days ago in Guadalcacín, and she will perform at Jerez’s Peña Buena Gente in a couple of weeks. Everywhere, it’s packed»

We can’t forget what happened in the months and years before this great evening. María, daughter of the good Fernando who passed away in February 2010 when she wasn’t even ten years old, was able to share the stage with her father at the Asociación Cultural Flamenca Fernando Terremoto in Jerez, her hometown. It was an unforgettable performance, as many renowned artists from Jerez’s Asunción neighborhood came to partake with Fernandito (as they called him), after he had been unable to perform for months due to his terrible illness. In an improvised fin de fiesta, Juana la del Pipa, La Chati, Tía Yoya, Tía Curra, Juana and Luisa Terremoto, together with many others, climbed on stage. María also joined in, shocked as her father had invited her up, asking her to sing. There, without anyone noticing, Fernando passed the baton to her daughter. She began to be known as the child prodigy.

After the bitter moments, María started performing in her own peña and, in a very special way, at the Centro Cultural Flamenco Don Antonio Chacón, in September 2015, sharing the lineup with another emerging artist, Manuel de Cantarote. Also in attendance was María’s grandmother, María Márquez, who was essential in shaping her profile, and sadly passed away in February 2018. With the loss of her father, grandmother and grandfather Antonio Benítez — soccer player for Real Betis in the 70s and 80s — in 2014, the young cantaora had to mature prematurely. Yet, in the artistic aspect she made headway, taking part in important events such as the Fiesta de la Bulería Joven in September 2016, the same year she performed for the first time at the Bienal de Flamenco de Sevilla, were she was awarded the Giraldillo Revelación, being the youngest artist to have ever received that award in the history of this festival.

Then, this artist from Jerez started to perform in the most important summer festivals, taking part in the show Raíces at the Festival de Jerez 2018, and premiering months later her first album La Huella de mi Sentío at the Villamarta Theater, and event that sold out. She has toured all corners of Spain, part of Europe and Japan… She has been acclaimed in important musical events such as the Festival de la Petenera and the Encuentro Internacional de Guitarra Paco de Lucía. She has performed at the Jueves Flamencos de Cajasol series and has been awarded the Venencia Flamenca del Festival de la Mistela. Not to mention the endless performances in peñas and all kinds of stages plus collaborations in first-rate shows. This year she even directed the youth day in the Fiesta de la Bulería de Jerez, travelling the next day to daze the public at the Flamenco On Fire festival in Pamplona. She is now preparing a zambomba flamenca for this Christmas season in Jerez and Seville and has been awarded the Premio Ciudad de Jerez Joven in her hometown, on the day of its patron saint, Dyonisius. She sold out a performance a few days ago in Guadalcacín, and she will perform at Jerez’s Peña Buena Gente in a couple of weeks. Everywhere, it’s packed.

What’s undeniable is that María continues to grow in the world of cante by her own merits. Her surname has opened doors, but she has taken it to the highest level of prestige, following the path of her ancestors. There is no doubt that, despite her young age, she is an incontestable star of today’s cante and her presence in any lineup lifts the spirits and expectations of flamenco aficionados everywhere. 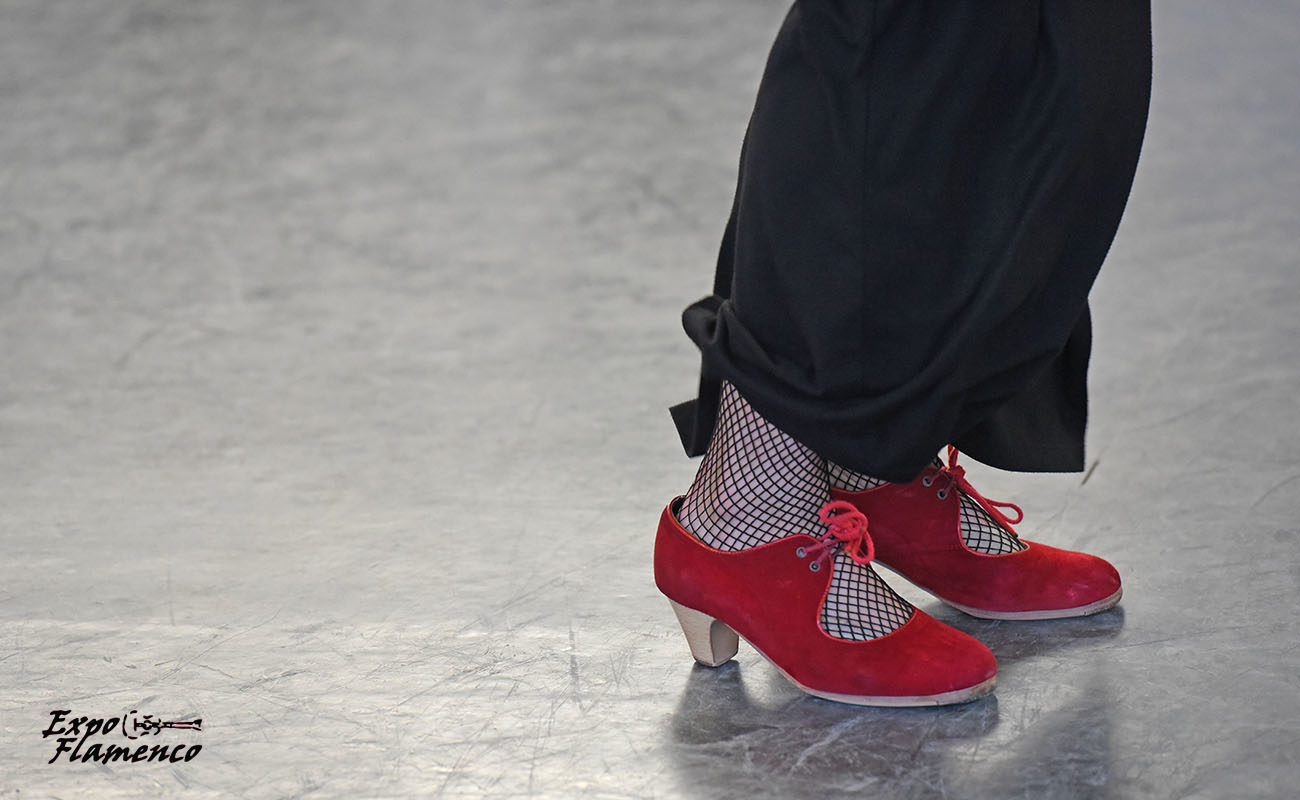