Home / Actualidad flamenca  / Not all that shines is a zambomba

Not all that shines is a zambomba

Those countless ads promoting zambombas everywhere should instead use the terms “concert”, “gala of villancicos”, “Christmas show” and the like, so people wouldn’t get confused, as it happened with the tabancos 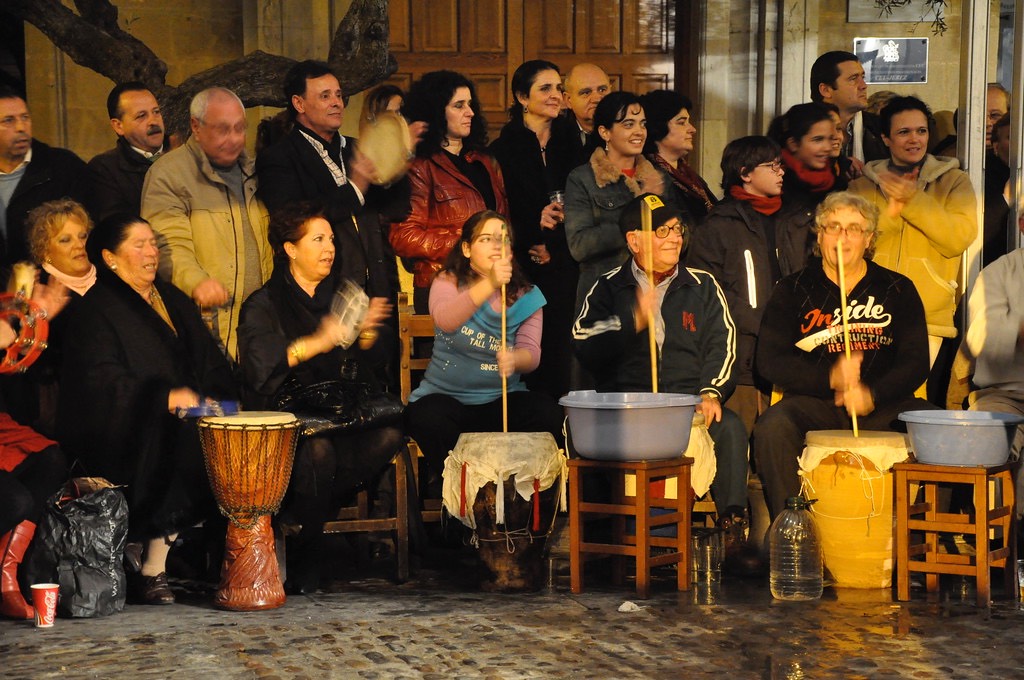 It already happened with the term tabanco a few years ago. Almost every business in the hospitality sector that opened in Jerez used that term to attract customers, since tabancos became fashionable in an era of financial crisis when the people of Jerez drank copious amount of good and inexpensive wine with affordable tapas. Yet, there was specific criteria that had to be met for an establishment to be considered a true tabanco. That was all ignored, though. What mattered was to cash in while there was money to be made. They didn’t sell the local wine of Jerez or the typical local dishes such as morcilla, chorizo or chicharrones, as they were supposed to do, and the aesthetic of these new places didn’t fit what in other times was known as tabanco, which incidentally were small rooms where locals would come, drink, smoke and leave. Sometimes the patrons would even sing. How times have changed!

Yet, that’s not the topic of this article, although we must add that, out of the dozens of tabancos that opened at the time of the financial crisis, more than half have closed down. Let’s talk about zambombas, another tradition of Jerez which sets apart its Christmas season, bringing in hundreds of thousands of tourists in the month of December, and with them money that is spent in hotels, taxis, restaurants, clothing stores and souvenirs. Every weekend countless of buses arrive from all directions filled with people eager to experience this popular party where everyone sings, dances and shares as timeless villancicos, romances and coplas — and even the odd bulería in honor of Baby Jesus — are sung.

It would be necessary to go back to the old tenement yards in the historic districts of the city such as San Miguel, Santiago, San Mateo and La Albarizuela, when people would gather spontaneously on Christmas Eve to sing these songs, sometimes humorous, others religious. Someone would play the tambourine, someone else would do palmas, another would play the almirez (small metallic mortar), and yet another would ding a fork on an empty bottle of anise, all to the sound of the main instrument of this celebration, the zambomba, of course.

Yet, it’s rather surprising that nowadays, when it seems that such traditional gatherings are experiencing their heyday, we have the sad feeling that nothing is like it should be. It’s not that here are no quality zambombas which keep their essence, because these exist, but it’s very important to keep the original meaning and aesthetic of this tradition, declared Cultural Interest Asset (“Bien de Interés Cultural”) in 2015. It’s true that there are no tenement yards like in the old days, as people have moved to apartment buildings. I get it. Yet, those timeless songs that everyone could sing should still be sung, enabling all to participate. That’s the key. No stages, no microphones or speakers, not so many bulerías… that’s another key. The zambomba must be heard! That’s essential. Otherwise, those countless ads promoting zambombas everywhere should instead use the terms “concert”, “gala of villancicos”, “Christmas show” and the like, so people wouldn’t get confused, as it happened with the tabancos. There should be a balance between authentic tradition and «economic growth» this month.

On one hand, the roots of this ancient tradition unique to Jerez — without forgetting the extensive contribution of Arcos de la Frontera to the region’s Christmas lyrical corpus — would be maintained. Community participation in these cherished festivities would be promoted in a city where frustration is everywhere. On the other hand, and in a less romantic way, the wool wouldn’t be pulled over the eyes of hundreds of visitors who come to experience this «traditional, authentic and typical zambomba of Jerez» and then return to their hometowns disappointed to see how diluted that wonderful celebration they had been told about — the reason they came to Jerez — had become. In conclusion, not everything is business, not everything is bulerías and, above all, not all that shines is a zambomba.