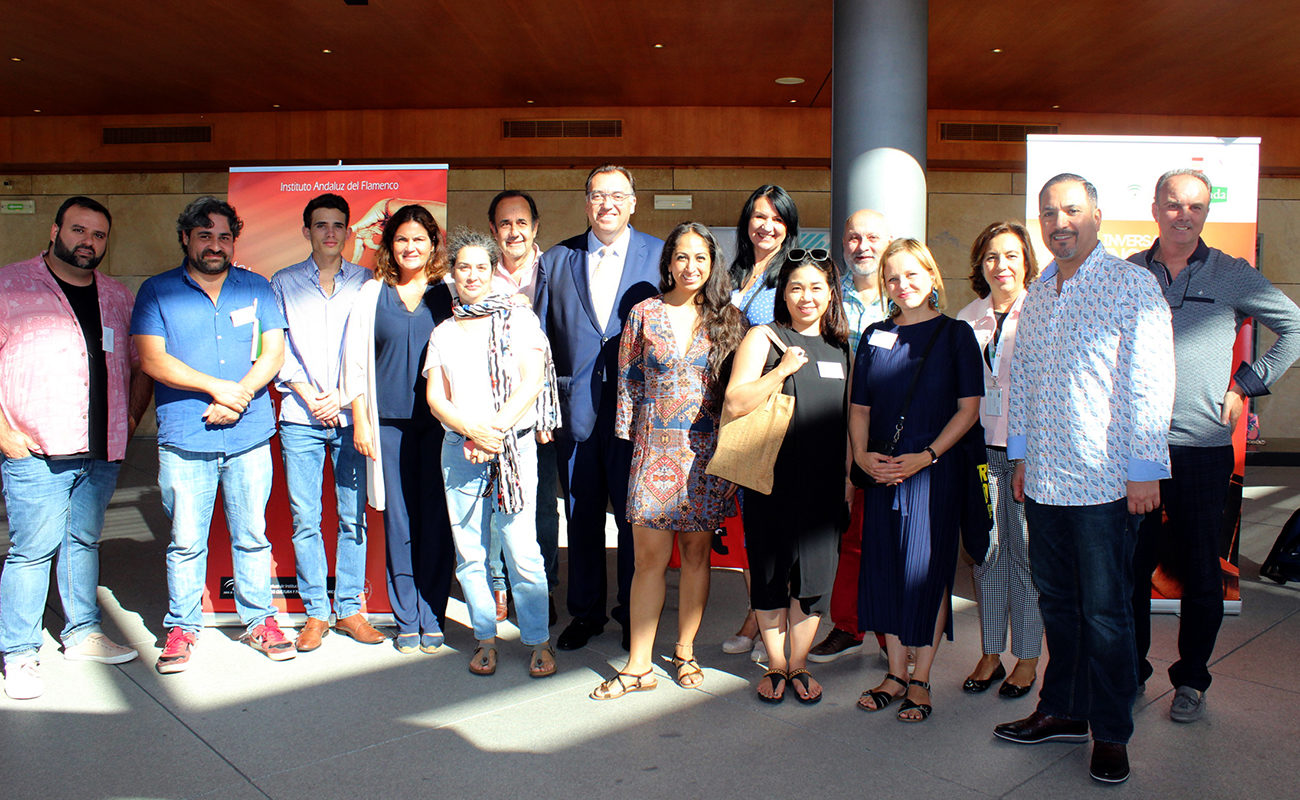 The Junta de Andalucía’s Council of the Presidency, Public Administration and Interior, through Extenda – Andalusian Agency for Overseas Promotion, in collaboration with the el Instituto Andaluz de Flamenco, part of the Andalusian Agency of Cultural Institutions of the Council of Culture and Heritage, has launched a mission uniting thirty-something Andalusian flamenco enterprises with the organizers of eleven international festivals with the goal of promoting their shows.

Thanks to this project, the thirty Andalusian companies were able to present their proposals for stage productions before eleven people responsible for programming and directing international flamenco festivals from nine countries offering business opportunities in this sector — United Arab Emirates, Morocco, Vietnam, Portugal, Norway, Holland, France, Poland and Luxemburg — with the goal of facilitating agreements.

The mission has consisted of an exhibition of showcases by the Andalusian companies — fragments of live shows of about 15 minutes each— at Seville’s Teatro Central. Besides, a full agenda of bilateral meetings with the international representatives has been agreed.

«Flamenco is one of Andalusia’s hallmarks and a powerful industry of cultural creativity», stated Arturo Bernal, Extenda’s advising delegate. «We must continue to support those initiatives which are yet another proof of the existing synergies among all departments of the Junta de Andalucía that carry forward projects which benefit the Andalusian productive, social and cultural sectors», stated Almudena Bocanegra, manager of the Andalusian Agency of Cultural Institutions.

The international delegation was formed by representatives of nine countries. Specifically, representatives of two festivals in Holland (Festival Flama and Van Baasmank), two in France (Festival D’Èté and Festival Flamenco de Tolouse); one in the United Arab Emirates (Real Music); one in Morocco (Asociación Voces de Mujeres); one in Vietnam (Vietnam National Opera and Ballet); one in Portugal (Flamenco Atlántico); one in Norway (Oslo International Flamenco Festival); and one in Poland (Arte Flamenco).

This mission is part of the 2019 Plan of Action for the Internationalization of Andalusian Cultural Industries, designed by Extenda in collaboration with the Andalusian Agency of Cultural Institutions. Such planning has been undertaken by Extenda since 2013 for different areas of the culture industry (flamenco, publishing, entertainment arts, audiovisual) and includes over a hundred activities each year.

Flamenco and Cuban rhythms with Eliades Ochoa and cantaora Argentina