Attendance success at the midpoint of the Flamenco Festival London. Sara Baras said farewell to London after dazzling 7,500 spectators. The piano of David Peña Dorantes integrates the sax of Tim Ries, saxophonist of the Rolling Stones, in 'Flamenco meets jazz' 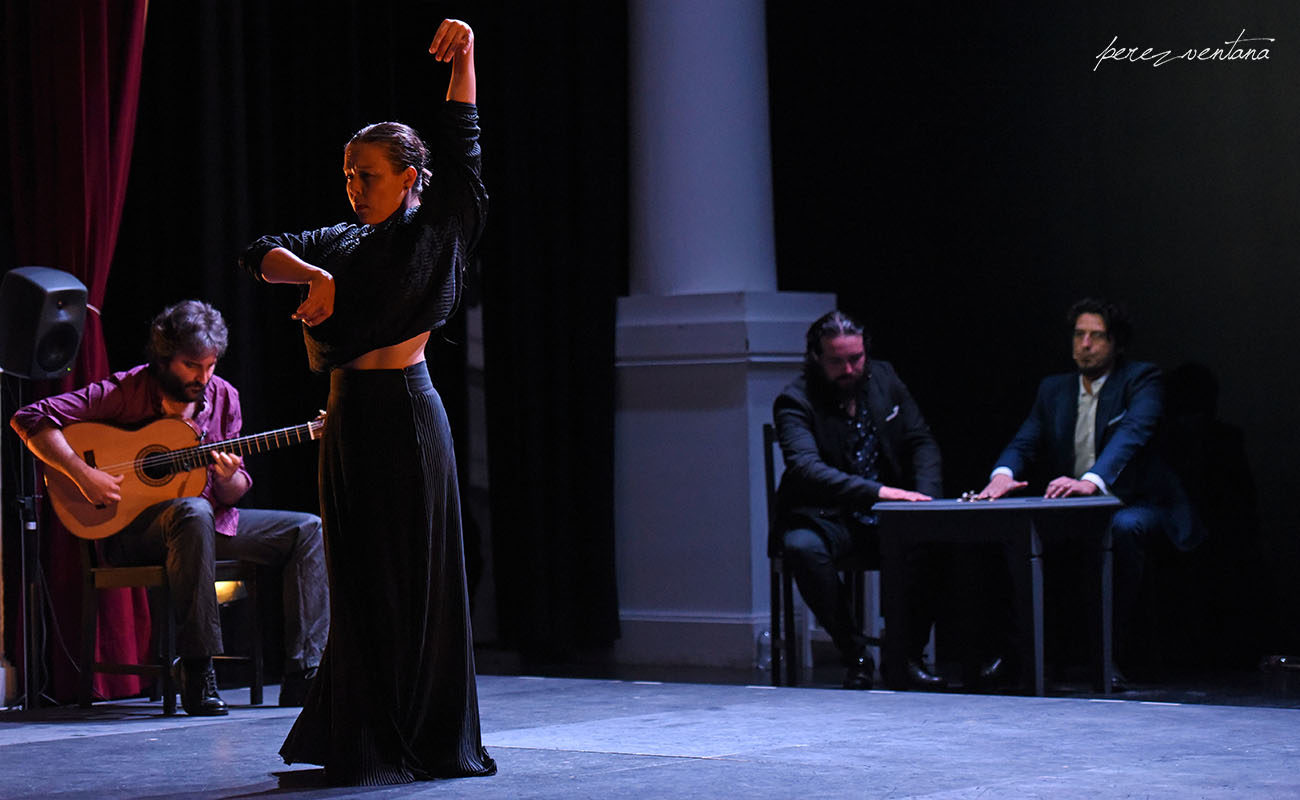 The 16th edition of Flamenco Festival London reaches midpoint with attendance success, facing a week of great performances until July 14th. The festival then confirms its status as one of the most important platforms for the promotion of flamenco in the international scene and the biggest flamenco festival outside of Spain by number of performances and shows.

The Ballet Flamenco de Sara Baras said farewell to flamenco after a triumphant week at the Sadler’s Wells Theatre, where its production Sombras was seen by a total of 7,500 people. The shows of Rosario La Tremendita and La Shica completed the evening with Women at the edge at the el Rich Mix, while Amir El Saffar performed Luminiscencia at the Lilian Baylis Studio. Diego Villegas and Flamenco Abierto performed at the Cervantes Theater on Saturday.

After Sara Baras’ farewell, other great artist of flamenco dance will come to London. On July 9th at Sadler’s Wells,  Rocío Molina will perform her imposing production Caída del cielo, where this bailaora from Málaga will break tear down flamenco boundaries and use her body as a vehicle for unbridled emotion, exploring her gender, sexuality and flamenco itself, supported by the basic sounds of guitar, cajón and palmas. Caída del Cielo essentially is a free collision of flamenco with other conceptions of the stage and other forms of expression. Summarizing, this production is a trip or descent of a woman from a balanced body into a body that celebrates womanhood, immersed in the tragic sense of partying.

On July 11th at Sadler’s Well, the innovation and unlimited strength of the bailaora Olga Pericet, from Córdoba, will be put on stage with the show La espina que quiso ser flor o la flor que soñó con ser bailaora, which will be performed for the first time in the United Kingdom thanks to Flamenco Festival. Pericet once again sets in motion her stage laboratory to make, through theater and dance,  a show as poetic as its title.

Dance performances at the Flamenco Festival London will be rounded up this week by Patricia Guerrero, who will present Catedral on July 14th; Jesús Carmona who will debut his London residency on July 13th; and Manuel Liñan, who will perform on July 12th and July 13th on Sadler’s Wells stage the Gala Flamenca produced in 2019 by Flamenco Festival, a dialog among artists such as the bailaores Eduardo Guerrero, Mercedes Ruiz and María Moreno, cantaora María Terremoto and guitarist Santiago Lara. Nanako Aramaki completes the dance performances with her show Obliqueffect on July 10th at the Rich Mix.

On July 10th at the Sadler’s Wells Theatre, Flamenco Festival London will premiere the show Flamenco meets jazz, performed by three exceptional artists known by breaking down musical barriers using elements of various genres in their innovative productions: the pianist Dorantes, the Rolling Stones saxophonist Tim Ries and the multi-instrumentalist Adam Ben Ezra. The bailaor Jesús Carmona will perform as invited guest, as they tear down the barriers between jazz and flamenco and create bridges between styles, showing that flamenco can coexist with any culture. In this context, the creative energy of Dorantes freely defies, as it usually does, flamenco’s conventional parameters, creating with virtuosity intelligent music loaded with flamenco truth and jazz evocation.

Cante at Festival Flamenco London will be represented on July 8th by de Miguel Poveda, who is back at Sadler’s Wells to perform one of his unforgettable flamenco recitals. On July 12th, at Lilian Baylis Studio, the Young Kiki Morente, joined by bailaora Irene Rueda, will present his album Albayzín for the first time in the United Kingdom, an album with new propositions honoring the patriarch Enrique Morente. Then, on July 13th, flamenco flautist Sergio de Lope will present to the public of London his new album Ser de Luz. On July 12th, the guitarist  David Carmona, an outstanding disciple of maestro Manolo Sanlúcar, will present one of the best flamenco productions of the last few years, within the series Flamenco Eñe with the collaboration of Fundación SGAE. This series is completed by the performance of  Antonio Lizana, who will present the show Oriente on July 11th, at London’d Cervantes Theater offering a live show that is more than a concert through his two previously released albums.