The “Círculo Flamenco de Madrid” is ready for its 2nd Festival

In its second edition, the festival changes its original one-evening format for three evenings in three different venues. It will take place between the October 24th and October 26th 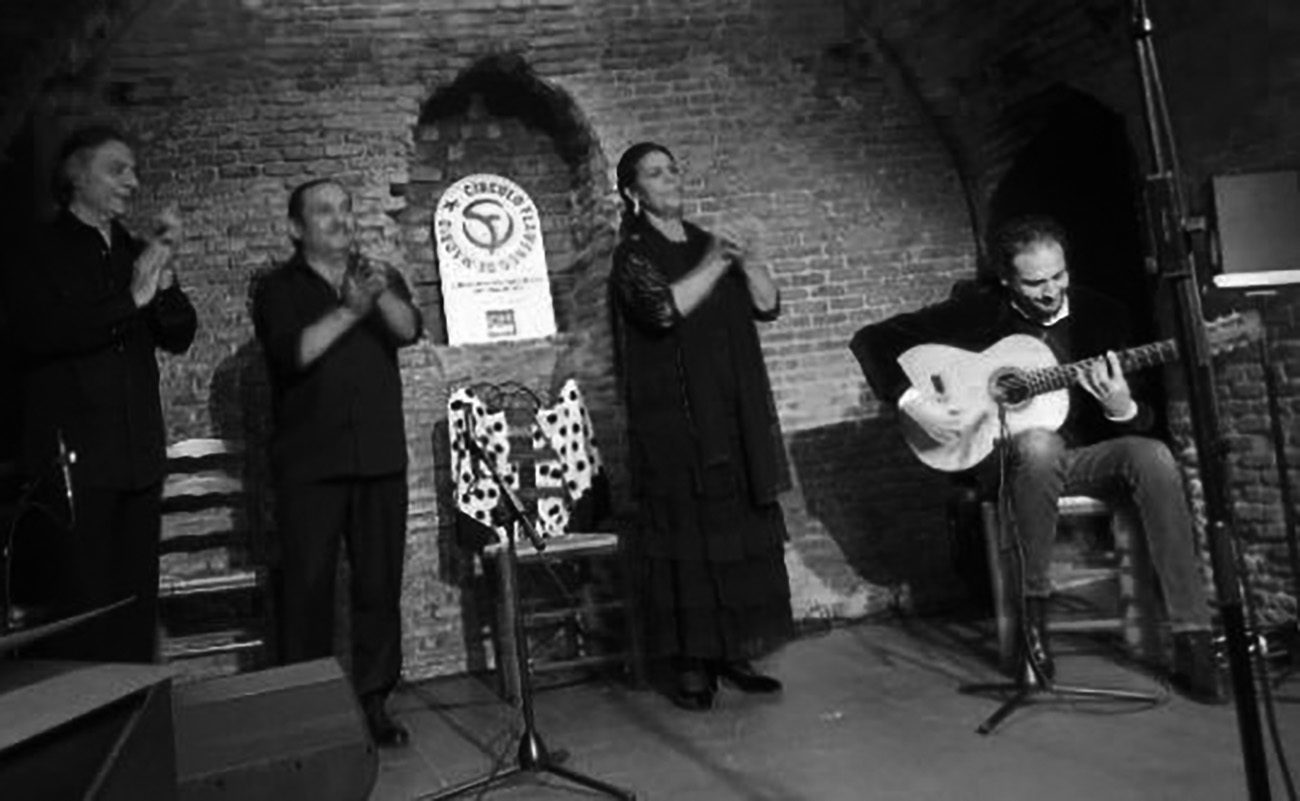 The Círculo Flamenco de Madrid, presided by Carlos Martín Ballester, has revealed its flamenco art program for the fourth trimester of 2019. In this program we’ll find the second edition of the Festival Círculo Flamenco de Madrid. Unlike its first edition in 2018, which took place on one single evening at the Marcelino Camacho auditorium, the 2019 edition will be held in three consecutive nights, in three different venues.

The festival begins on October 24th with the performances of Antonio el Marsellés, El Pititi and Diego del Morao at the OFF Latina hall. The following day, in the mythical Corral de la Morería, we’ll be able to enjoy Pastora Galván‘s baile, joined by José Valencia and Juan Requena. On Saturday 26th, Rafael Riqueni, Pansequito and Carmen Ledesma, joined by Gabriel de la Tomasa and Antonio Moya, will perform at the Café Berlin.

In the same news release, the Círculo Flamenco de Madrid revealed its program for the period between September to December 2019. The schedules flamenco recitals, to be held at the OFF Latina hall, are the following:

A number of acts will also take place in the series Sin Tarima Libros (“Books Without Podium”), like the presentation of Eugenio Cobo‘s book La gente del 98 ante el flamenco (“The Generation of 98 and Flamenco”), on September 26th, and José Manuel Gamboa‘s book titled ¡En er mundo! (“In the World!”) on October 17th. The donation of the box with the recordings of the Círculo’s fourth season to the Centro Andaluz de Documentación del Flamenco de Jerez, with the collaboration of Luis Moneo and Juan Manuel Moneo, will take place on November 22nd. Finally, on November 28th, the presentation of the much-anticipated book-CD of the Colección Carlos Martín Ballester dedicated to Tomás Pavón will take place. 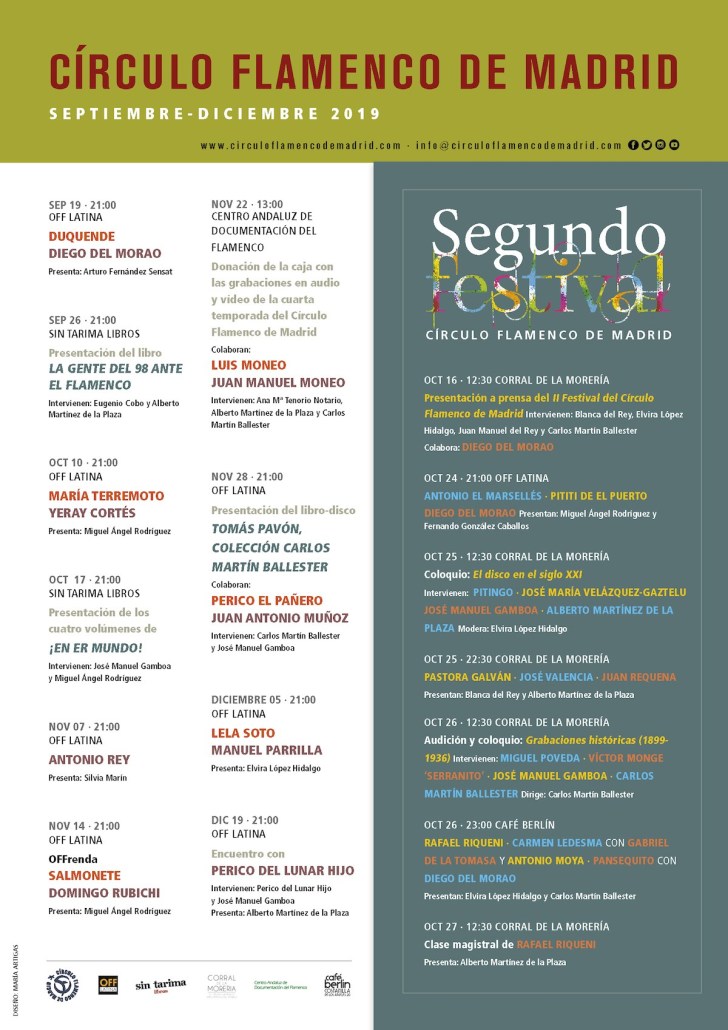