The flamenco guitar is loud and clear in Jerez 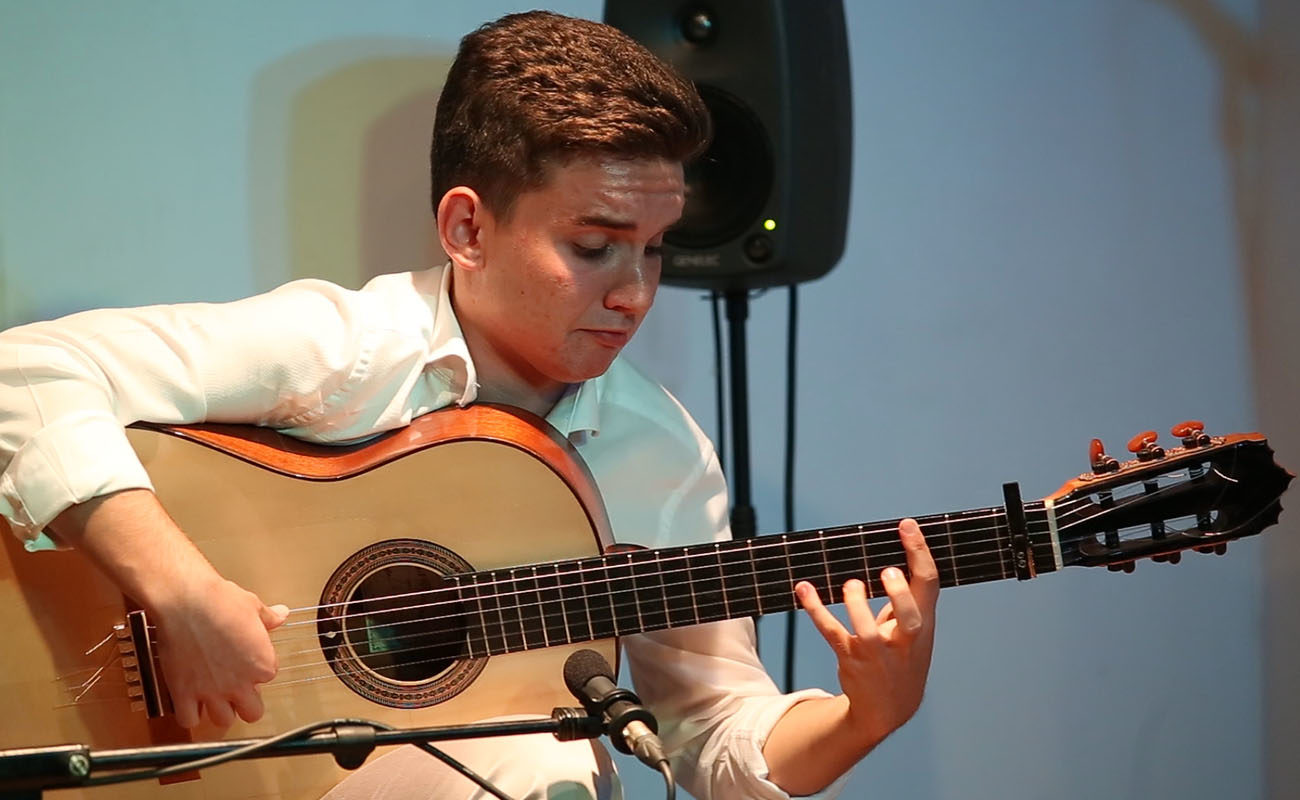 Miguel Salado, guitarist from Jerez, mentioned in some statements for a TV program that it was «very important to teach the younger generations» regarding the traditional disregard of the masses towards flamenco guitar concerts. It seems that this idea is the basis of the Festival Internacional de Guitarra Flamenca de Jerez. Today is the start of the second edition of a festival which first took place in 2018, when over ten tocaores came to Jerez’s Alcázar for a weekend, intent of asserting the worth of their generation. Diego del Morao, Antonio Rey, Juan Diego Mateos, Alfredo Lagos, José Quevedo ‘Bolita’, Javier Patino, José Ignacio Franco, Paco Lara, Javier Ibáñez, Paco León and Santiago Lara were there, the later also being one of the organizers of the event. They took the opportunity to honor maestro Balao, and also Paco Cepero. There was a festive atmosphere for the lovers of flamenco guitar to enjoy priceless musical hours with such outstanding representatives of this genre.

The thing is that something unusual happens in Jerez: four different generations of guitarists coexist. From Manuel Morao and Paco Cepero (still active) to Fernando del Morao, who is starting to gather acclaim. Among them we find names such as Periquín Niño Jero, Manuel Parrilla and Juan Manuel Moneo, from various age groups.

To understand this adventure, we must get to Mario González, known by everyone as the owner of the Guarida del Ángel, the renowned venue of the parallel “off” program during the Festival de Jerez. There, in that venue on Porvenir Street, the Javier Molina Contest took place last year, its € 1,500 prize won by the young Álvaro Mora, from Moguer. This year, the contest was organized by Peña Buena Gente, which hosted the contest final round on the evening of July 4th, with a prestigious jury: Paco Cepero, Santi Lara, Manuel Valencia and Bolita. After selecting over 30 contestants from countries as dissimilar as Taiwan or Costa Rica, the finalists for the first prize were Antonio García Fernández, 15, from Almería; José Zarco Navas, 19, from Barcelona; Manuel Cerpa González, 16, from Chipiona (Cádiz province); and Antonio González Reyes, 20, also from Chipiona. The winner was Manuel Cerpa González, who took the € 1.200 prize plus a Javier Mejías artisan guitar valued at € 4.000. The other participants received a secondary prize of € 300 each.

Besides, the jury decided to award an honorary prize to the ‘Best toque por bulerías’ «highlighting his sense of rhythm and flamenco feel», to Antonio García Fernández, who will receive a set of Knobloch musical products as a gift.

On July 5th, the festival continues with a concert by José Carlos Gómez, from Algeciras, who will bring to the Claustros de Santo Domingo — the venue was changed from last year — his work Origen. This guitarist has shared experiences with a fellow guitarist from Algeciras, Paco de Lucía, the most universal of all times, and also with others such as Alejandro Sanz…  His sound is wide, restless and close to other folk music. The following evening, July 6th, will be the turn of Manuel Valencia, from Jerez. He’s well known as accompanist for cante, performing with Jesús Méndez, Macanita, Vicente Soto and David Carpio (who is invited as a guest), and also being part of Manuel Liñán’s company in the last few years, but it’s necessary to acknowledge his worth as concert guitarist. The presentation of his first album, Entre mis manos, earned him a Giraldillo prize in the category “Revelation Artist” in the 2014 Bienal de Sevilla.

Tickets are available on ticketentradas.com or at the box office of the Teatro Villamarta. The entry price for these concerts is € 15. 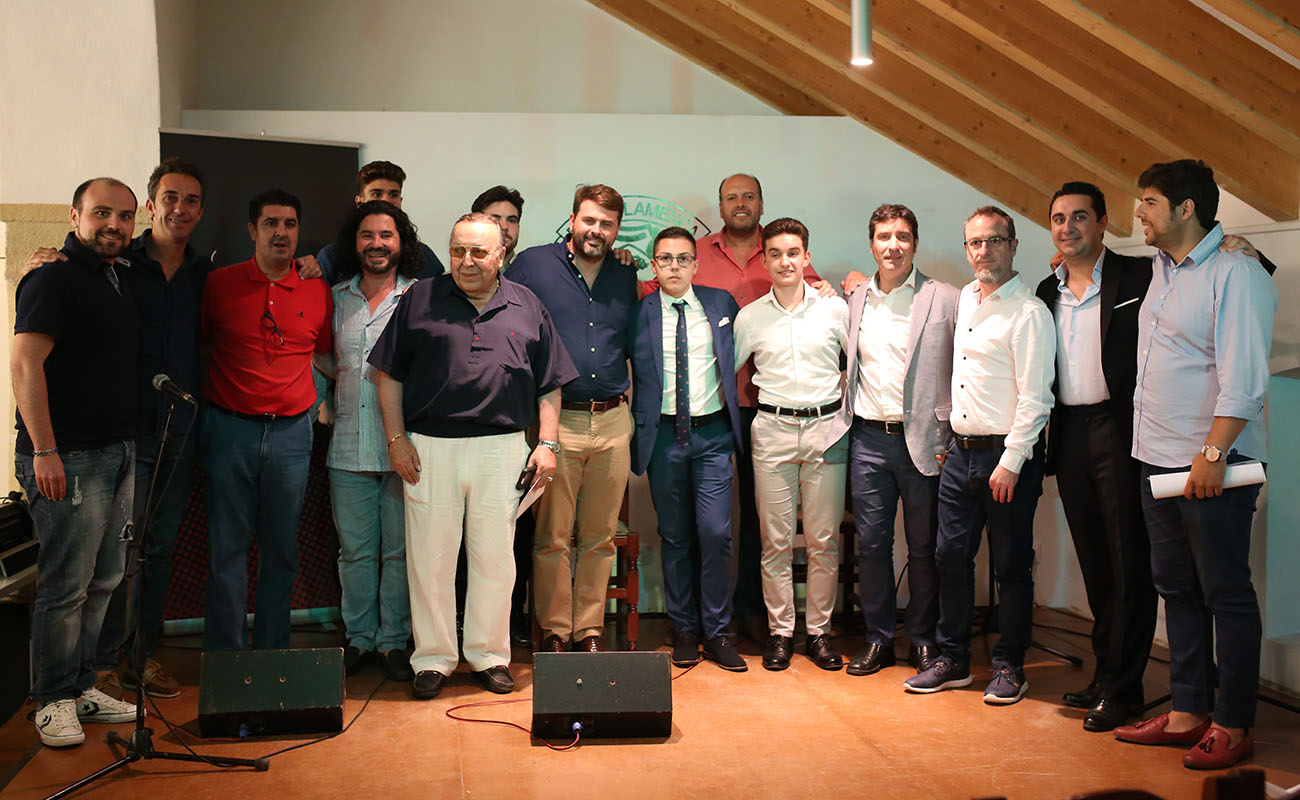 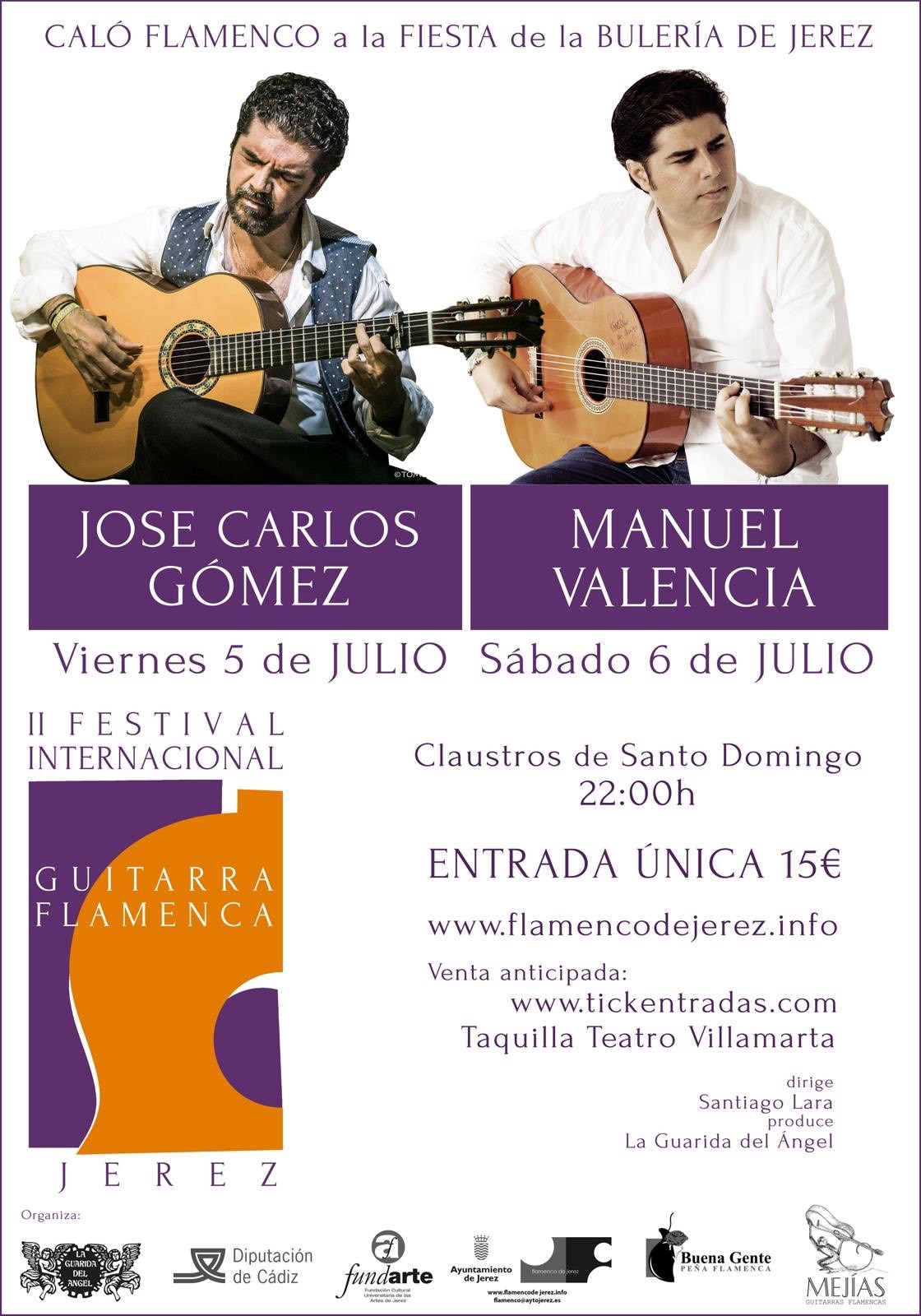