Home / Actualidad flamenca  / The Jerez Festival, without borders and with women as protagonists

The Jerez Festival, without borders and with women as protagonists

The Palace of Villavicencio of the Alcázar de Jerez hosted the presentation of the official program of the 22 Festival de Jerez, which will be held from February 1 to March 2. The show, which is consolidated as one of the most important events of flamenco throughout each season, once again shines with its great offer and the quality of 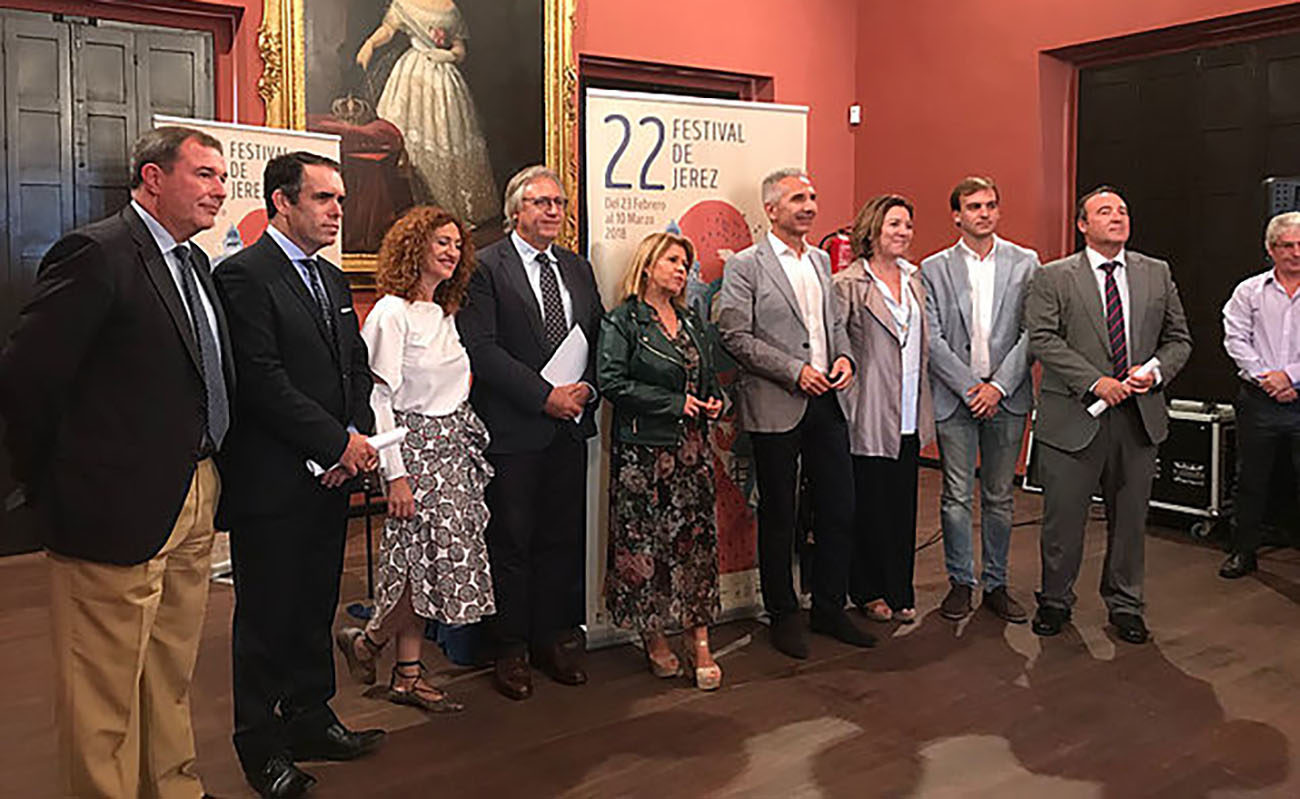 The Palace of Villavicencio of the Alcázar de Jerez hosted the presentation of the official program of the 22 Festival de Jerez, which will be held from February 1 to March 2. The show, which is consolidated as one of the most important events of flamenco throughout each season, once again shines with its great offer and the quality of it. In last year’s edition, the Teatro Villamarta Foundation saw its capabilities diminished due to the internal insecurity of the event, which caused instability at the time of scheduling and the hurry of the start-up of the contest, which was presented a little more than two months before. . This caused that many trainees from countries such as Japan could not participate in the festival because of the impossibility of organizing the trip with so little time available.

The director of the theater, Isamay Benavente, said at a press conference that “we are very happy because this edition will mark the foundations of the future” betting on the “internationalization of flamenco in Jerez”. This year’s programming is marked by the commitment to the figure of women, as well as the relevance of the role of youth. “We are lucky to have a free generation, without any ties when it comes to creating their artistic discourse,” commented Benavente. For this year it is expected to surpass last year’s numbers and “we believe that we are going to achieve it since at this point, in October, more than 900 people have registered for the courses, that is, a 70% of the places are already covered and our intention is to reach the 95% “. The countries of origin remain the classics: Japan, Canada, USA, Brazil or Taiwan. In the edition of 2017 amateurs came to the dance of 43 different countries, reaching to surpass the 34.000 participants in the fifty performances that were offered, in addition it would be necessary to emphasize the mediatic interest of the sample with more than 70 accredited media.

The figure of the woman will play an important role in the show with cycles that bring together great performers of the genre such as María Terremoto, Rocío Márquez, Rosario ‘La Tremendita’, Lucía ‘La Piñona’, Gem Moneo, Belén López, Sara Calero, Gema Knight or Encarna Ring; that will be part of the cycles ‘Women of the Border’ and ‘Women with their own name’. The presentation by Vicente Soto, who will present ‘A la mujer. Copies of the relief ‘accompanied by Tomasa’ La Macanita ‘, Melchora Ortega or Lela Soto. The companies of Manuel Liñán, La Lupi, Rocío Molina, Alfonso Losa, El Choro, Rafaela Carrasco, Isabel Bayón, Andrés Peña, Pilar Ogalla or the show Flamenconautas will pass through the Villamarta Theater. It is important to underline the presence of the National Ballet of Spain and the Flamenco Ballet of Andalusia. Manuel Fernández Montoya ‘El Carpeta’ will be in charge of closing the festival with the premiere of ‘A Bailar’. Other dancers who will perform at Sala Compañía or Sala Paúl, other stages of the show, will be Miguel Ángel Heredia, Juan Ogalla, José Barrios or Jesús Fernández. In the cante section stand out, in addition to those already mentioned, Ezequiel Benítez or David Carpio. The guitar will have a good representation with Antonio Rey, Santiago Lara, José Carlos Gómez, Pepe Habichuela or Diego de Morón. This year there will be no cante in the Villavicencio Palace, one of the most charming spaces in the show where great figures were heard, especially in the first years, without public address and in an intimate way. It only remains to hope that the parallel programming is known to further enrich the cultural offer of the twenty days in which Jerez will continue to be the mecca of dance.

All the programming and workshop of courses:
http://www.jerez.es/index.php?id=festival-jerez