The first album by Sophia Quarenghi, a Swiss artist of Italian ancestry, has nine tracks which include palos such as bulerías, seguiriyas, vidalitas, farrucas and granaínas. 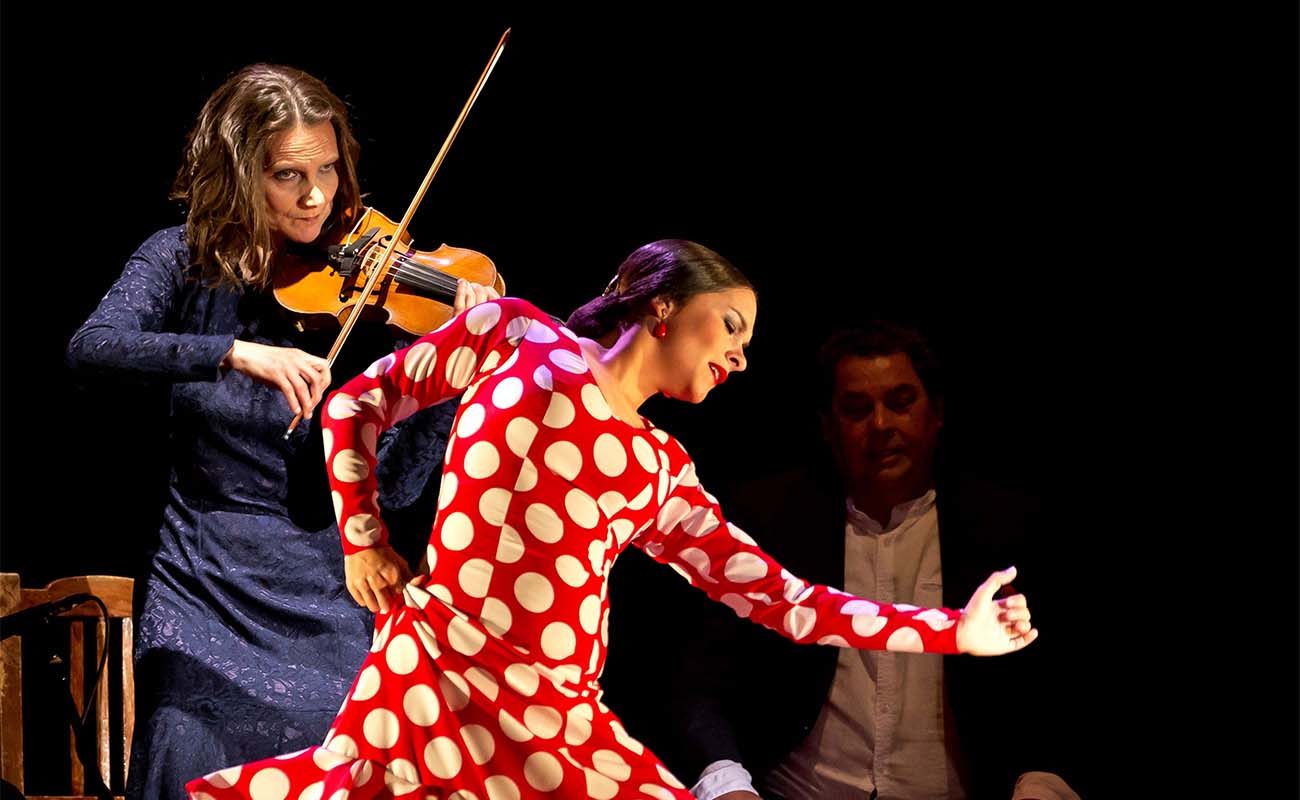 It may seem like violins and flamenco don’t get along, but appearances may be deceiving. Indeed, as they get to know each other, they can become best friends. That’s the opinion of Sophia Quarenghi, who performs as violinist in several flamenco ensembles and in her own productions since she moved to Jerez de la Frontera in 2002. Now she presents Flamenco en clave de sol, her first album.

There are nine tracks in Flamenco en clave de sol, including a farruca, a seguiriya, a bulería por soleá, guajiras and a granaína. The artist herself — Swiss of Italian ancestry — has taken care of the artistic direction, together with the guitarist Juan Diego Mateos. The musical production has been in charge of Diego de los Santos and the album was recorded at estudios La Bodega.

In the making of this album, Sophia has had the collaboration of several colleagues. Juan Diego Mateos himself played the flamenco guitar. Percussion was in charge of Carlos Merino. In cante, Anabel Rosado sang a guajira, Macarena de Jerez performed a bulería por soleá and David Carpio sang a seguiriya. The choirs were by Alicia Jiménez and Marcy Fernández. Jorge Pardo played the saxophone and Chicharito played the balimba. Palmas and jaleos were by Chícharo, Rafael Romero, Gregorio Fernández, Manuel de la Maca and Alejandro Fernández. José Miguel Crespo played cello and Antonio Corrales played the double bass.

Sophia was born in Basel, Switzerland, although her mother was from Bergamo, Italy. However, her passion for flamenco happened by chance. In 1989, Sophia Quarenghi met this noble art in Almuñécar, Granada, as she worked as medical assistant and tried out lessons in baile flamenco. Ever since, her passion for this art has only increased. She deepened her studies of classical violin — which she had started in her hometown when she was five yeas old — and she became a bailaora until she moved to Jerez de la Frontera, where she lives since 2002.