Among the participants in this contest, organized this year by Peña Flamenca Buena Gente, there are many contestants from Spain and also hopefuls from New Zealand, France, Taiwan and Costa Rica 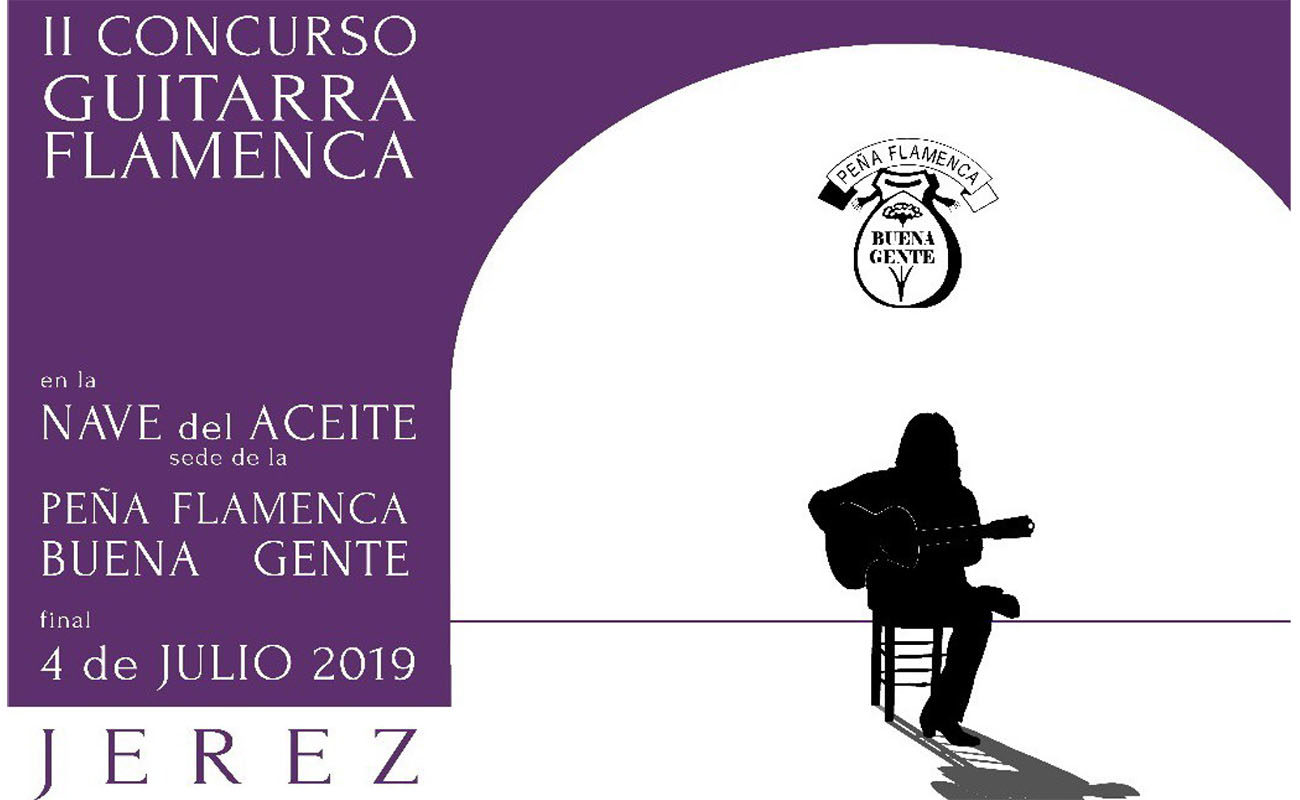 The 2nd Festival Internacional de Guitarra Flamenca de Jerez, which will be held between July 4th and July 6th, has started its countdown. Currently, more than thirty guitarists have applied to participate in the Guitar Contest, which will take place on July 4th at Peña Flamenca Buena Gente, which this year is part of the festival’s organizing team.

After the registration period ended on June 10th, now it’s the artistic directors who are in charge of evaluating the best submissions to then pick the six finalists who will compete for the prizes.

Among the high number of contestants, we must point out the diverse countries of origin of the guitarists. Although the majority of tocaores are from Spain, the long list of hopefuls includes a sizable international contingent, with guitarists from countries such as Costa Rica, France, Taiwan and New Zealand, a fact that highlights the relevance and importance of this contest beyond Spain’s frontiers.

Each contestant has had to submit, as per the established rules, a video where they perform two flamenco pieces, without editing or post-production retouches, having a maximum length of ten minutes. The recording must include a free-choice solo piece and another accompanying cante, also free-choice, having only voice and guitar.

The variety of toques has also been noteworthy, although malagueñas, tangos and soleás were the most commonly submitted palos. Yet, in the long list we also find tarantos, seguiriyas, guajiras and bulerías.

Regarding the age of the contestants, it varies from 40 to 15.

These days the organization will select the four guitarists who will take part in the grand finale on July 4th.