Home / Actualidad flamenca  / Macanita, cantaora from Jerez, gets ready for her end-of-year show

Macanita, cantaora from Jerez, gets ready for her end-of-year show

Tomasa Guerrero Carrasco will be able to say in a few years, being still young, that she’s been involved in flamenco for fifty years, because she was already performing in parties and on stages as soon as she was taking her first steps in her Santiago neighborhood. It’s been a whole, fruitful life, for the benefit of all those who 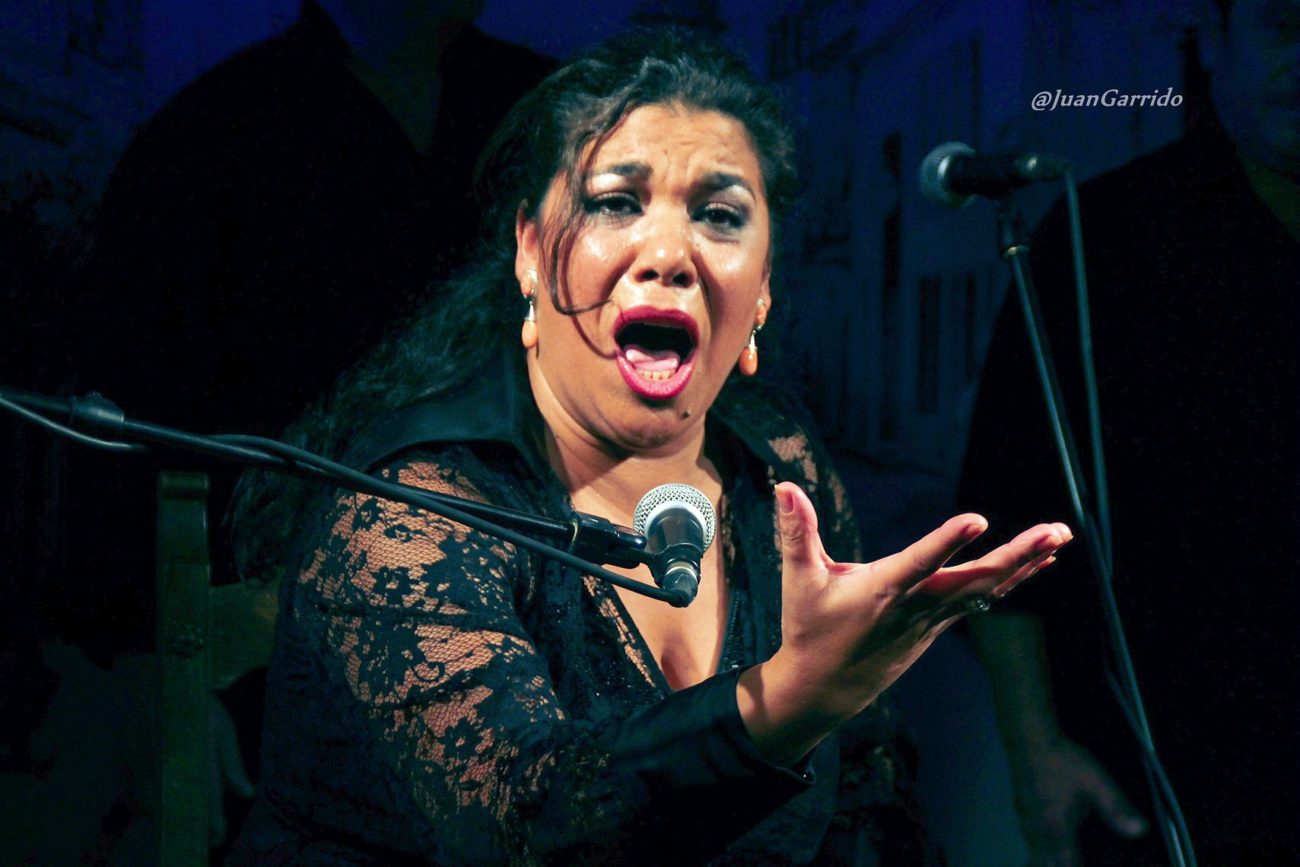 Tomasa Guerrero Carrasco will be able to say in a few years, being still young, that she’s been involved in flamenco for fifty years, because she was already performing in parties and on stages as soon as she was taking her first steps in her Santiago neighborhood. It’s been a whole, fruitful life, for the benefit of all those who love flamenco. Having a unique voice, she assimilated the life experiences offered by the previous generation, learning the values that those embracing the legacy of centuries of Gypsy musical culture must posses. It’s true that, despite not having experienced the privations suffered by the postwar children, La Macanita, a well-known nickname inherited from her father, grew up in a constant struggle to provide for her numerous family. She was just 4 years old when she was featured in the legendary TV series Rito y Geografía del cante, taking part with her fine voice in a spontaneous party por bulerías, offering an unusual portrayal of such age, without a doubt.

She amazed, enthralled and captivated those who organized festivals, private parties and other events related with flamenco in Jerez, at that time. Yet, she made the leap to Madrid, joining other artists from her land for a few seasons in El Tablao ‘Los Canasteros’, such as Paca and Manuela, Moraíto and Juan Moneo El Torta. She was outstanding in her own right, not just a sideshow. She was barely twenty years old when she already as a star in Jerez, at the time when Paquera was the Queen and Fernanda and Bernarda were at the peak of their careers. Yet, Tomasa had her own space. Both Moraíto and Parrilla, two guitarists with a loyal following, adopted her as their muse whenever they performed. They had been the most ubiquitous guitarist during the 1990s and the beginning of the new millennium, as well as in Tomasa’s discography.

The last album released by this cantaora was nominated to the Grammy Latin Awards. It was recorded live with Manuel Valencia at the Círculo Flamenco de Madrid and is considered by aficionados one of the best flamenco albums released in the last few years. The thing is that Macanita is good at everything she does, and she has proved it in these difficult years when her quality and prestige have remained undiminished and she leads in the number of performances in every season. She will soon be performing at the Potaje de Utrera (June 30), at the Festival de la Yerbabuena en Las Cabezas de San Juan (July 6), and in August she’ll perform in Ronda, Estepona, Cazorla, Puente Genil, Porcuna and at the Fiesta de la Bulería in Jerez.

Jerez-Xerez-Sherry and La Luna de Tomasa have been two great albums she released as soloist, and we can’t forget Mujerez, recorded with Juana la del Pipa and Dolores Agujetas, so highly acclaimed, among others. Tomasa also collaborated with the albums Jerez canta a Manuel Alejandro, Jerez canta a Caballero Bonald and the last album of Vicente Soto.

While it’s true that Macanita is greatly renowned for her soleás, we shouldn’t forget her talent in many other cantes, such as bulerías, tientos, tangos, saetas, seguiriyas, alegrías, malagueñas and villancicos. Tomasa is able to succeed in whatever she does, as it became apparent in Manolo Sanlúcar’s album Tauromagia, or in her rendition of the plegaria al Prendimiento in Jerez’s Holy Week, which was the talk of the town. It’s precisely around the world of villancico that Tomasa is preparing a concert which will be held in Jerez’s Villamarta theater on December 6. It will be a Christmas Concert and it’s already confirmed in the theater’s program that Macanita will be that evening’s protagonist. That’s noteworthy, because until now she hadn’t had such opportunity, even as she had taken part in the great villancico events of the last thirty years. Macanita won the trophy Real Tesoro, a la Promoción del Villancico, awarded by the Asociación de Belenistas de Jerez (2002); she has taken part in most tracks of the album Así canta nuestra tierra en Navidad, released by Caja de Ahorros de Jerez; she has shared the stage with Rocío Jurado and José Mercé during villancicoperformances; she was in charge of performing villancicos in Carlos Saura’s movie Flamenco, and has performed numerous times in the stage of this theater taking part in several villancico productions. However, this will be the first time she’ll be the main performer in this venue. This is a perfect opportunity to meet again an artist who has the trust of her teachers and the admiration of Jerez’s locals and young aficionados alike, being nowadays, due to her career, discography and awards, Jerez’s preeminent cantaora.