Home / Actualidad flamenca  / Manuela Carpio: “I’m delighted to be featured in the ‘Jerez, Gran Reserva’ festival, it has a great lineup and no one should miss it”

Manuela Carpio: “I’m delighted to be featured in the ‘Jerez, Gran Reserva’ festival, it has a great lineup and no one should miss it”

The bailaora is tackling a period of intense work with “excitement and peace” as, like she says, “things happen when they’re supposed to, and we must enjoy them when they do” 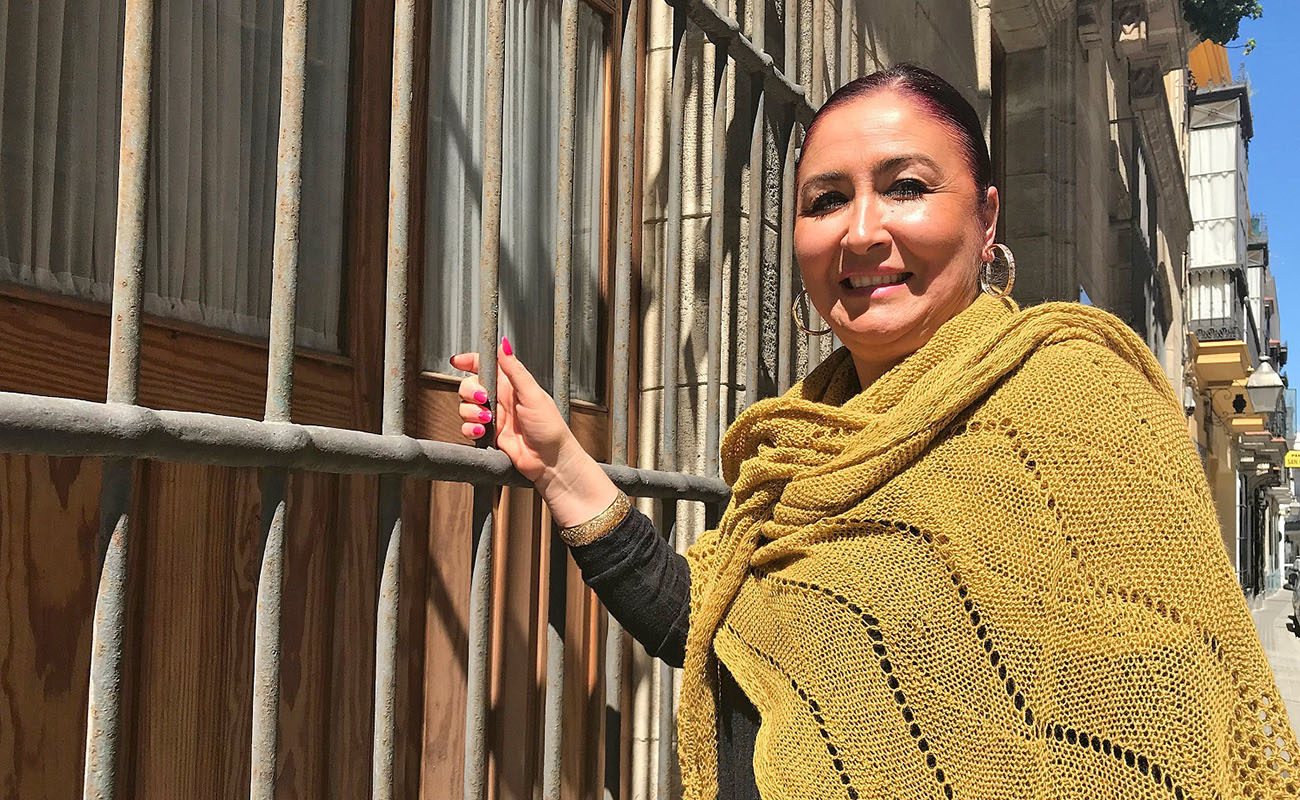 Manuela Carpio, Gypsy bailaora from the Plazuela district, has spent her whole life on stages. Ever since she was born, in 1968, she’s been living among cante and baile quite naturally, as the families of both her parents are one of the most prestigious among the Gypsies of Jerez: Carpio and Moneo. Thus, it was only natural that she decided to devote herself to flamenco since and early age, taking part in the shows of Manuel Morao after training at the academy of Cristóbal ‘El Jerezano’, her first teacher of baile. Morao immediately noted the innate talent of this little girl and included her in his successful flamenco kids ensemble “España-Jerez”, together with other young flamenco artists of that time, such as La Macanita and Tomasito, who are now great artists in their own right. After that period, now a little older, she started touring and performing in the stages of New York, Miami, Madrid and other European cities. Later she focused her career as a teacher in her academy, although after a few years she would come back to the stages, performing at the Fiesta de la Bulería (2015) and Viernes Flamencos (2016) and well as at the Festival de Jerez, with “Casta de una bailaora” (2006), “Manuela con el alma” (2012) and, at the Villamarta theater in 2017 “Al compás con su gente”.

“I’ve had very good years, I think that things have happened at the time when they were supposed to”, Manuela said. It’s a fact that she has never been particularly ambitious, “but sometimes, opportunities which can’t be ignored come up, and we must take and enjoy them”, she continued. As an example, she mentioned one of the events where she will perform this summer, the festival Jerez, Gran Reserva, which will take place on July 7 in Jerez’s Plaza de Toros (bullfighting ring). “When I got a call from José Luis Lara, I felt so happy, because I love to dance in my hometown with my people, and besides it’s an evening honoring Pansequito, one of the greatest”, she said. Manuela will be part of the group “Con el baile en la memoria” together with other great bailaores such as Diego de la Margara, Enrique Pantoja, Gema Moneo, Miguel Ángel Heredia, Fernando Jiménez, Tía Curra and Tía Yoya. Among other artists in this group are El Purili de la Línea, Remedios Reyes, El Quini, Juanillorro, Juan Lara and Luis de Mateo.

“Careful, be sure to attend!”, she said, “because it’s a great lineup and no one should miss it.”

Before that show, Manuela will be giving a master class in Paris for three days, and she also will take part in Cajasol’s Viernes Flamencos series in Seville on May 17. Another adventure where this bailaora has been fully involved is directing one of the shows programmed for the Fiesta de la Bulería de Jerez in August, honoring the late Manuel Moneo.

That evening Manuela will be sharing the stage with the artist being honored, as well as with Aurora Vargas, Rancapino Chico, Pedro ‘El Granaíno’, the Pañero brothers, Luis Moneo, José Carpio ‘Mijita’, Lela Soto ‘Sordera’, María Terremoto and the above-mentioned group. That’s why for Manuela “it’s an opportunity to enjoy Gypsy flamenco”. The tickets are on sale at tickentradas.com and at Malamúsica, in Jerez, and they are selling fast, considering that the seats in the inner circle are numbered.