Home / Actualidad flamenca  / Pedro ‘El Granaíno’: “Jerez welcomed me when I started my career, so it will always be special for me”

Pedro ‘El Granaíno’: “Jerez welcomed me when I started my career, so it will always be special for me”

The last time he was singing in Jerez was in the show that the dancer Antonio Molina brought to the Festival The Choro , in which he played the gypsy anthem Gelem-Gelem . It was so concrete the collaboration of Pedro Heredia Reyes (1973), known for the world of flamenco as The Granaíno , that the public was left wanting more. He was also in the 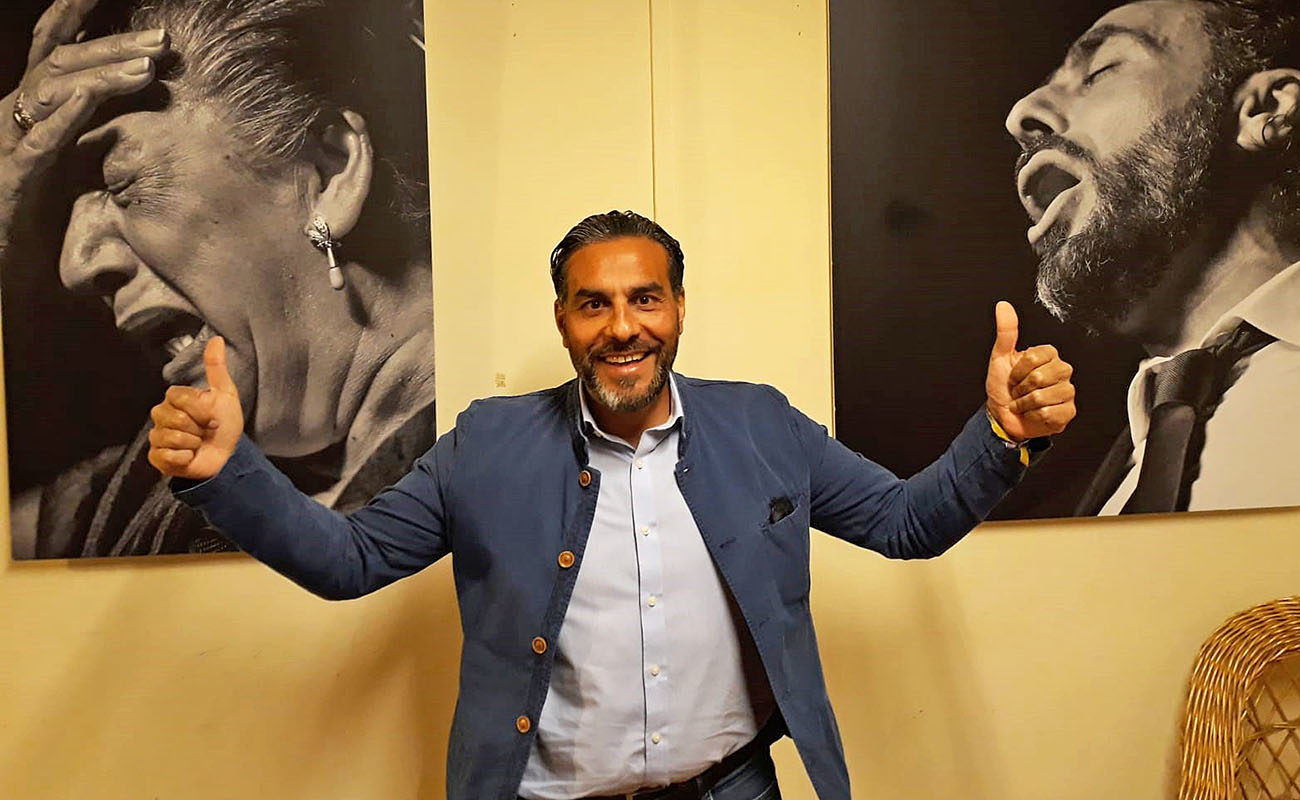 The last time he was singing in Jerez was in the show that the dancer Antonio Molina brought to the Festival The Choro , in which he played the gypsy anthem Gelem-Gelem . It was so concrete the collaboration of Pedro Heredia Reyes (1973), known for the world of flamenco as The Granaíno , that the public was left wanting more. He was also in the cycle Spring is Flamenca of the Peña Buena Gente in June 2016. These are dates that are remembered since he is not a regular cantaor in local programs, being currently one of the most required in the circuit of festivals in Spain, although he says that “Jerez trusted me when I started alone”.

The Granaíno It is located at the top and that is why it is present in international shows, both as a soloist and as part of first class dance companies. He has not hesitated to recognize over the years that his career took a turn from his solo performance at the Festival de Jerez, and that is why “to this land I have a special affection and I will always be grateful” . Pedro, who passes “for a moment of great responsibility and constant hope” will be back on this earth, being part of the festival Jerez, Gran Reserva , that this year celebrates its second edition and that pays tribute to Pansequito, the next 7 of July in the Plaza de Toros.

For the singer, Pansequito “has been and is a revolutionary” so “he became a reference for our generation, for his personal personality and style”. On that night he will share a poster with other colleagues such as the honoree himself, Aurora Vargas, Rancapino Chico, Luis Moneo, María Terremoto, Lela Soto, José CarpioMijita , and the brothers Perico and José Pañero, as well as with the painting The dance in memory , which will involve some greats such as Manuela Carpio, Diego de la Margara, Gem Moneo or Enrique Pantoja.

Pedro comes to succeed in Ibiza, Burgos, Patios Festival of Cordoba, Zaragoza, and is already preparing for a frenetic summer in which he will have to perform in places like Almeria, where he will pick up the prestigious award given by the Peña The Taranto awarded in 2017, then pass through Murcia, the Suma Flamenca de Madrid, Alahurín de la Torre and Ojén (both in Málaga), travel to Amsterdam, return to La Puebla, and conclude the summer at the Lope de Vega inside the Seville Biennial.

He admits that he is “delighted and eager to participate in the Jerez, Gran Reserva with such great companions. “Tickets can be purchased at   https://www.tickentradas.com/eventos/honores-a-pansequito-ii-festival-flamenco-plaza-de-toros-de-jerez-2018 and in MalaMúsica (Calle Medina, Jerez).