The Gypsy neighborhoods of Jerez

Some of the tenements (“casas de vecinos”) were located in Santiago, one of the Gypsy neighborhoods of Jerez. This is the birthplace of artists such as Tío José de Paula, Manuel Morao, Fernando Terremoto, Manuel Soto “Sordera”, “Tío el Gloria” (whose stage name was “El Niño el Gloria”) and “Las Pompi”, two sisters whose real names were Luisa and Manuela, among many other artists. Besides Santiago, 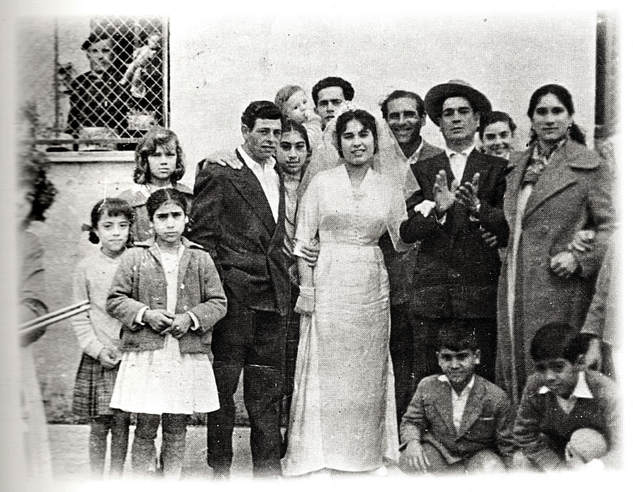 Some of the tenements (“casas de vecinos”) were located in Santiago, one of the Gypsy neighborhoods of Jerez. This is the birthplace of artists such as Tío José de Paula, Manuel Morao, Fernando Terremoto, Manuel Soto “Sordera”, “Tío el Gloria” (whose stage name was “El Niño el Gloria”) and “Las Pompi”, two sisters whose real names were Luisa and Manuela, among many other artists.

Besides Santiago, there were two more Gypsy neighborhoods. “La Plazuela” or San Miguel neighborghood was the birthplace of “Tío Chalao”, Domingo Rubichi, Lola Flores, Manuel Torres, La Paquera, Manuel Agujeta and many other important artists. Then there is “La Albarizuela”, where some Gypsies from La Plazuela lived, since the slaughterhouse was located in this district (there is indeed a street in this area called “Matadero”, which literally means “slaughterhouse”). Practically all the workers of this abattoir were Gypsies, although nowadays there’s barely any Gypsy family left in this district.

The new slaughterhouse of Jerez (also extinct nowadays) was located in the La Asunción neighborhood, one of the first neighborhoods in Jerez built specifically for low-income families. Those apartments were given out about fifty years ago and its first inhabitants were the Gypsies who worked in the old slaughterhouse of La Albarizuela. This district became the meeting place for the Gypsies from the other three neighborhoods and there are Gypsies still living there. The percentage of Gypsies employed in the new slaughterhouse was also very high. Work conditions in the abattoir were so hard and unpleasant that few people wanted to work there.

Thus, history repeats itself, with long days of hard work for little money, just like the work on farms, in former days. Gypsies adapted once again, always keeping their good spirits. In this occupation, too, food was also part of the pay, although uncooked in this case; these were the leftovers from the slaughtering process, the so-called “gandingas”. This was food of little value that they knew how to make count, either giving them to their wives for cooking or re-selling them.

Elder Gypsies would say that, as an exceptional oddity, sometimes a calf or cow brought to the slaughterhouse might be pregnant. The fetus, weighing 20 or 30 pounds, called “miñato” by Gypsies, had to be discarder, as its sale was forbidden. Yet, in years of extreme deprivation, some Gypsies would dear to eat this. This was an almost worthless fare requiring extensive cleaning.

Some of those products created unpleasant smells when they started to be cooked. Yet, Gypsy women kitchens were gastronomical temples were simplicity was absolute. With a little thyme, cumin, bay leaves, garlic, onion, bell pepper, manteca colorá (lard mixed with spices such as oregano, paprika and bay leaves), oil, some Jerez wine and a few other things, they would succeed in creating delicious aromas out of their stews, enticing the appetite of the diner guests.