Flamenco around the world

Nowadays, however, when listening to flamenco outside of Spain it’s wonderful to see the high level of the aficionados and the good taste of the festival’s organizers. 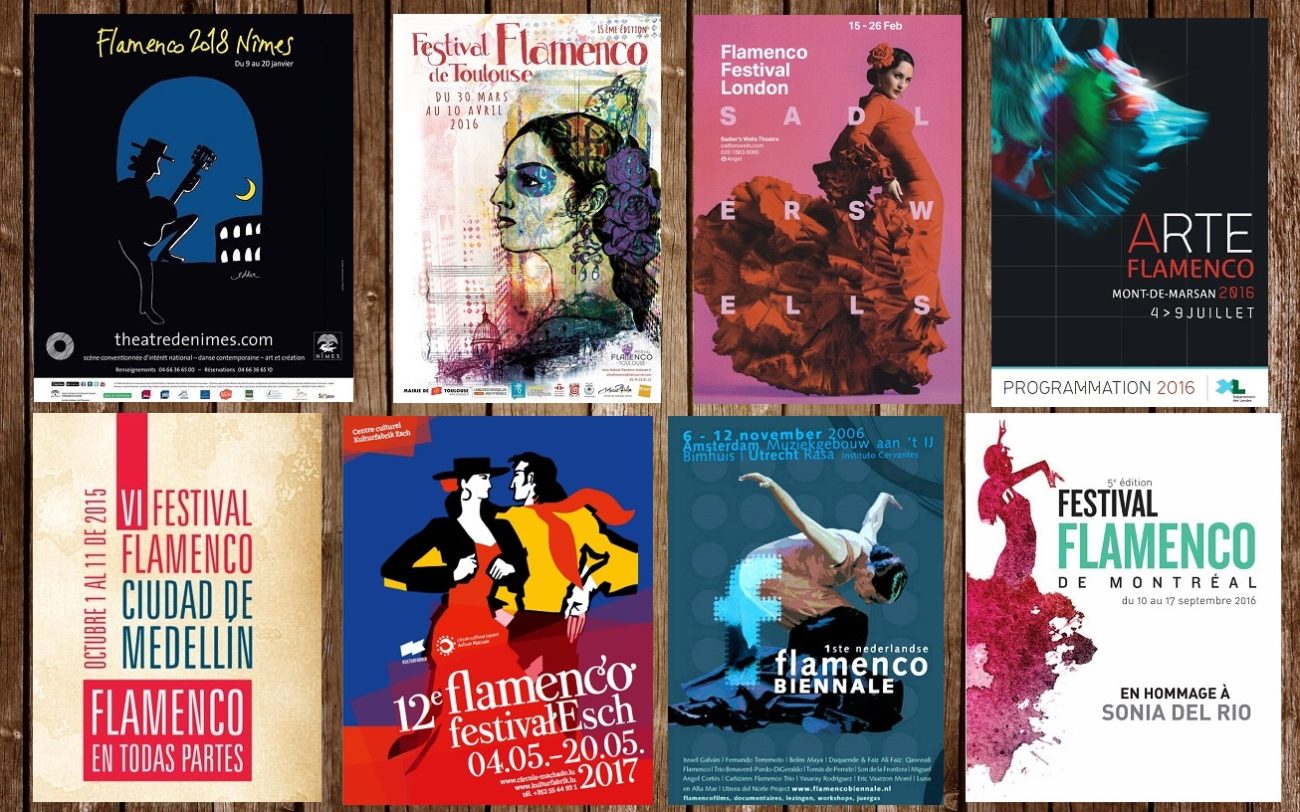 There are quite a few international flamenco festivals, each with its own unique atmosphere. I’d love to experience all of them, although I’ve already attended some, like those of Mont-de-Marsan and Nîmes, two great events. Unfortunately, if I’m not invited it will be impossible to go to all of them, since the organizations I work for cannot afford the luxury of paying for the travel expenses, because the trip and hotels are pricey. There is a way, though: writing wonderful things about these festivals in the social networks and get them to make the invitation, offering to cover all expenses. I’ve never done that, but it happens often.

This January, I’d love to attend the Biennale in the Netherlands, but I noticed that Israel Galván’s La Fiesta is the opening act, and Andrés Marín’s Don Quijote is the closing one, so I’m no longer too excited. It’s true that this festival will feature more traditional flamenco performances, but their focus is not the type of flamenco I’m most interested in. Of course, if I attend it would be because I was invited, and if I criticize the event, that would be the end of it. So, I’ll go one day, but as humble tourist and flamenco aficionado, paying all the expenses myself, because even as I’m not a fan of this festival’s artistic focus, it’s an event I’d like to attend one day.

I remember when, about thirty years ago, I was invited to a flamenco festival organized by some Spaniards in a mayor European city. I agreed because it was a way for me to get to know that country, even as I didn’t like the lineup that much. I was going as a presenter, for free of course, and when the time came to present the festival, I realized it was going to take place in a park with all the attendees lying on the grass with tablecloths and a lot of food and drink.

The stage was under a tent, and if I remember well I was given a megaphone instead of a microphone. I refused to present the festival and they punished me by leaving me on my own for three days in that city I didn’t know, without any money and unable to speak English. If it weren’t for a waitress from Catalunya who gave me food and a little love, I’d have walked all the way back to Seville.

I was quite surprised that those Andalusians who had emigrated in the 60s and 70s to that country in central Europe had completely forgotten the essence of good flamenco and couldn’t figure out if Caracol and Manolo Escobar sang the same style of flamenco or not. They were uprooted and lost. Fortunately, nowadays things are different and in many cities around the world there are good flamenco festivals. I once attended Miguel Marín’s flamenco festival in New York and I was amazed at how well organized it was, as well as at the quality of the public who knew very well what they were watching and listening to.

Many years ago, I met a cantaor in Munich, Germany, Niño del Arenal, who sang every night at a Galician grill, which was also a bar featuring live music. I noticed he was bruised and asked him if he had been in an accident, but we answered that he hadn’t, that those were “bruises of war”. It turns that he was often hit by someone after singing Manolo Escobar’s Mi Carro and some of Perlita de Huelva’s fandangos. He was from Seville, a humble cantaor, who had to sing those things to be able to eat something. He had lost his Andalusian roots and gone astray big time.

Nowadays, however, when listening to flamenco outside of Spain it’s wonderful to see the high level of the aficionados and the good taste of the festival’s organizers. It’s not everywhere, but in most cities around the world.