Home / Blog El Bordonazo  / Grandpa and the missing ones

Grandpa and the missing ones

-Grandpa, I suppose these days, near Christmas, you must be missing your flamenco friends, don’t you? -A lot, Manolito. Flamenco artists have been, and still are, like special members of my family. I don’t think this happens in other music genres, such as opera or jazz. Flamencos are closer, perhaps humbler, I don’t really know. I treated Valderrama as if he were my 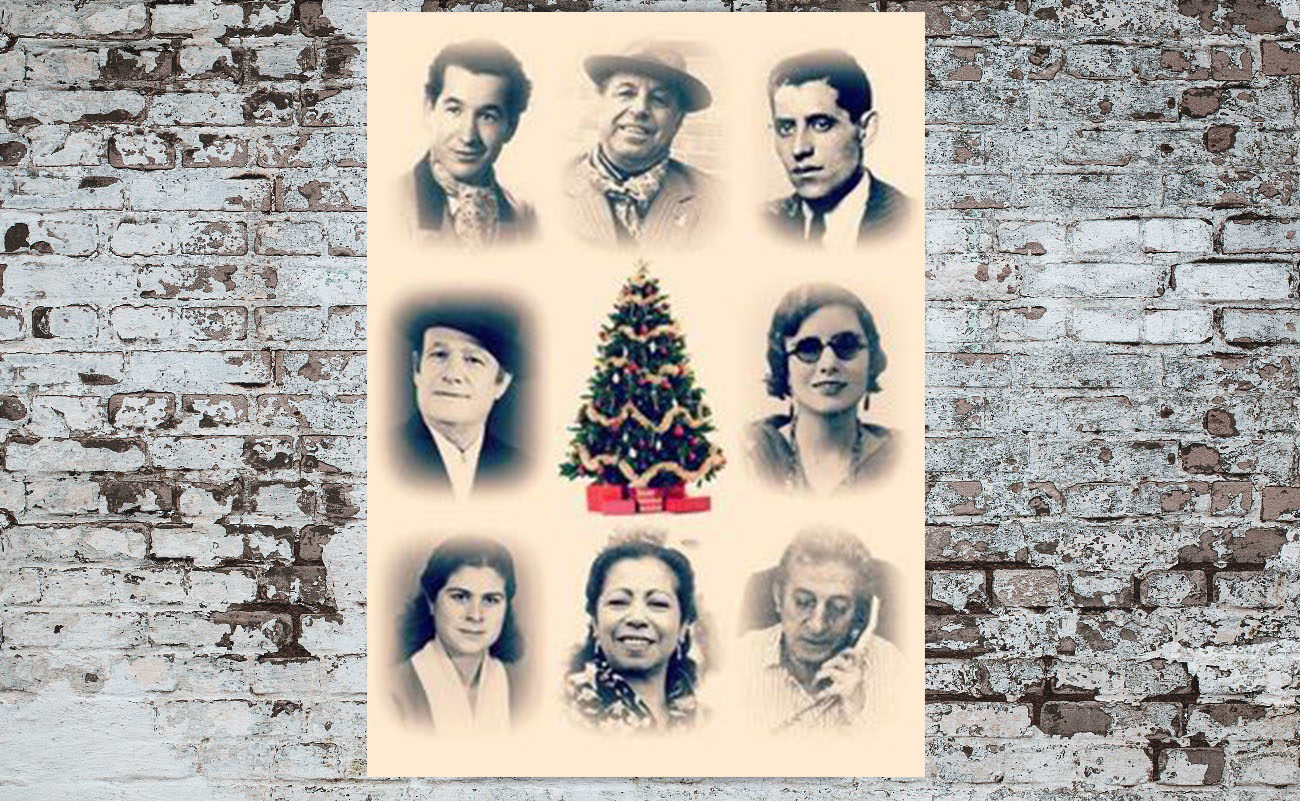 -Grandpa, I suppose these days, near Christmas, you must be missing your flamenco friends, don’t you?

-A lot, Manolito. Flamenco artists have been, and still are, like special members of my family. I don’t think this happens in other music genres, such as opera or jazz. Flamencos are closer, perhaps humbler, I don’t really know. I treated Valderrama as if he were my father or my older brother. Same with Antonio Mairena. I remember when Niño de Frenegal was in his deathbed. I called him, and he asked me to interview him. I made the interview as he lied on his bed, in his house, and he died a few days later. There was a mutual love and trust.

-What are your memories of Antonio El Sevillano?

-Those are unforgettable memories. I admired him so much that we became friends and I interviewed him one evening, in a radio show, for two hours. I think that was in 1986, when his health was worsening. He had an incredible sense of humor, and a huge zest for life. He loved women, and his lyrics (most of which he wrote himself), expressed that passion. Porque el lujo te gustaba…(1) He had such speed in his throat, it was almost impossible to imitate him. He had two or three fandangos, created by him, which were incredibly difficult to sing. That’s the trademark that immortalized him.

-Totally. Oh, well. He made his career, left a good discography and a unique style.

-Is there any cantaora you miss, grandpa?

-Lots. I can’t say that I was a close friend of Niña de la Puebla, but I met her many times and I admired her cante and her very positive attitude in life(2). What a great personality that woman had, and she could sing lots of different palos, although she was pigeonholed as a singer of campanilleros and milongas. One evening I listened to her singing por seguiriyas, at the Reunión de Cante Jondo in her hometown, Puebla de Cazalla, and I was very impressed. Her voice wasn’t quite suited for that cante, yet she knew her trade and that night she moved thousands of people to tears. She’s another one who has been greatly forgotten. I also miss La Paquera a lot, she was a genius of cante. There won’t be anyone like her in a thousand years, if at all. I greatly miss Fernanda de Utrera, too. I really loved her. No one has ever sung soleás with such depth, enjundia and Gypsy feel.

– Not even Niña de los Peines?

-They were totally different, and from different periods, too. They can’t be compared. Fernanda had an incredible depth, jondura, yet Pastora was more musical, even as she was quite good in that palo.

-These days was the 24th anniversary of Pulpón, the artist’s agent. Did you deal with him a lot, grandpa?

-A lot. He was a man with an incredible capacity for work, a tireless workaholic. He has great merit for straightening the careers of many stars who originally weren’t professional artists, and that’s not easy. He became very powerful in the flamenco world. He also helped many artists when they had financial troubles. Naturally, he wasn’t perfect, yet I miss him because he was polite and kind with the good aficionados and with the critics. It’s not fair that Seville, in particular, had forgotten him so miserably. I hope he’ll be remembered on the 25th anniversary of his death.

-Are you nostalgic, grandpa?

-Yes, I feel great nostalgia for those years. Those were great days. I mean the 1960s, 1970s and 1980s, particularly. If you attended a flamenco festival, you’d meet a dozen great stars. The peñas had another feel, everything was more humane, pure. I don’t know, it was a special time. It surely gets embellished with the passing of time. I remember that in those years, the older aficionados missed Marchena, Vallejo and Niña de los Peines.

-Everyone prizes their own time, don’t they?

-How will you spend Christmas?

-I’ll get myself disconnected from most things. All I yearn for is quiet, peace and good chat, nothing more. To have a drink with friends, to share with family… The typical things of the season.

-Actually, I’ll be reading. I’ve bought a few books and I’ll read a lot. I also like villancicos and campanilleros. I have a good record collection and I plan to use it.

-Merry Christmas, Manolito. What about you? What will you do?

-I’ll enjoy everything, because life is beautiful. ?

-Good plan. All by yourself, or in good company?

-Don’t be so nosy, grandpa.

(1) Porque el lujo te gustaba (“Because you loved luxury…”) is a well-known fandango by El Sevillano.

(2) Dolores Jiménez Alcántara, a.k.a. Niña de la Puebla, was blinded for life as the result of poorly mixed prescription eye-drops, meant to treat an eye infection, when she was only three days old.