Juan Breva in the Hall of Manuel Arjona

A few days ago, on June 8, was the 100th anniversary of the death of Juan Breva, the greatest flamenco artist in the history of Málaga and one of the greatest in all Andalusia. Not much has been written about his relationship with Seville, but he performed several times in this province, not just in the cafés of the capital but 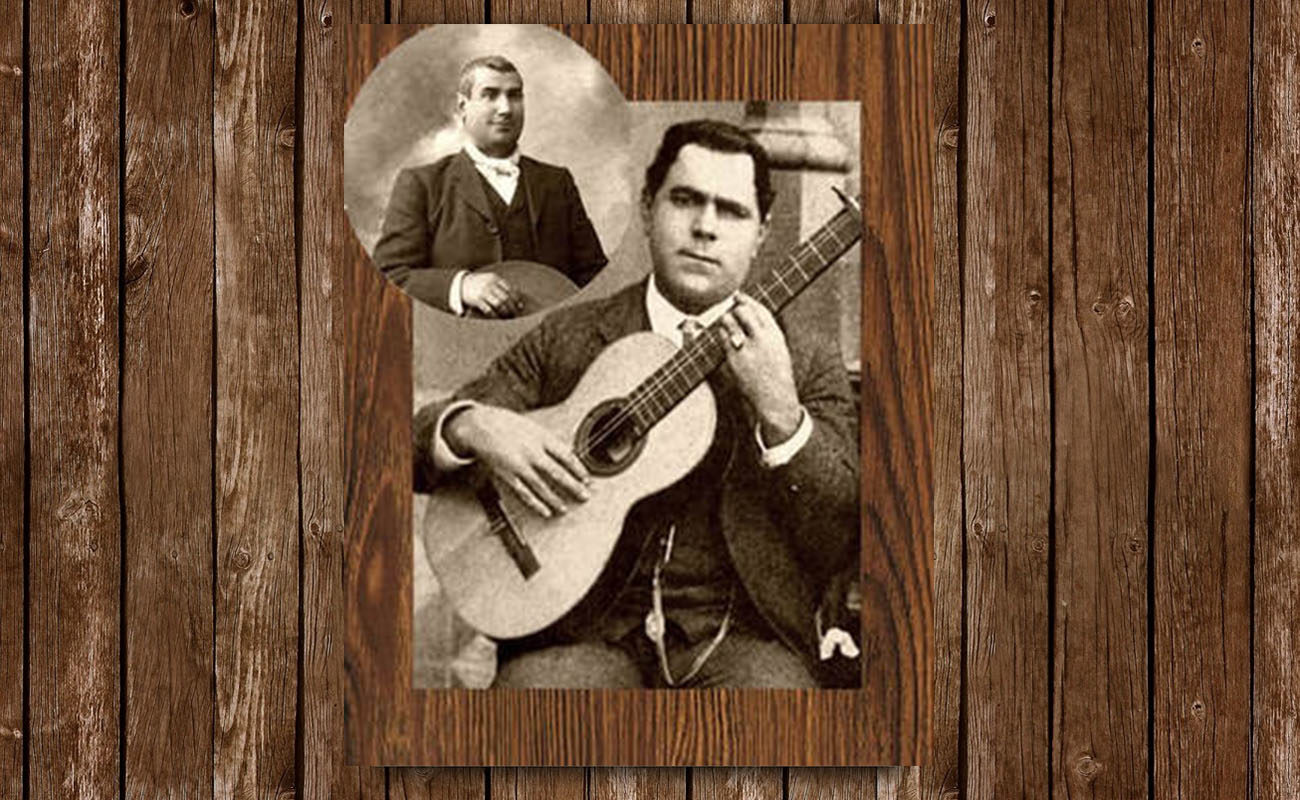 A few days ago, on June 8, was the 100th anniversary of the death of Juan Breva, the greatest flamenco artist in the history of Málaga and one of the greatest in all Andalusia. Not much has been written about his relationship with Seville, but he performed several times in this province, not just in the cafés of the capital but also in other flamenco establishments of various provincial towns. One of such places was Herrera, for example, a town of Seville with little flamenco tradition, where the Salon Arjona was located, owned by Manuel Arjona, who was a close friend of this great cantaor from Vélez-Málaga. Juan Breva not only performed several times in his friend’s venue, but he also brought in other artists he recommended, such as El Cojo de Málaga and La Trini. Let’s not forget that Breva had his own company of cante and he was always committed to find new talent.

A while ago, I had the opportunity to spend a wonderful day with the late Antonio el Monino, from Herrera, who at the time was one of the most senior experts of cante. I had travelled to Herrera to finally be able to go inside the old Salón de Manuel Arjona, a venue where all the great flamenco artists from the beginning of the 20th century until the start of the 1936 Spanish Civil War had performed. According to El Monino, this venue was the stage of performances by Chacón, Niño de Cabra, Manuel Torres, Niña de los Peines, Manuel Escacena, Tomás Pavón, Niño de Marchena, Carbonerillo, Pepe Pinto, Canalejas de Puerto Real, Perla de Triana and, above all, Manuel Vallejo, who also used to sing saetas from the balconies.

This hall is still preserved as it was in those days, and in its walls we can see photographs from the 19th century and yellowish newspaper pages of that time, particularly clippings about Emilio Castelar, the politician from Cádiz who was briefly president of Spain during its First Republic in the 1870s, and who abolished Spanish nobility titles and slavery in Puerto Rico. Quite a character. The bar is from those days, and it’s still in perfect condition. There is also has a barrel of Jerez from the same period, and it gave me goosebumps just to think that some of those artists mentioned above would have drank from it.

This establishment belonged to Manuel Arjona, flamenco aficionado and committed entrepreneur. He used to befriend the artists who performed in his venue, and he reportedly was a great friend of Juan Breva, the great cantaor from Málaga, and also of Cayetano el de Cabra. Manuel Arjona died in 1935 and soon the Spanish Civil War began, putting an end to flamenco activities in that establishment. When I entered that hall and saw those very old photographs on the walls I felt really moved. I could easily imagine Chacón, Pastora, Carbonero, Marchena and Vallejo singing there, in their prime.

The place is currently owned by the great-grandson of Manuel Arjona. It would be great if Herrera’s Town Council could acquire it, turning it into a cultural center or a museum, because it’s a true jewel, perhaps the only well-preserved flamenco hall of those days in the province of Seville. It would be sad if one day it ended up being demolished and turned into a fast food restaurant.

Antonio Bermúdez Arjona, El Monino, was a nephew of Manuel Arjona and he use to speak wonders of him and of his relationship with Juan Breva.