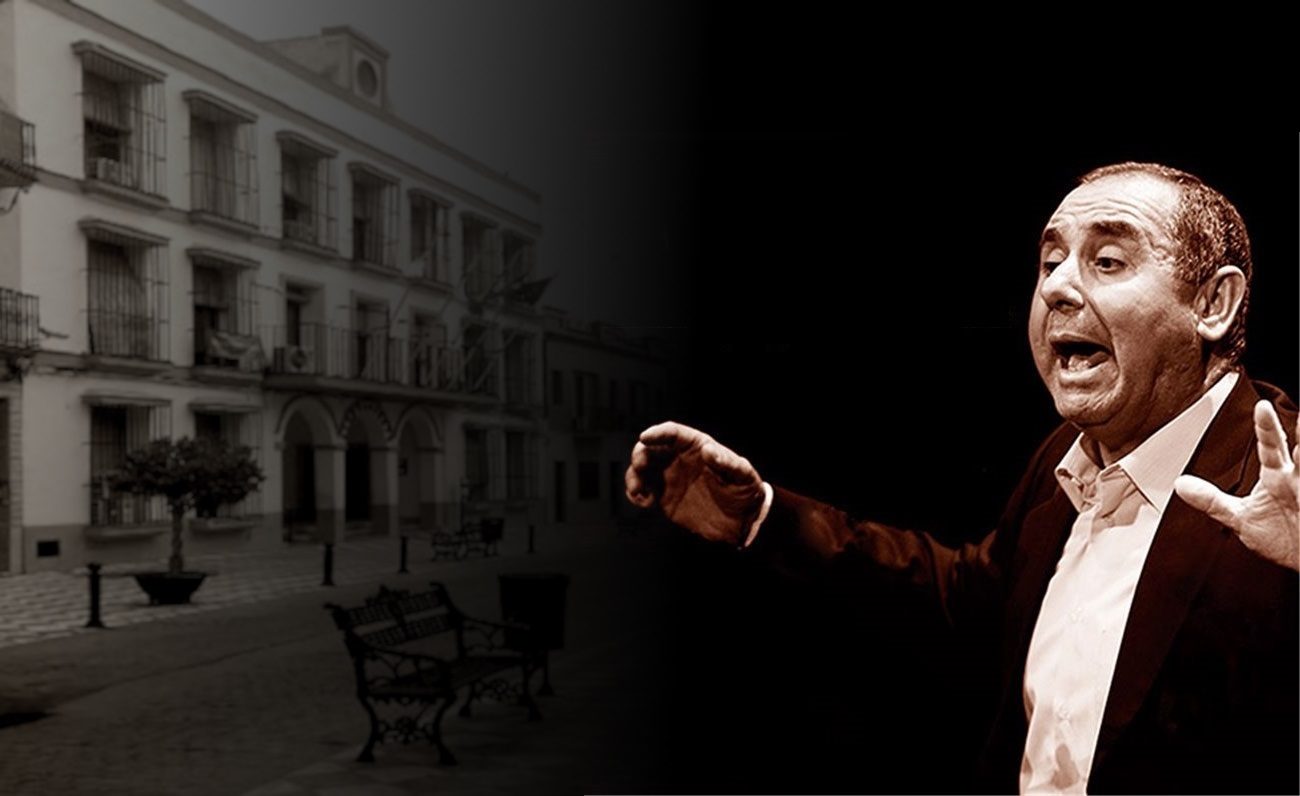 It had been a long time since I had last attended a recital of cante at Peña Flamenca Paco Mazaco, in Coria del Río (Seville province), and that’s what I did last Sunday. The recital was by Manuel Cástulo, from Mairena del Alcor, who is among the best ones in our days when it comes to cante jondo. Without a doubt, he is the foremost representative of Mairena’s cante. I mean the town of Mairena, not just Antonio Mairena or what we know as the House of Mairena.

Cástulo is a faithful disciple of Antonio and his school, which he typifies without any kind of complex. I say this because lately there has been problems with the matter of complexes. One thing is imitating a cantaor, another is being a faithful exponent of a master or his school. This cantaor from Mairena sings the way that people have been singing in Mairena, a very flamenco town in the province of Seville, even before Antonio Mairena became famous, because this town in the Alcores district has always had a bunch of great aficionados, fields laborers or traders who sang in taverns and family parties just because they liked to.

There are still a lot of people who sing just because they like singing and are not professional cantaores, particularly singers of saetas. Mairena is a town of saetas, tonás, soleares and seguiriyas. Cantaores here don’t usually sing guajiras, tarantas or granaínas, even as they’re able to sing any palo, like Antonio Mairena himself did, even as he preferred other palos. Mairena was able to get into a party and sing whatever was necessary.

There is a well-known story in this town about one day when Antonio was in a party with a group of friends, aficionados and other local cantaores, and someone complained that he never sang fandangos. Mairena got upset and sang fandangos for one hour without repeating one single verse. Besides being a great cantaor, Antonio was a great aficionado, so he knew pretty much everything.

The atmosphere in the peña of Coria del Río was wonderful. This is one of the best peñas in Andalusia, a very flamenco corner with very competent aficionados. Not many of them, but they’re good. The peña itself is not big, but it’s cozy and decorated with many photos and posters in its walls. The bar is away from the stage, in a different room, so it doesn’t disturb the artists at all. They often have good soups and marinated mullet, one of the gastronomic specialties of this land. In all, it’s a perfect peña to sing, play the guitar and listen to flamenco with respect.

Cástulo was at ease and he sang as he usually does: committed and with impressive sobriety. He was accompanied by a seasoned guitarist, José de la Pura, from Chiclana (Cádiz province). There are few guitarists like him able to accompany the cante of an artist like this cantaor from Mairena, without any superfluous embellishment. His toque is so flamenco and jondo that Cástulo was able to give a great recital, even as in his first cante, a malagueña, he seemed a bit off. Yet, as soon as he started his tientos-tangos he improved in every way. He was superb in the soleares, seguiriyas and alegrías, and excellent in the fandangos.