When Milagros dances por alegrías, with her bata de cola, which she moves like Velázquez moved his paint brushes, it’s always a lesson in danza jonda, with its entradas or salidas, its llamadas, marcajes, desplantes, escobillas, idas and coletillas. 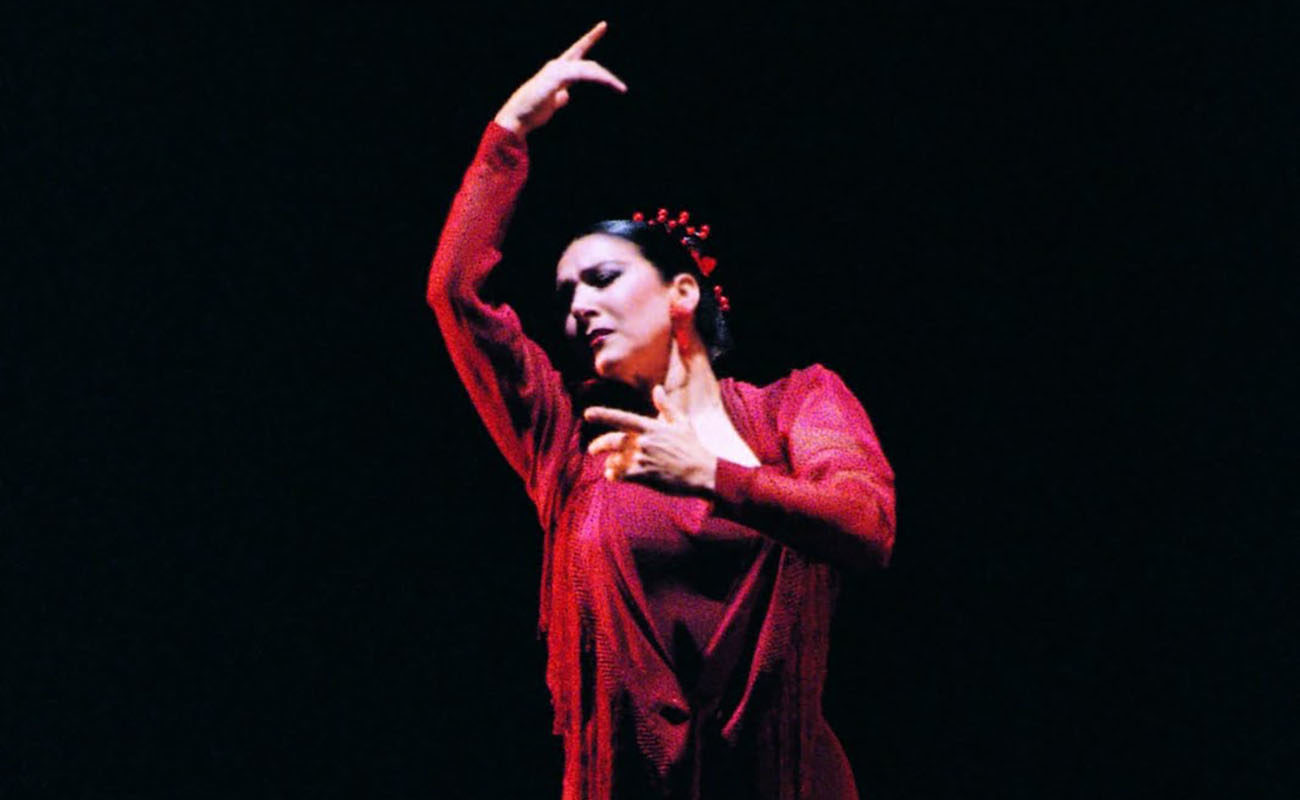 Everyone has their own preferences and weaknesses, and I’ve never hidden mine when it comes to baile. Same with cante and guitar, but particularly in baile. Since I’m old, sixty already, and I’ve seen performances by geniuses of baile such as Farruco, Enrique el Cojo, Rafael el Negro, Fernanda Romero and Matilde Coral, among many others. I’m a big fan of that generation influenced by maestra Matilde, with names such as Milagros Mengíbar, Pepa Montes, Ana María Bueno, Carmen Montiel, Rocío Loreto, Carmen Ledesma and many others. I think that if we add Angelita Vargas and Manuela Carrasco to the mix, it’s a generation hard to surpass.

The reason I like traditional bailaores and bailaoras is because they learned their trade well and they execute all the exercises of each baile: soleares, seguiriyas or alegrías. The younger generation, however, is a free for all, rushing their performance so the spectators are unable to see the whole picture, with every detail, which is how true baile should be done. In this respect there is a bailaora who captivated me several decades ago: Milagros Mengíbar, from Triana, with roots in Cádiz belonging to that generation influenced by the great maestra from Seville, Matilde Coral. That is, by the so-called and glorious Seville school.

When Milagros dances por alegrías, with her bata de cola, which she moves like Velázquez moved his paint brushes, it’s always a lesson in danza jonda, with its entradas or salidas, its llamadas, marcajes, desplantes, escobillas, idas and coletillas. And always, always dancing the guitar’s falsetas with a captivating hand movement, giving a space for the cantaor and to each verse. Then there are those silent moments of hers, like the ones at the Maestranza bullring. Everything, together, is a masterpiece, what we call mastery, which is something not within reach of everyone.

Every time I see Milagros dance it seems as if I were watching La Giralda wearing her bata de cola, walking around Seville, sometimes going to Café Burrero, others to Salón Novedades. Sadly, this has become increasingly unusual, because good baile, like everything good, like good cante and good guitar, is vanishing. It’s true that nowadays there is a good bunch of great bailaoras, well-prepared artists who come up with amazing productions. It’s also true that new paths for dance expression are being created, and they’ll have their place in flamenco history. Yet, when I watch Milagros dance, with bata de cola or not, ether on a theater stage or in a gathering of aficionados, I know that I’m witnessing something more than just baile.

Yet, I have no doubt that, even as I personally prefer the old school, all flamenco dance forms and compatible and can coexist. It has always been like that, since the beginning of time.