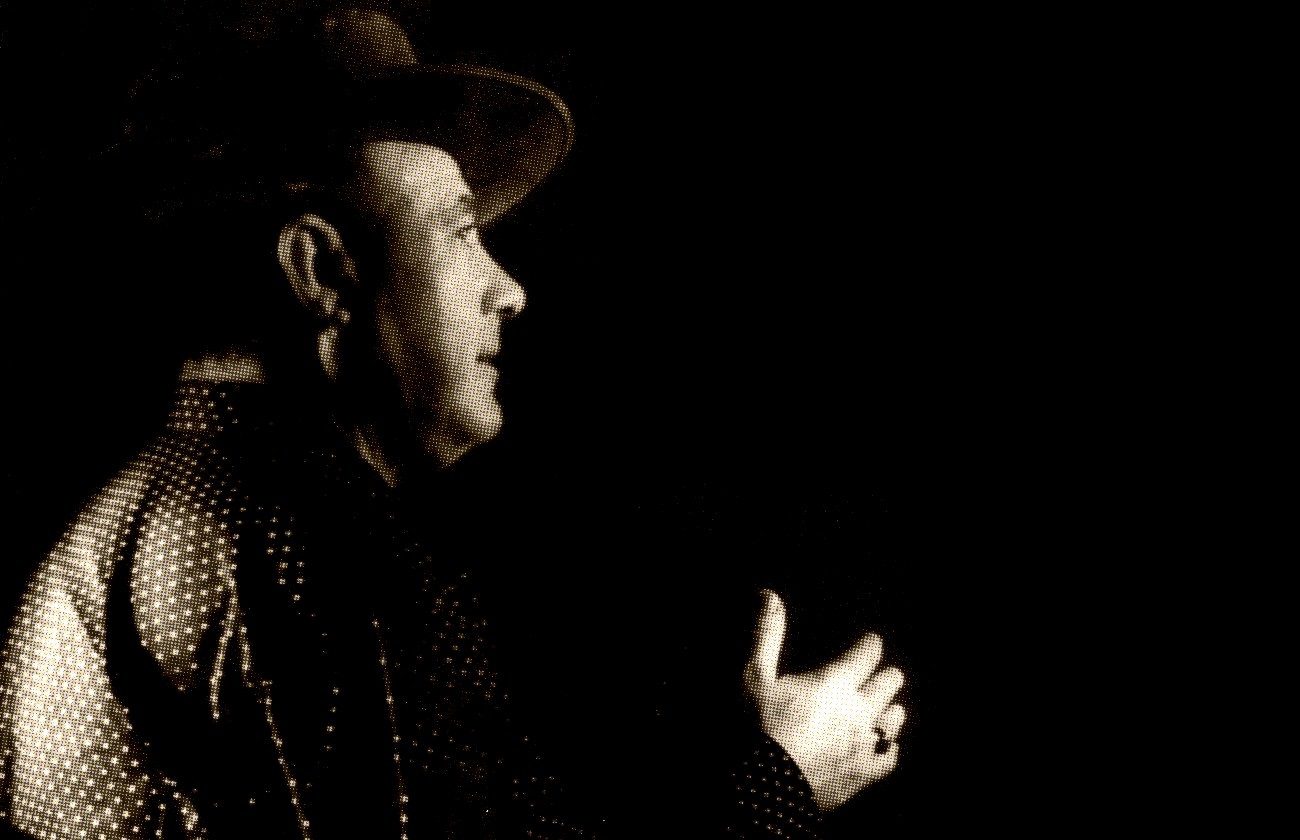 When I got started in flamenco, in the 1970s, when I was already living in Seville, I used to seek the elderly artists to hear their stories about themselves or about other artists, and that’s how I ended up becoming good friends with many flamenco stars, particularly cantaores and guitarists. They were often surprised that a 16 or 17-year-old teenager would have any interest about flamenco in general, and about them in particular, as they were almost-forgotten and well past their glory days. These were people such as Antonio el Sevillano, Manolo Fregenal, Luis Rueda, Antonio Sanlúcar, Antonio Peana, Eduardo el de la Malena and Cepero de Cantillana, among others.

I would also seek close relatives of other artists who had already passed away, such as the sisters of El Carbonerillo, for example, who kept treasured photographs, lyric booklets, posters and, above all, memories. It’s thanks to all these people that I now possess an impressive archive, something essential for any serious researcher.

I thought it was interesting how some relatives of the artists that had already passed away would sometimes refuse to tell me stories about them, because they had suffered a lot witnessing how these artists lived and died. That was the case with the sisters of El Carbonero, for example. They could not understand why on earth I was looking for information to write a biography of this cantaor. One of them, Anita, told me: “But you know stuff that I myself didn’t even know!”. She knew it all, actually, but she had either forgotten or was unwilling to remember certain events in the life of this brilliant cantaor, who died in 1937, at 31 years of age, as a result of tuberculosis, a very common illness in those days.

I also used to stop by the old taverns of La Alameda, Barrio de la Feria and La Macarena, to chat with old aficionados who would have lived during those glorious days of cante jondo. In many of these taverns there used to be photographs of flamenco artists. I remember a tavern on Relator street which had a photograph of La Moreno with La Malena, a true jewel. I had never seen a photograph of La Moreno, who lived at La Alameda and performed there almost her whole life, singing at parties and social gatherings. I was surprised that the owner of the tavern let me borrow it for me to make a copy of it, but that’s what he did. That photograph ended up published in my book about Niña de los Peines.

I don’t know many young people who do such things these days, perhaps because now, with the internet, research is done differently. Yet, it’s essential getting information from the elders, either artists or just aficionados. I get really annoyed when some people look down on the work of researchers who seek information about artists who are no longer alive in parishes, cemeteries or public archives. I was once called “dead-seeker”. Even as I also seek the living.

One last thing. In the 1920s, the cantaor Fernando el de Triana decided to look for information and photographs of 19th century artists. In 1935, that information and graphic documents became the wonderful book Arte y artistas flamencos, a book without which we would know barely anything about many artists, not even their physical appearance. Some of us follow the example of that old cantaor and songwriter, and I can only hope that young people continue carrying on this important task. It’s difficult, but fascinating. It’s sometimes thankless, but it’s necessary.