I do not quite remember when I wrote my First soleá , but I think it was for Antonio Mairena , on the occasion of my first and last visit to his house on Padre Pedro Ayala Street 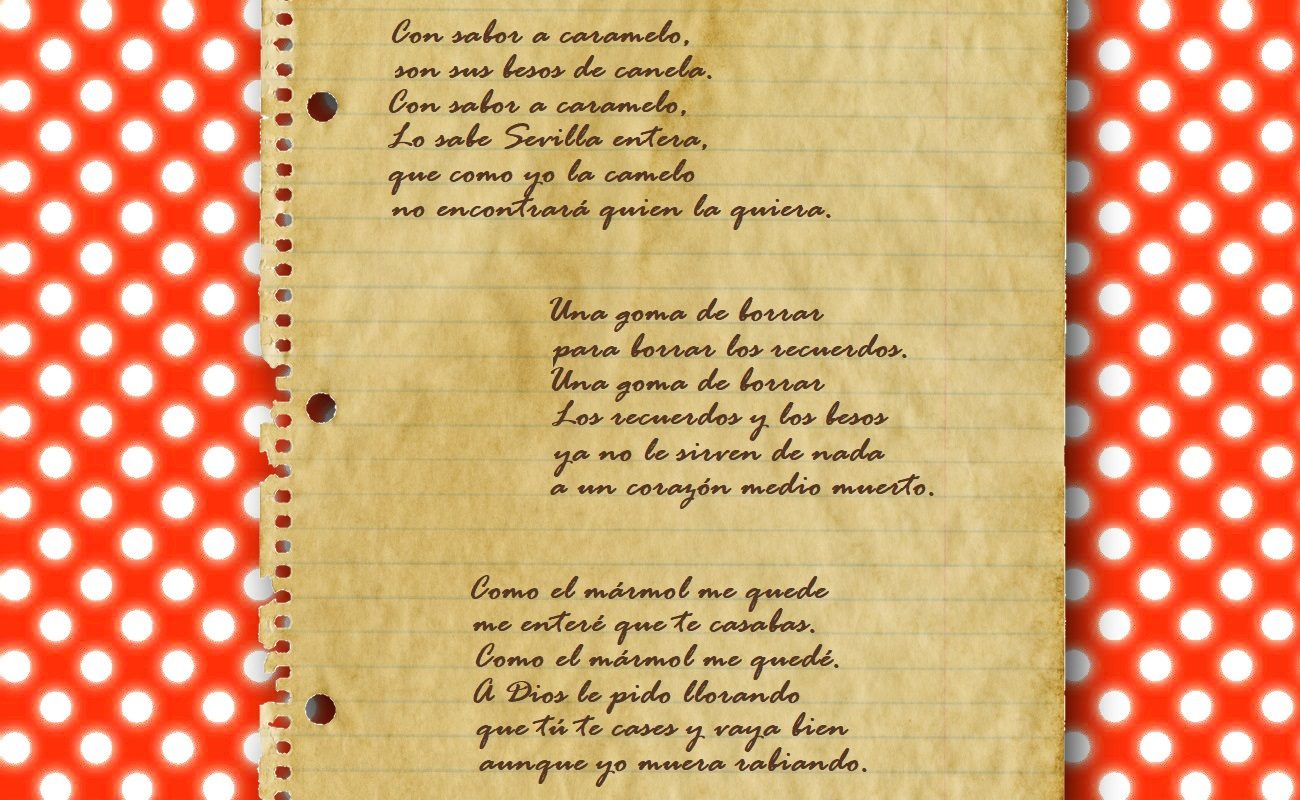 I do not quite remember when I wrote my First soleá , but I think it was for Antonio Mairena , on the occasion of my first and last visit to his house on Padre Pedro Ayala Street, in Seville’s Nervión district. As I knew he was concerned about the soleares de AlcaláBecause I thought they were losing their purity and lacked good performers, I composed this one:

The cante por soleá
live pure among the winds
and when going through Alcalá
he dies of feeling.

I gave it to him scribbled in a piece of paper. I read it a couple of times and, to my surprise, I have kept the rhythm hitting the table in his studio with his knuckles, where we were having coffee kindly served by his sister Rosario. When I finished doing it, I asked if I used it and I told him that I did. “It’s the proper measures, I can tell it is written by a cantaor “, He told me. I have kept the piece of paper to perform it somewhere else, I have told me, but I never heard him sing it. I have passed away five years later, and I suppose that this soleá is still among his documents.

Child of Fregenal also sang a Fandango I wrote for him, although at the time his voice was already very worn out.

I told him that I had written it in the style of El Peluso and I retorted: “I do not sing in the style of anyone”. Then, in a faint voice, he sang the Fandango in his own style, in a whisper, before Antonio El Sevillano and the guitarist Antonio Sanlúcar. Antonio was a great lyricist, particularly of fandangos , and I remember that I mentioned: ” The Carbonero I would have sung these lyrics, I was always in love. ”

If I were asked which cantaor , of any era in flamenco I would have written to Fandango for, I would reply, without thinking it twice, that would be for Manuel Vega The Carbonero , who is one of my favorite cantaores. I think I’d write him this Fandango I composed many years ago:

An eraser
to erase memories.
An eraser.
Memories and kisses
they no longer serve you
to a half dead heart.

Este cantaor from Seville sang about heartbreak like no other. When he was a teenager, he had a girlfriend in La Macarena district, who left him. I have suffered so much for this breakup that he sang dozens offandangos about it I like all of his lyrics (penned by him or not) but this is the one which moves me the most:

Like the marble I stayed
I found out you were getting married.
Like marble, I stayed.
I ask God to cry
that you marry and go well
although I die raging.

There are no cantaores dying of heartbreak in a Fandango   anymore