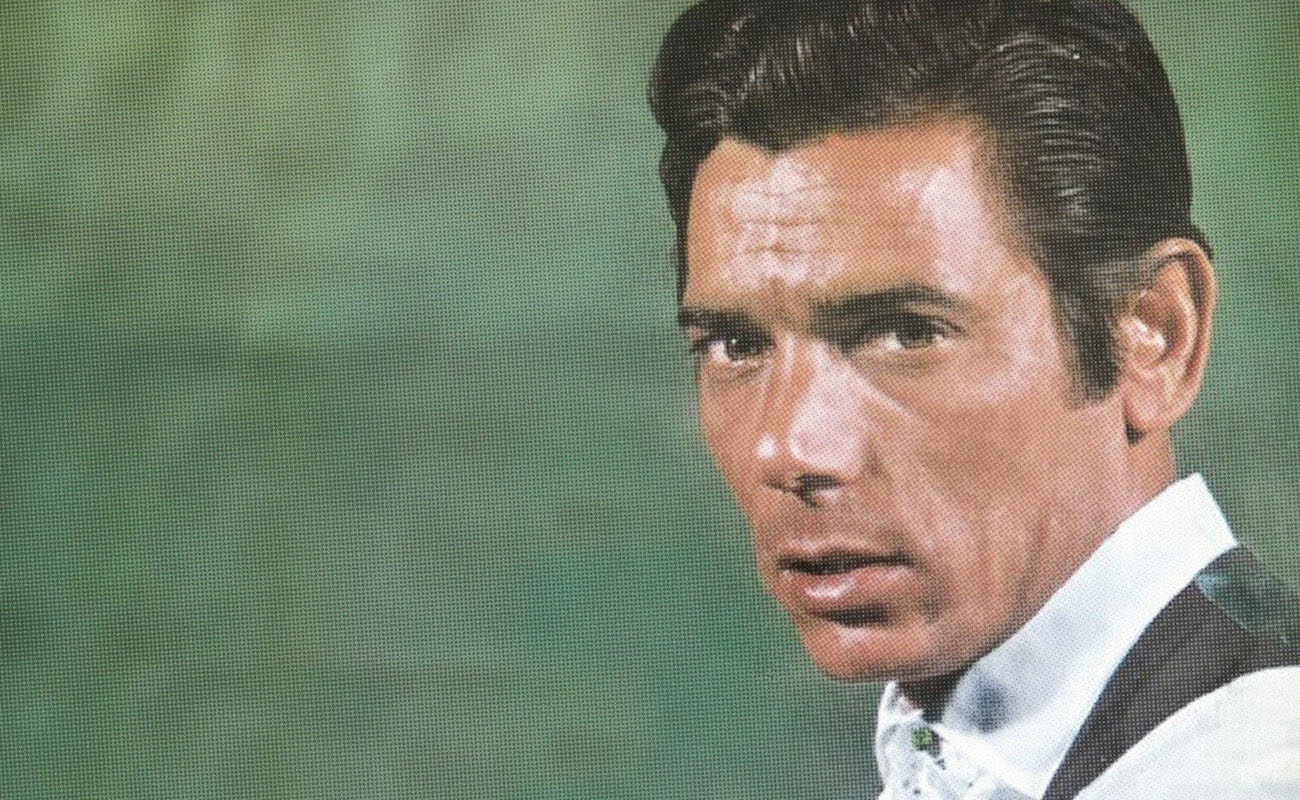 One of the most impressive cantaores I’ve known in my life was Antonio Núñez Montoya El Chocolate (Jerez de la Frontera, 1930 – Sevilla, 2005), a dear friend whom I greatly admired. He was a Gypsy, very Gypsy, but it was possible to talk about cante with him without getting all worked up, because he was a good aficionado and liked many non-Gypsy cantaores. He once told me something that made a great impression on me, which I took it as a subtle message: “Next to Chacón and Marchena, the rest of us cantaores are just a bunch of drunkards”. He said that in the presence of a witness who can corroborate this, the agent Antonio Montoya, at the Cafetería América, in Seville.

El Chocolate was a great admirer of Niño de Marchena, and the admiration was mutual. One day, when Marchena was already in very frail health, he told Antonio: “Chocolate, when I die, sing me a saetaa in front of my coffin”. Chocolate didn’t forget the wish of the master. The day Marchena died and was buried, Chocolate was travelling back to Seville, and he asked the driver of the car he was riding in to stop at the gates of the cemetery. “You’re crazy, Antonio! It’s raining cats and dogs!” said the driver. Regardless, Chocolate grabbed the iron bars of the graveyard’s gate and he sang the saetaa, completely drenched by the pouring rain, certainly the most moving performance of his life.

Antonio was a unique human being, possessing a fine grace and having a very peculiar life philosophy. He mostly talked about cante, and used to say that when he went to bed, he tossed and turned all night until the morning, trying to figure out one seguiriya. He would also say that he knew one cante of Arturo Pavón, the eldest brother of Niña de los Peines and Tomás Pavón, which had never been recorded, but which he planned to record one day. Many times I asked him to sing that cante, but he would always refuse emphatically, until one night I managed to convince him to write down the music, which he did, having these unknown lyrics:

Ah, what sorrows my father has,
so many ordeals.
How wrinkled
The skin of his face
And of his hands

According to Antonio, this was a cante created by Paco la Luz, arranged by Arturo. Paco la Luz lived at Alameda de Hércules, in Seville, until 1901, when Arturo was 19 years old and was already a renowned cantaor. They were neighbors in Alameda, so they must have known each other well.

Sadly, Chocolate never agreed to write his memoirs, and not because I didn’t ask him repeatedly. He wanted two million pesetas for his memoirs, which was strange, because he didn’t care much about money. The reason he never agreed to have his memoirs written was because he didn’t trust what writers wrote, he would say we made up lots of stuff. When he passed away, he took with him thousands of life stories, anecdotes, unrecorded cantes, unknown lyrics and, above all, a unique sound, a seasoned voice, dark like charcoal, natural, authentic.

He always thought of himself as the “fourth Pavón”, because he loved that school: Pastora, Arturo and Tomás. Just to annoy him, I would retort that he wasn’t the fourth, but the fifth Pavón, because the fourth would have been Pepe Pinto, the husband of Niña de los Peines. That would greatly annoy him, indeed.

Two days before his death I was at his flat with the guitarist Antonio Carrión and Leo, an employee of Antonio Montoya. Chocolate was laying on the sofa in the living room, and his face was death personified, like a true Gypsy seguiriya. I had to kneel to give him a kiss, the last kiss, because he didn’t have enough strength to get up. I would never forget that scene, the scene of a cantaor whom I often dream about, just as he dreamt of that seguiriya which he was never able to finish. Perhaps he never wanted to finish it.