The new three musketeers of cante

Let’s not go crazy, because for the sake of cante flamenco, we can’t afford confusing or overwhelming these three kids who may give us many days of glory. We must take good care of them 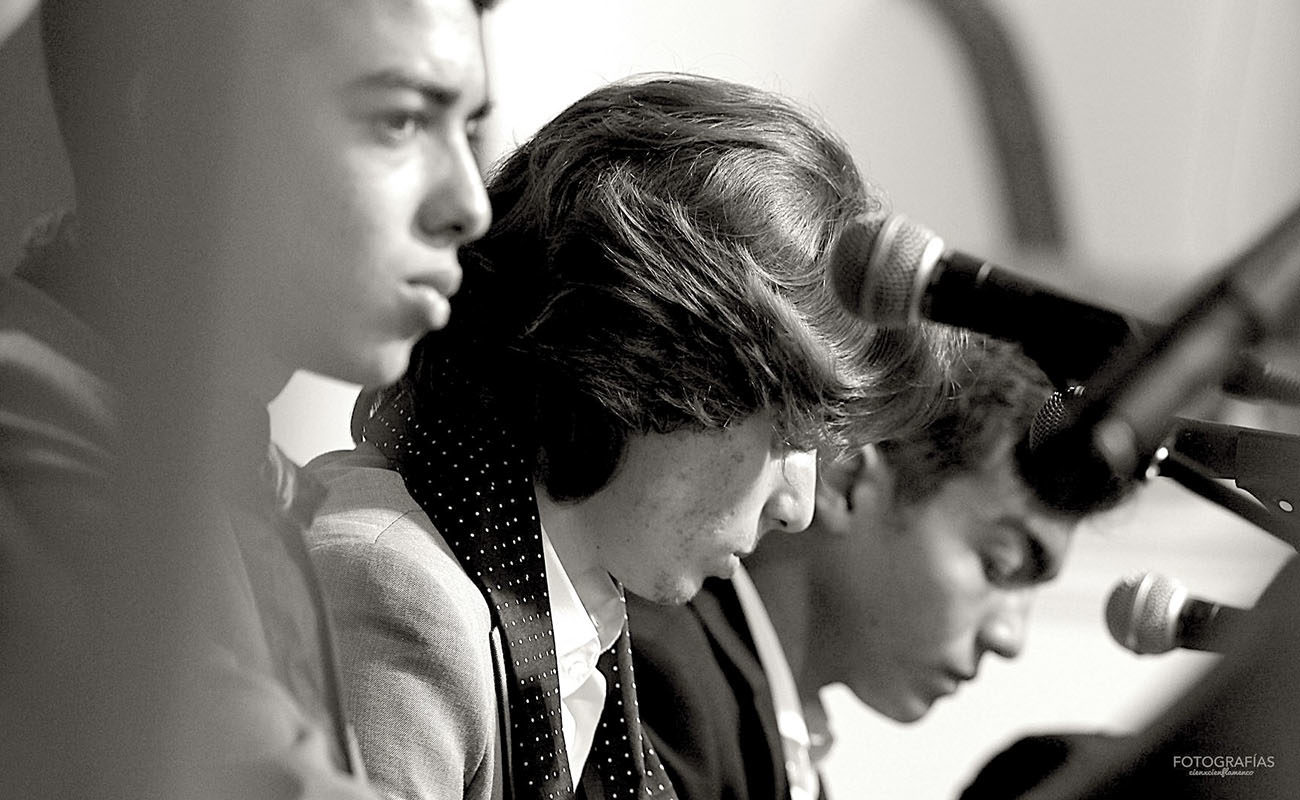 After all, I wasn’t able to go to La Puebla de Cazalla to listen to those three kids who are causing a commotion wherever they go: Manuel de la Tomasa, El Purili de La Línea and Pepe el Boleco, who were joined by the guitars of Antonio García and Rubén Lara. By the way, it was very well attended, with about 600 spectators, although it was a benefit festival organized by Hermandad de los Dolores.

I’ve already publicly supported these three young cantaores with a bright future, and I’ll keep supporting them. However, we have to be careful and not lose our heads, because they are teenagers and need space to grow and improve. I’ve read things I don’t like at all, seeing how some people are pushing it, sometimes calling them geniuses or revolutionaries. They are just three kids with the gift of cante jondo. “Jondo”, yes, because they all like traditional cante and it comes to them naturally, although they have an understandable tendency to imitation which is characteristic of young artists.

One day I was chatting with a childhood friend of Manolo Caracol who was with him in Granada when he took part in the celebrated 1922 Concurso de Cante Jondo.  I asked him how Caracol sang in those days, and he told me he sang like a 12-year-old child, which was indeed Caracol’s age at that time. Naturally, Chacón, who was the one who brought Caracol to that contest, noticed that this kid, son of his friend Manuel Ortega El del Bulto, was a diamond that had to be polished. And the rest is history. Caracol was a child prodigy of cante, not of flamenco-ish cante, but cante grande.

I think it’s a miracle that these three young artists sing the way they sing, with such amazing voices and a deep knowledge of flamenco. Their combined ages barely add up to fifty years, but it seems as if each had already lived two centuries. Yet, they’re still too young, and we should not give them an unbearable responsibility, so we have to be careful with these things, lest we end up harming them.

Whenever a kid comes out singing superbly, they are soon followed by others. This happened with Caracol and other genius, Niño de Marchena. It had happened before with Niña de los Peines and Manuel Torres. Hopefully there will more kids wishing to follow the footsteps of these new three musketeers of cante jondo, because that would guarantee a new generation of cantaores.

Like Antonio Machado said, “despacito y buena letra, que el hacer las cosas bien, interesa más que hacerlas” (roughly “go slowly, as it’s better to do things right, instead of just doing them”). So let’s not go crazy, because for the sake of cante flamenco, we can’t afford confusing or overwhelming these three kids who may give us many days of glory. We must take good care of them and, above all, allow them to find out which path they’d like to take.