Utrera is among the towns with the greatest flamenco tradition in the world. It still is very flamenca, even as its glory days were when Perrate, Fernanda, Bernarda, Gaspar, Pepa la Feonga, Bambino, Enrique Montoya and Curro still breathed and sang like God. A century ago, Perico el Pelao (relative of the Pavóns) stood out, and one day Mercedes La Sarneta, from Jerez, showed up in Utrera, 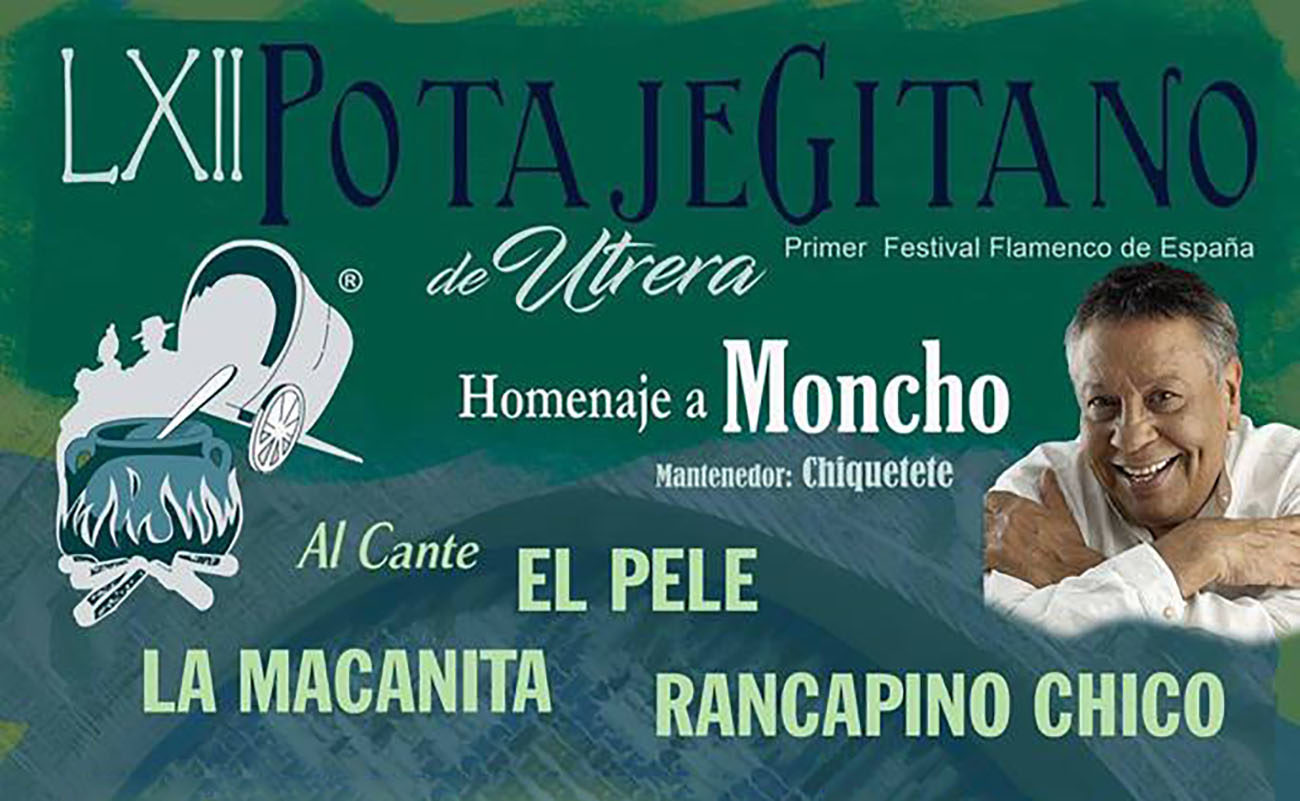 Utrera is among the towns with the greatest flamenco tradition in the world. It still is very flamenca, even as its glory days were when Perrate, Fernanda, Bernarda, Gaspar, Pepa la Feonga, Bambino, Enrique Montoya and Curro still breathed and sang like God. A century ago, Perico el Pelao (relative of the Pavóns) stood out, and one day Mercedes La Sarneta, from Jerez, showed up in Utrera, leaving there her essence por soleá and a perfume that still lingers in its streets.

Not all towns in Andalusia have the Gypsy feel of Utrera, and this was crucial for the development of flamenco in this area. The Gypsy yeast, as Antonio Mairena would put it. Utrera owes its place in flamenco on account of its Gypsies, without meaning to downplay those artists who don’t belong to this ethnic group, such as the great Curro de Utrera, who had one of the most beautiful voices in cante and whom I absolutely love por fandangos : “Velero, porque yo lo gobernaba…”

Utrera’s Gypsy Brotherhood, with all its hits and misses, is the organization responsible for the fact that this ancient town renowned all over the world is nowadays a first-class reference in flamenco. They created the Potaje Gitano without realizing it would become the world’s most famous flamenco festival, but here it is, with six decades of history and plenty of success in memory.

I was about 17 years old when I first attended this festival held every summer in Utrera. On that same evening, June 28, 1975, I realized this was a very special town. That year, the festival was held in honor of one of the geniuses of Utrera, Bambino, and if my memory doesn’t fail the performers that night were Pansequito, Gaspar de Utrera, Turronero, Rancapino, Antonio Suárez, Enrique Montoya, Faíco, Miguel Funi, Diego Vargas, Chato de Utrera, Angelita Vargas and Perrate, among many others. It was endless, although no one wanted it to end.

Lately, though, the Potaje has felt too long. I’m sorry to say this, but I must be sincere. It has felt long not just because those great artists are missing, but because everything has changed a lot. Maybe it’s just me, as back then it was the time when I was discovering authentic flamenco and perhaps I’ve idolized excessively those years and those artists who were so natural and genuine that they left an indelible impression on me.

This year the Potaje Gitano has a good lineup, with El Pele and Rancapino Chico as the headliners. Then, there will be a party prepared by Luis de Chimenea, from Lebrija, with La Macanita, Inés Bacán, Tomasito, Tomás de Perrate, Perico El Pañero, David El Galli and Luis de Chimenea himself. In baile, María Marrufo, Pepe Torres and El Farru will perform, and the guitarists will be Pedro María Peña, Antonio Higuero and José Gálvez, all this according to the event’s official poster.

The festival will honor Ramón Calabuch, Moncho, the celebrated Gypsy bolerista from Barcelona. The evening, then, is quite promising. So, those who haven’t done it yet, be sure to get a table in this festival of festivals, the oldest of all and the one with the most Gypsy flavor. 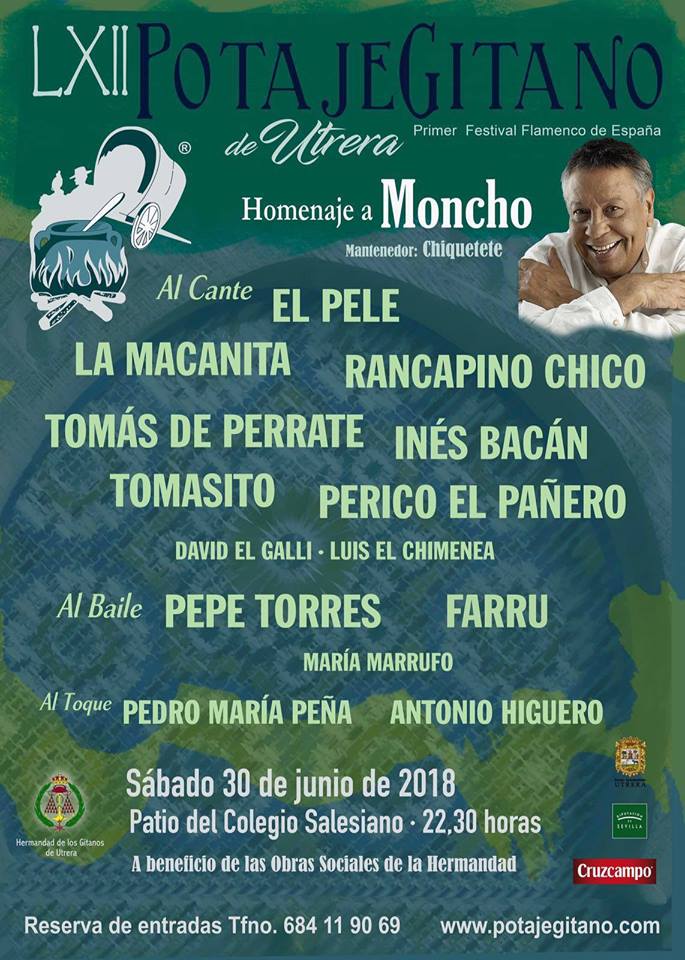