Tribute to the great Manolete

I was overjoyed to learn that he was going to be honored in Granada with a tribute show, on March 28th at the Palacio de Congresos, to be precise. The lineup, by the way, is almost unbeatable. 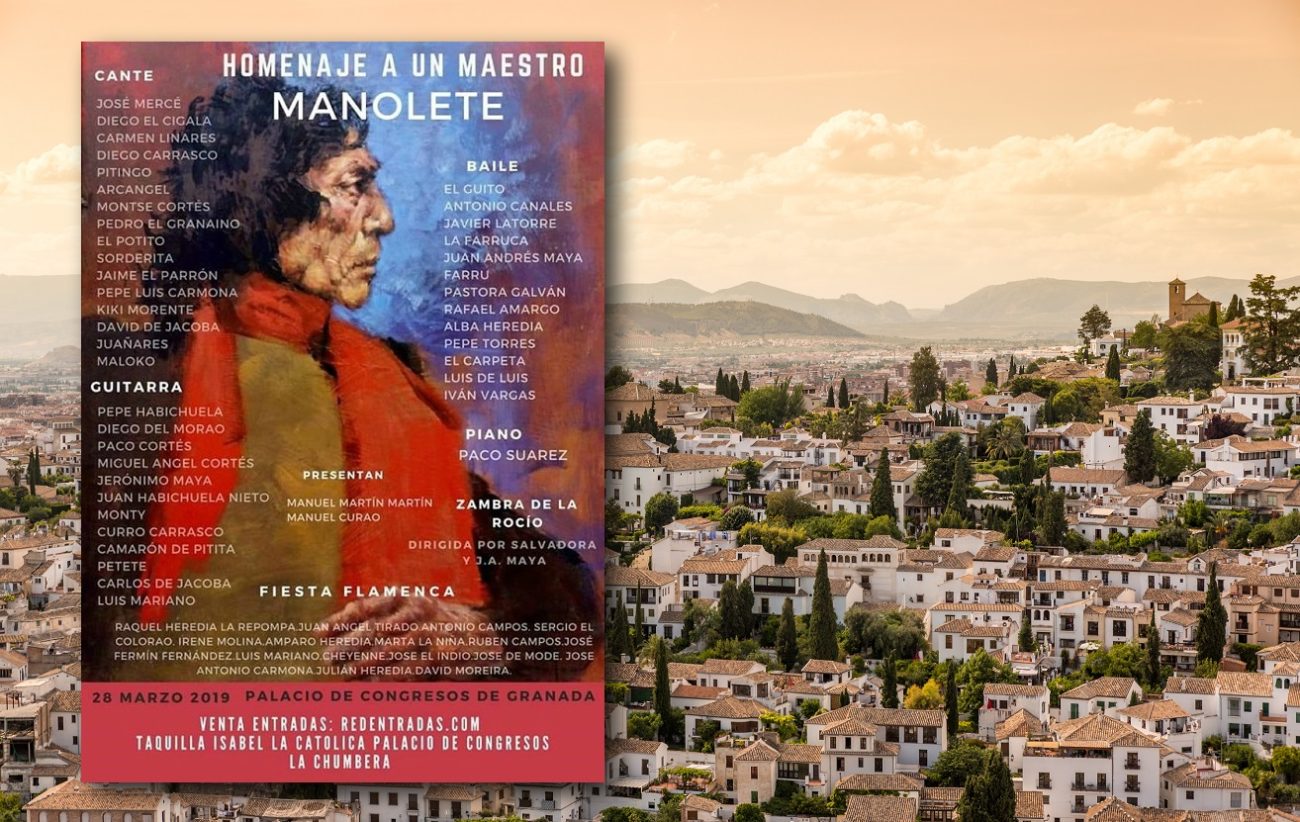 Considering my age, 61 years old, I’ve been lucky to have witnessed an age of great bailaoras and bailaores, that one which started in the 1970s and continues in our days. That is, the last forty years. It has been a true privilege to watch bailaoras such as Pilar López, Matilde Coral, Angelita Vargas, Manuela Carrasco, Pepa Montes, Milagros Mengíbar y La Yerbabuena, and bailaores such as Antonio, Enrique el Cojo, Antonio Gades, Farruco, Rafael el Negro, Juan Montoya, Mario Maya, El Güito, Paco Vega, Dieguito el de la Margara, Pepe Torres and Farruquito perform on stage or in private parties.

Farruco still is like a god to me, even as he’s no longer with us. We were great friends, although not for many years, just enough to understand his personal way of living and dancing. He and Mario Maya have been the foundation of the baile I like, Farruco due to his Gypsy freshness and purity, and Mario due to his talent, commitment and creative ability. If I’m passionate about baile, even more than about cante and guitar, it’s in part due to those two geniuses whom I got to know well and whom I loved even above baile itself.

Between those two I must add another bailaor whom I’ve always liked: Manolete, from Granada, also a friend of mine, an elegant Gypsy and a good man as can possibly be. A full-blooded native of Granada, he’s one of the greatest bailaores not just of this land, but of flamenco history. A blend of technique, art and skill, his farruca is like a moving symphony. Yet, besides the farruca, which is the baile which we critics like to highlight, Manolete is able to shine in any palo as well, because he was born to dance. I can’t image him working as anything else: behind a cash register, selling produce in a market stall, managing a company or playing soccer. When we see him on stage or walking on the street, we know he’s either a bailaor or a bullfighter. Perhaps a bullfighter.

Manuel Santiago Maya (his actual name) was born in Granada’s Sacromonte in 1945 and he’s the brother of a great guitarist, Marote. After trying to make a living in the caves of his district, he went to Madrid as a teenager and that’s where he became a professional of baile, watching Gades, Mario Maya and El Güito perform. Since then he hasn’t stopped dancing, creating productions and making choreographies. Mario Maya greatly disliked being called plainly bailaor, because he always believed he was more than that. “Anyone can be a bailaor”, he told me one morning while we had breakfast in a bar in Prado de San Sebastián, in Seville. I’m not sure if the master Manolete thinks the same, but he’s certainly more than just a bailaor. He’s a great choreographer.

I was overjoyed to learn that he was going to be honored in Granada with a tribute show, on March 28th at the Palacio de Congresos, to be precise. The lineup, by the way, is almost unbeatable. Manolete didn’t deserve any less, for having taken the name of Granada high up all over the world and for loving his city like few others.