Nowadays Enrique Morente is a gold mine, but it wasn’t so when I first met him thirty years ago. Back then, morentismo was a matter of four friends and admirers who would had given their lives for them. 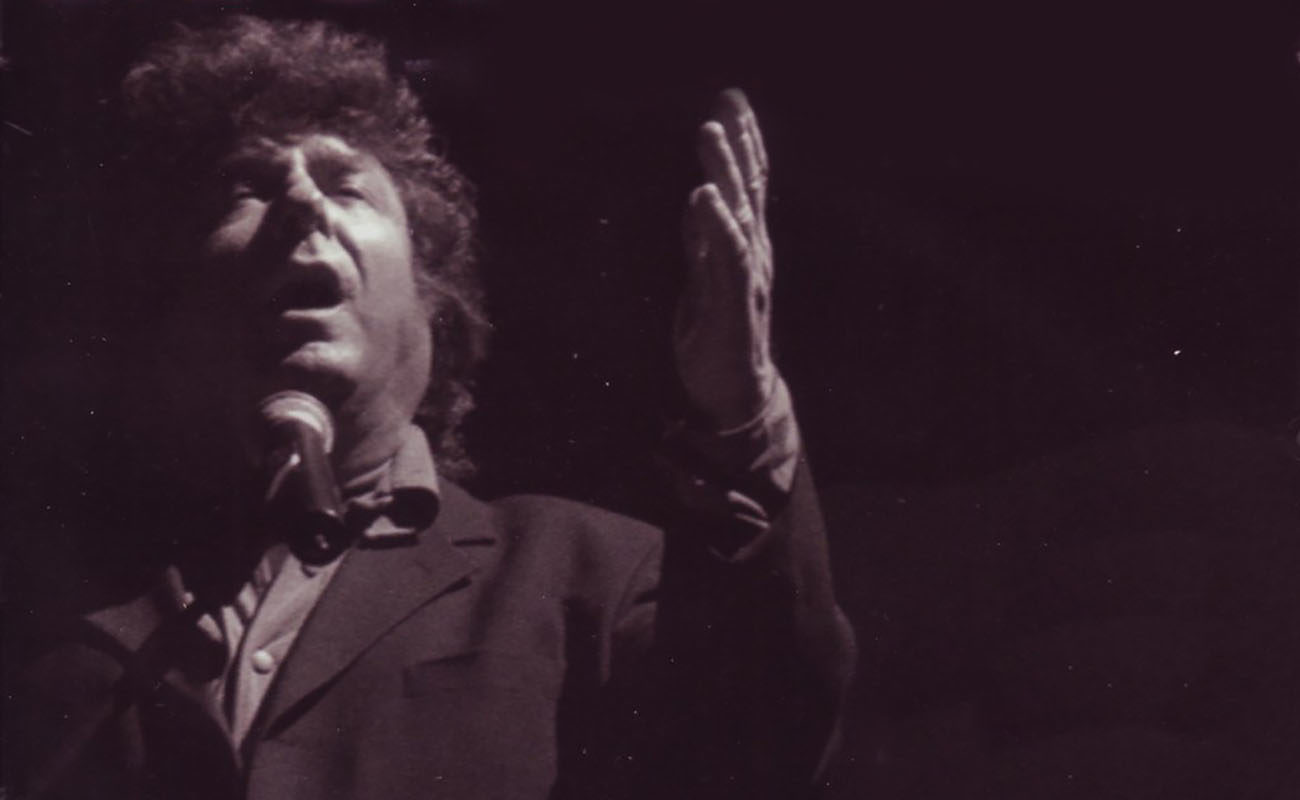 Many times after the death of Enrique Morente (it has been five years, how time flies), an artist that I knew better than some of those who now make it sound as if they had been close friends, I’ve had to bite my tongue many times. Enrique had a lot of trust in me, and we confided many things, maybe because he knew I would never betray him, and I never will. The relationship between a flamenco critic and a flamenco artist it’s not easy, but with Enrique it was.

I only met him in person in the mid-1980s, although I would sing some of his more commercial pieces since I was very young. I met him in Madrid through Antonio Badía, the painter from Seville, one of his best and most loyal friends from that city. When the master from Granada heard that I was going to record a TV program in the Spanish capital, he told Badía that he would like meeting me to thank me in some way for the fact that I wrote so much and so positively about him in Seville, a city where critics had done a lot of harm to his reputation. I couldn’t understand why there was so much hatred against a great cantaor, and I started to work in his favor, writing reviews about his concerts and about every new album he released. Right away I was labelled morentista, specially by mairenistas and caracoleros. It wasn’t even funny. The following is just one example from the time when, besides writing for the Correo de Andalucia, I also directed the best-rated flamenco radio show in Spain, El duende y el tárab, in Radio Aljarafe. Since I was working for free in both of those jobs, because I was just getting started in my career, I also used to be a presenter for ten or twelve summer festivals, which helped to make ends meet. Well, as soon as I started writing that Morente was a great cantaor and a unique artist, I was never invited to present a summer festival again. Morente found out about this and asked me to stop writing about him, because I had to look after myself. Yet, I never yielded to those who criticized me and wanted me out of the flamenco circles.

Curiously, after Enrique died, I was never invited to any of the tribute ceremonies that were made, either by his family or by other people. His family started treating me differently from the days of the debut of one of Enrique’s daughters, Estrella, about whose artistic potential I was the first one to write in El Correo. I first heard her singing at the time of her sister Soledad first communion celebration, to which I had been invited, and I wrote in an article that Enrique was going to have an artist in his home. Estrella was just a little girl at the time. Yet, when she started singing in the theatres, I was expected to say that she was better than Niña de los Peines, and since I never said that (because she wasn’t then, and she isn’t now), the problems with their family started. Oddly, now I see morentistas who have never been fans of Morente, doing shady businesses. Enrique had told me to be careful with some of them, but it’s not worth dwelling on that, and if I did I’d have to stop being a flamenco critic, and currently that’s how I make a living. I’ve been hurt by many of things done in those disastrous tributes for the master, which more than tributes, have been affronts against his memory and his works.

Nowadays Enrique Morente is a gold mine, but it wasn’t so when I first met him thirty years ago. Back then, morentismo was a matter of four friends and admirers who would had given their lives for them. I have faith that his three children will honor his memory and defend his works tooth and nail, as it’s not just the work of their father, but the work of a genius of cante flamenco. I really mean it. Anything else doesn’t matter. As Christmas approaches and no one has yet gifted me the new set of Morentes first five albums with some previously unreleased recordings, I’ll buy it myself one of these days at the Corte Inglés store in Seville. It will be my Christmas gift and I hope it will somehow alleviate the grief I still feel when I listen to Morente.