Arcángel on the Tablao

Arcángel has banged his fist on the table, or rather, on the tablao, to say that cante is not just a matter of having a gift or talent, but a matter of study, of creative fantasy and, above all, pasión jonda. Come in, sit down, listen… and breathe. 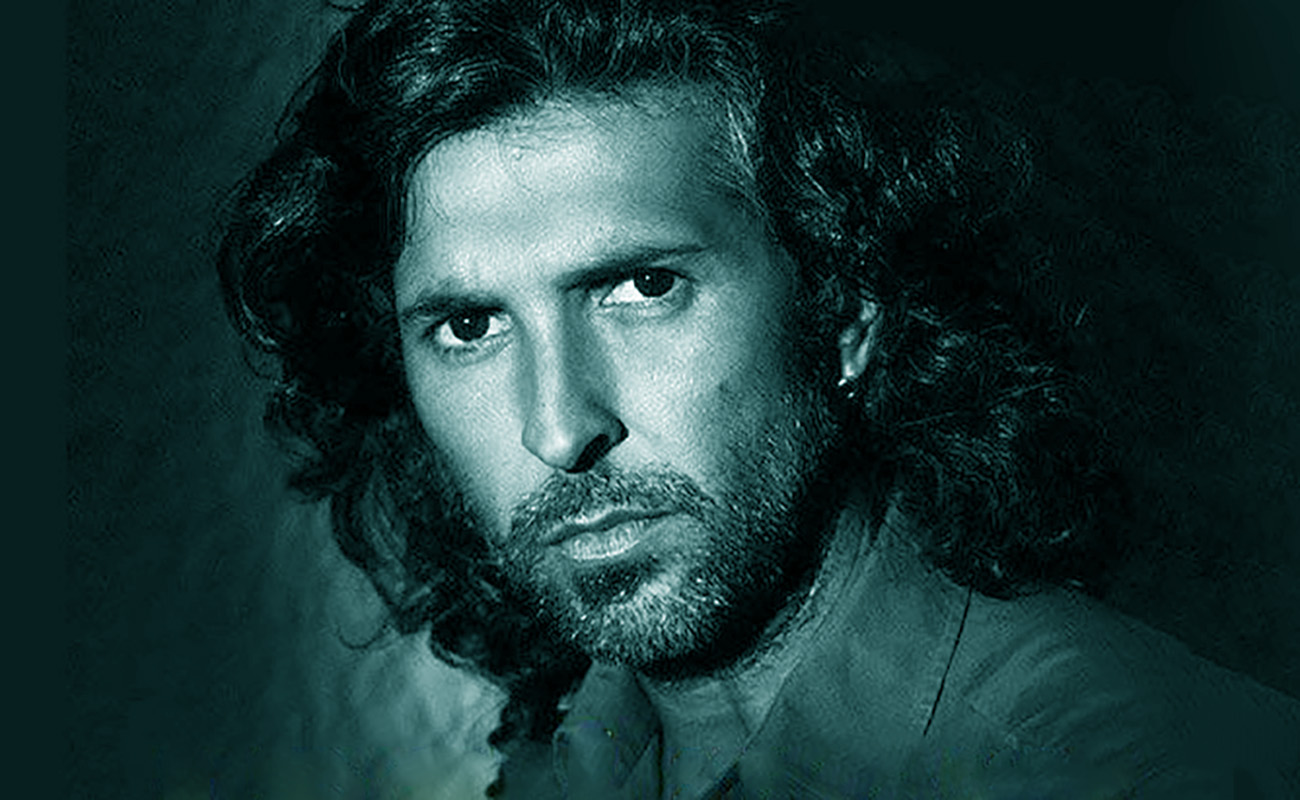 Arcángel, the cantaor from Huelva, didn’t record his new album (Tablao) live to show that he’s a good cantaor, because he’s been a good cantaor from his very beginnings as a performer. He was born with the gift of a great voice, unlike those who are cantaores because they wanted to, regardless if they had or not that innate talent. Arcángel was born to sing Andalusian music, the cante flamenco, Gypsy-Andalusian or jondo, whatever they call it. Anyone can learn the singing techniques, but without the gifts of voice, art, communication and rhythm, it’s difficult to become great in this genre, such as Arcángel is already. He isn’t “the greatest”, because there isn’t a “greatest”, but he’s one of the great. He’s a cantaor with a very particular sound and voice, a melodic one, a bit Arabic and a bit Gypsy, but essentially Andalusian. Some people tried to discredit him by labelling him morentista, but Arcángel is far from being a copyist of Granada’s master. He’s more Caracol than Morente, in his stamina, in his handling of mid and low tones, in the connection of the stanzas. In his style one can perceive a bit of Carmen Linares and El Pele, and also, harder to notice, of Rengel and Rebollo.

Arcángel is a sponge, a cantaor who has known how to learn from everything he’s liked, as he’s a great aficionado too, something few are aware of. He certainly has been influenced by Morentes, no question about it. He greatly admires the master and it shows when he sings, it shows in the ways he sets his voice, harmonious and polyphonic, in the way his tunes go up and down without messing up the melody, in the way he strives to join verse and music like a happy marriage: music and message as an act of love, of frenzied passion. Tablao is a jewel, a production touched by the magic wand of one phenomenon, Isidro Muñoz, with three amazing guitarists in one single album, insanity: Miguel Ángel Cortéz, Diego del Morao and Dani de Morón. Arcángel sings fantastically in this album: he’s centered, completely flamenco, at ease, like a master. It’s a truly enchanting and fascinating album. It was recorded live, in tablaos such as El Corral de la Morería in Madrid and El Arenal in Seville, two venues with a long history, two temples of the best flamenco. The young master wanted to highlight the importance of the tablaos, “the university of flamenco”, as he recently called them. He’s absolutely right. Tablaos have been essential in the history of this art, because almost all great masters have performed in them, from the café cantantes of the XIX century, which were also tablaos, until the present time. Artists have been created in tablaos, where they have polished their styles, soaked rhytms and knowledge, and become great masters.

Cante and toque have conquered the big stages many decades ago, but it’s a good thing to go down to the arena of intimacy, of social gatherings, of small places, to reencounter the basics, with the public just a few feet away from the performers. Malagueñas, tangos, bulerías, cantiñas. Traditional palos with new literary messages and an interesting revision of the musical and melodic aspects. More time will be needed to delve into Tablao’s contents, there is much to discuss, but at a glance, one can be sure that Arcángel has banged his fist on the table, or rather, on the tablao, to say that cante is not just a matter of having a gift or talent, but a matter of study, of creative fantasy and, above all, pasión jonda. Come in, sit down, listen… and breathe.