I think I’m the best flamenco critic in the world, the most widely read, the most honest, and the best-looking, I must say it all. I’m the greatest, and not just in height. 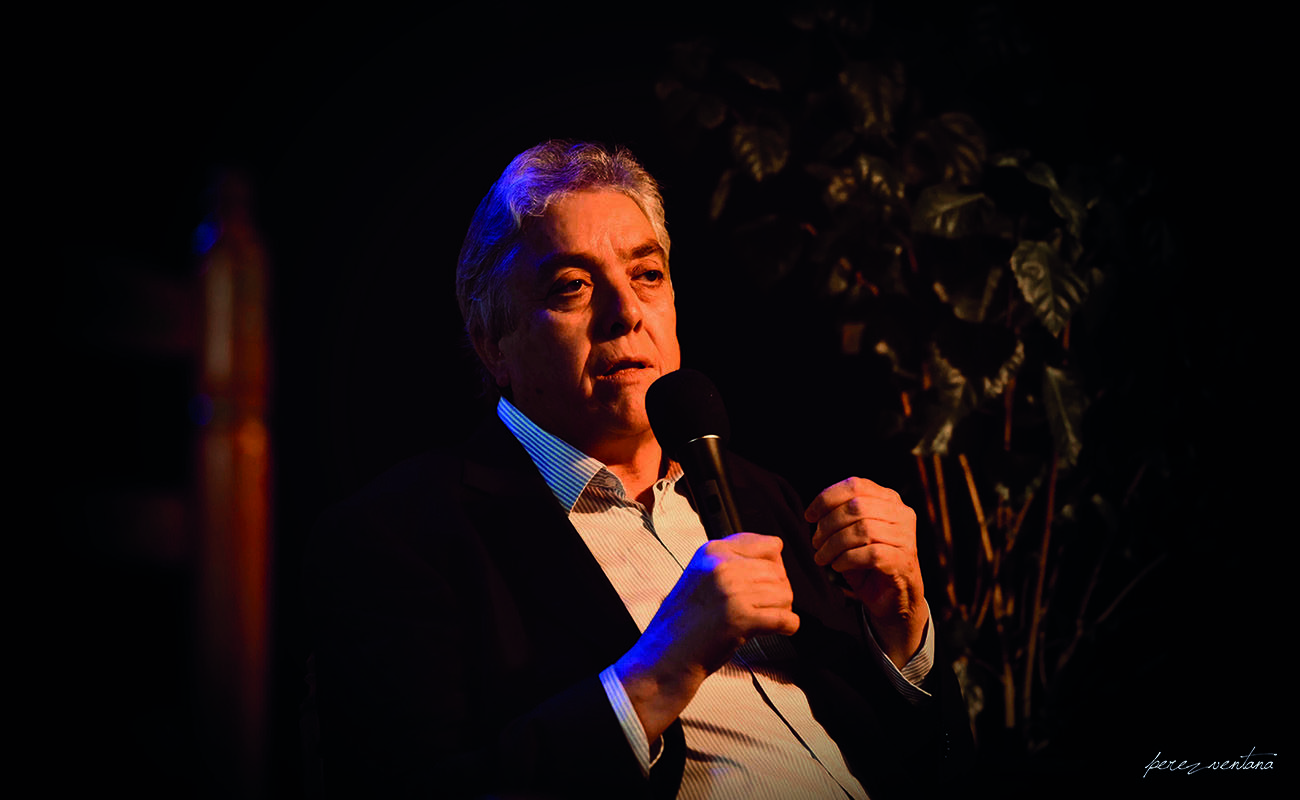 Last week I reviewed the artists of flamenco cante, baile and toque, analyzing their attitudes, at times with irony and in others with all seriousness (but always endearingly), figuring out if they were conceited, vain, pretentious, etc. Since we’re now playing this game, what about flamenco critics ourselves? Do we really know anything? Can we keep compás, tune a guitar, give a pataíta por bulerias without tripping, or accurately identify ojana? Do we harbor ill feelings and desires of revenge towards those who have innate artistic talent, because we are frustrated artists ourselves?

Naturally, in this article I won’t give opinions about my colleges, because that wouldn’t be nice. I won’t even deal with the critic profession in general, as a matter of ethics and camaraderie. I will only deal with myself, having been a flamenco critic for over thirty-five years and, yes, having been a failed cantaor too. I must come clean. I wanted to be an artist of cante, like Mairena, Camarón or Turronero, but I didn’t succeed. Only once in my life I performed in a cante contest, when I was 18, and I failed miserably. That night I was also joined on stage by Manuel Márquez El Zapatero, Rufo de Santiponce and Brujo de Huelva, to name just a few that you may have heard of. It was so bad, and it was such a terrifying experience, that I never performed in a contest ever again, and I’ve never again sang on stage. That night I realized that I was no good, that the stage wasn’t for me. Yet, since I loved cante and flamenco in general, I thought I’d try my hand at being a flamenco critic.

I sing terribly, I can’t play the guitar, I don’t even know how to dance sevillanas, which is a crime in itself, because I’m from Seville.

However, for a time I was part of a sevillanas ensemble, “Arte y solera”, where I would sing and play drums, a compás, of course. I even performed at the Teatro Nacional Lope de Vega in Seville, in 1978 I think. Since I had compás, despite not being Gypsy, I also recorded albums as palmero with Niño de Arahal, Rosa María (daughter of the cantaor from Seville Niño de San Julián) and two great guitarrists, Manolo Franco and Paco Arriaga, who can attest to it.

To be sincere, which I usually am, part of my bad temper when I write is indeed a product of that frustration, of the fact that I wasn’t born with duende in my throat, like Mojama and Terremoto did. Like the famous cat from that celebrated cartoon would say, I hate those meeces1 who sing with such gusto, such compás, such energy, who thanks to their art are able to live like gods, collecting awards and signing autographs on the streets. In 2010 I was awarded the Flamenco National Prize, it’s true, but that was just because they had to give it to someone and it happened to be my turn, nothing more. I’ve written twelve books, although I haven’t made money from any of them. To tell you the truth, I decided to write those books to show off to my relatives, none of whom had written any book. Specially to my mom, who one day, watching me type with one finger, told me: “Son, please never give up bricklaying.” I’ve been working more than 32 years for a centennial newspaper, El Correo de Andalucía, based in Seville, although for the first eight years I wasn’t even paid a bus allowance.  I’ve written tens of thousands of articles, produced TV shows and I’ve written lyrics for cantaores. I’ve given lectures all over Spain and in some other European countries, and I’ve taught courses of flamenco history. I’ve also written prologues for important books and some of my writings have been translated into several languages.

I’m very conceited, I must confess. I think I’m the best flamenco critic in the world, the most widely read, the most honest, and the best-looking.

I must say it all. I’m the greatest, and not just in height. Although in height, too. Despite all this, since today I’ve decided to be sincere, to open up and to be as clear as water, I have to tell you that I’d rather be a cantaor, even if I were the worst cantaor in the planet. To answer the question in the title of this article, we flamenco critics are conceited, pretentious and even complete fools. It’s hard to believe, but we are also made of flesh and bones, like all flamencos. I had to say it.

1 An allusion to Hanna Barbera’s “Pixie and Dixie and Mr. Jinks” cartoon (1958-1961). The cat’s (Mr. Jinx’) catchphrase was “I hate those meeces to pieces!”. In the Spanish dubbing, the cat has a thick Andalusian accent and the catchphrase was “Odio a esos malditos roedores!”. That catchphrase entered popular culture and lingers to this day, when it’s used to express envy for someone who is better than us in some way.

*This article was originally published in ExpoFlamenco on January 18th, 2016