Are guitarists conceited? Hard to say. It would seem that whoever has not yet re-invented guitar, is just about to do so, althought guitarists are not the most conceited of all jondos. 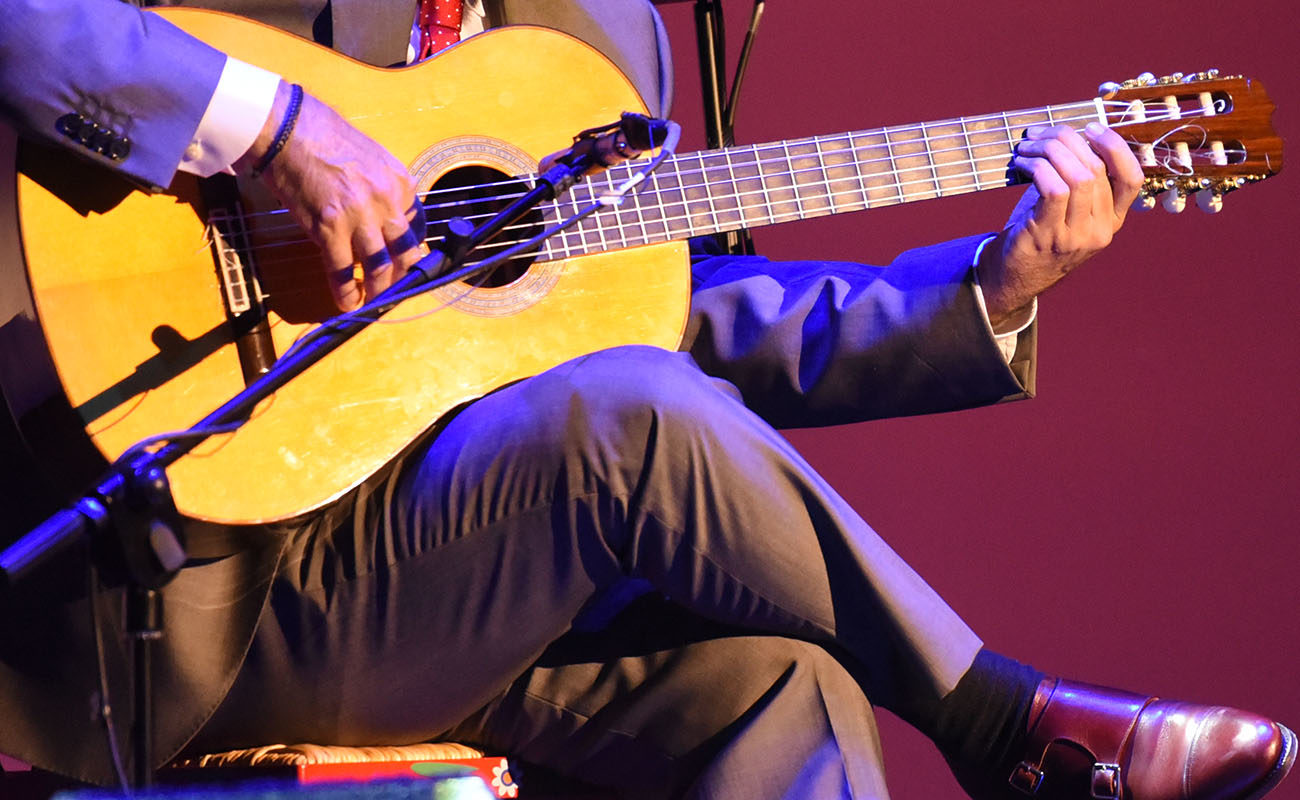 Recently we wondered something that, judging by the number of visits to our blog that day, was in the minds of hundreds of aficionados as well: why are cantaores deified? Some suggested dwelling into the vanity of guitarists and bailaores, too. If it’s true that the artists of cante, in general, have a very high opinion of themselves (I’m not sure if this is a good or a bad thing, but it’s a fact), then the artists of toque are not far behind, from that Paco de Lucena (who, back in the late 1800s, would show off playing a set wearing a sock in his right hand) to the youngest of our days. Remember when José Mercé said that “if Morente is an innovator, so are all of us”? Well, the true innovators in flamenco are the guitarists, they have always been, from Frasco el Colorao, who, besides singing, also played the guitar, setting the cantes for performers such as Silverio, El Nitri, Diego el Lebrijano and Tío Antonio Cagancho.

Guitarists are not the vainest in flamenco, or the most self-important, not at all. Actually, it’s the guitarists who venerate their masters the most. In the interviews given by the greatest guitarists, we can see that none of them have forgotten the importance and influence in their own styles of Ramón Montoya, Sabicas, el Niño Ricardo or Mario Escudero. They not only praise the well-known geniuses, but also the virtually unknown masters, those who taught them the first accords and showed them how to hold a guitar’s neck. Yet, these days all guitarists consider themselves to be concert guitarists, even those who play for baile. They would accompany their town’s cantaor for a few days, and before you know they’re already having a concert. And if they’re not hired for the great festivals, then they are the first to complain that in Spain no one cares about guitarists, that only foreigners do. They are partially right about that, although whenever one of the great guitarists plays at the Bienal or at the Festival de la Guitarra de Córdoba, they sell out and get all the media’s attention.

In my opinion, there are two types of guitarists: those who have a good technique and are able to perform well pieces created by other guitarists, and the innovators who play their own compositions. Both types have great worth. Flamenco is again experiencing a good era of excellent guitarists, although it’s hard to become established as a concert guitarist and to be recognized as such by everyone. Today also lingers heavily the influence of stars such as Paco de Lucía and Manolo Sanlúcar, the greatest in the history of flamenco guitar, two true innovators, not only because they created immortal compositions, but also because they created the modern school of guitar, the current one, which is followed by most of today’s guitarists. Although these days we have brilliant guitarists such as Gerardo Núñez, Tomatito, Vicente Amigo, Rafael Riqueni, José Manuel Cañizares, José Antonio Rodríguez, Antonio Rey, Niño Josele, Miguel Ángel Cortés, Diego del Morao, Dani de Morón and Juan Carlos Romero (and the list goes on), none of them have an individual, revolutionary style, which departs from established ones and opens new paths. The creative fantasy of Vicente Amigo and the mastery of Riqueni (without forgetting the works of Cañizares), are certainly worth of praise, but a revolution is something else. Revolutionaries in any art put their genius and talent on the table and change the course of their art. That’s what Montoya, Sabicas and Ricardo did, dozens of years ago (as did Diego del Gastor and Melchor de Marchena) and after them came Paco de Lucía and Manolo Sanlúcar, besides other luminaries such as Niño Miguel, Moraíto Chico and El Viejín (among others) and great masters such as Serranito (a forgotten star), Juan and Pepe Habichuela, Paco Cepero and Enrique de Melchor.