At the ‘Arremate Flamenco de Priego’

We enjoyed a good day of cante, it wasn’t tiresome. Two artists in the first part — Amparo Ramos and Antonio Mejías — and two in the second — Moisés Vargas and Rancapino Chico —. A nice trip, a good festival and better olive oil. 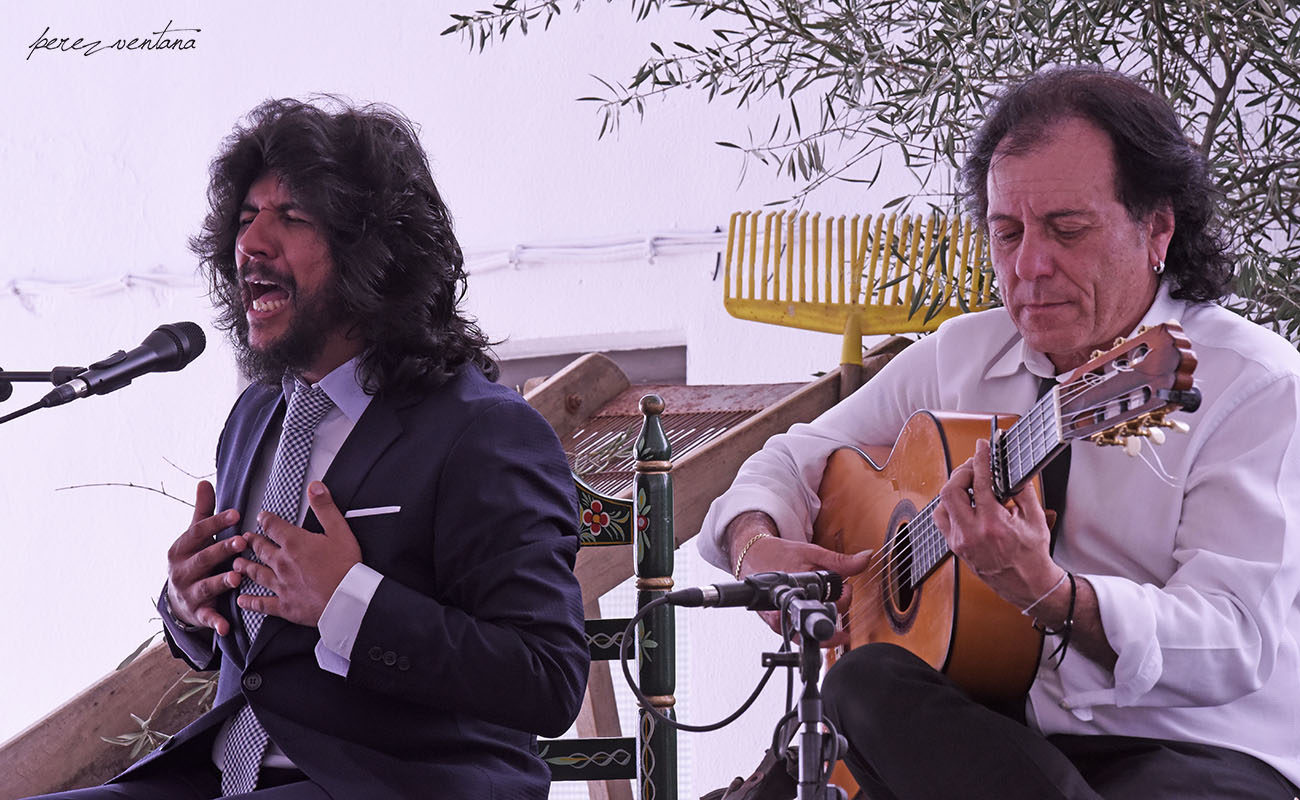 Priego is not one of the most flamenco towns in Córdoba, but it has good aficionados who organize its flamenco events. It is one of the most beautiful towns in Andalusia and I was there last Sunday, April 28th, to present the 2nd Arremate Flamenco at the Casa de la Cultura courtyard, which was packed with aficionados in every available chair. There was a snack bar with a good supply of montaditos (a local type of sandwich), rolls and seafood, and there was a good atmosphere in general, considering it was a Sunday of first communions and general elections in Spain.

That made the artists come in good spirits on the stage, which was decorated with farm tools related to the harvesting of olives and the making of one of the best olive oil in the world. Priego felt a bit like Arahal, the town I was born, where the best manzanilla olives are grown and where a very good olive oil is made, even if it doesn’t have the renown of the olives from the south of Córdoba.

We enjoyed a good day of cante, particularly because it wasn’t tiresome. There were two artists in the first part, and two artists in the second. In the first part, I loved Amparo Ramos, who is from Almodóvar del Río but now lives in Priego. Before coming on stage, she complained that her throat wasn’t feeling well, but the truth is that she was overflowing with strength and good taste, and was superbly accompanied by the guitar of the young teacher Manuel Ángel Calahorro, who is from Torredonjimeno, a beautiful town in Jaén.

Antonio Mejías, from Montilla (Córdoba), was spectacular. This cantaor should have more renown than he already has. I loved all he sang, but I particularly liked when he evoked Tomás Pavón por soleá and some other creators of fandangos, such as Antonio el Sevillano and Manuel Vallejo. Maestro Antonio Carrión accompanied him like silk and overall it was a very moving performance.

In the second part, when it was very hot and already under the tent, Moisés Vargas proved why he is one of the cantaores from Huelva with a great future. He not only has a very strong voice, but also knows how to handle it well and has a very flamenco sound. He’s an artist, so nothing will prevent him from becoming a renowned professional, because his voice is very cantaora, and it seems he has very clear ideas about what is and what isn’t flamenco. The event ended with a performance by one of the best cantaores of our days, Rancapino Chico. Nowadays there isn’t anyone who sings with better taste, more feeling and better rhythm. He’s an inspired cantaor, but his good technique allows him to achieve an amazing degree of quality. He took us to Cádiz’s La Caleta por alegrías and was superb in some cantes de Cádiz por soleá, all wonderfully accompanied by Carrión.

It was a nice trip, a good festival and better olive oil. We thank the Asociación Flamenca Antonio Mejías, its president, Antonio Carrillo Expósito, and Mr. Mejías himself for their kind invitation. It was a very worthwhile trip. 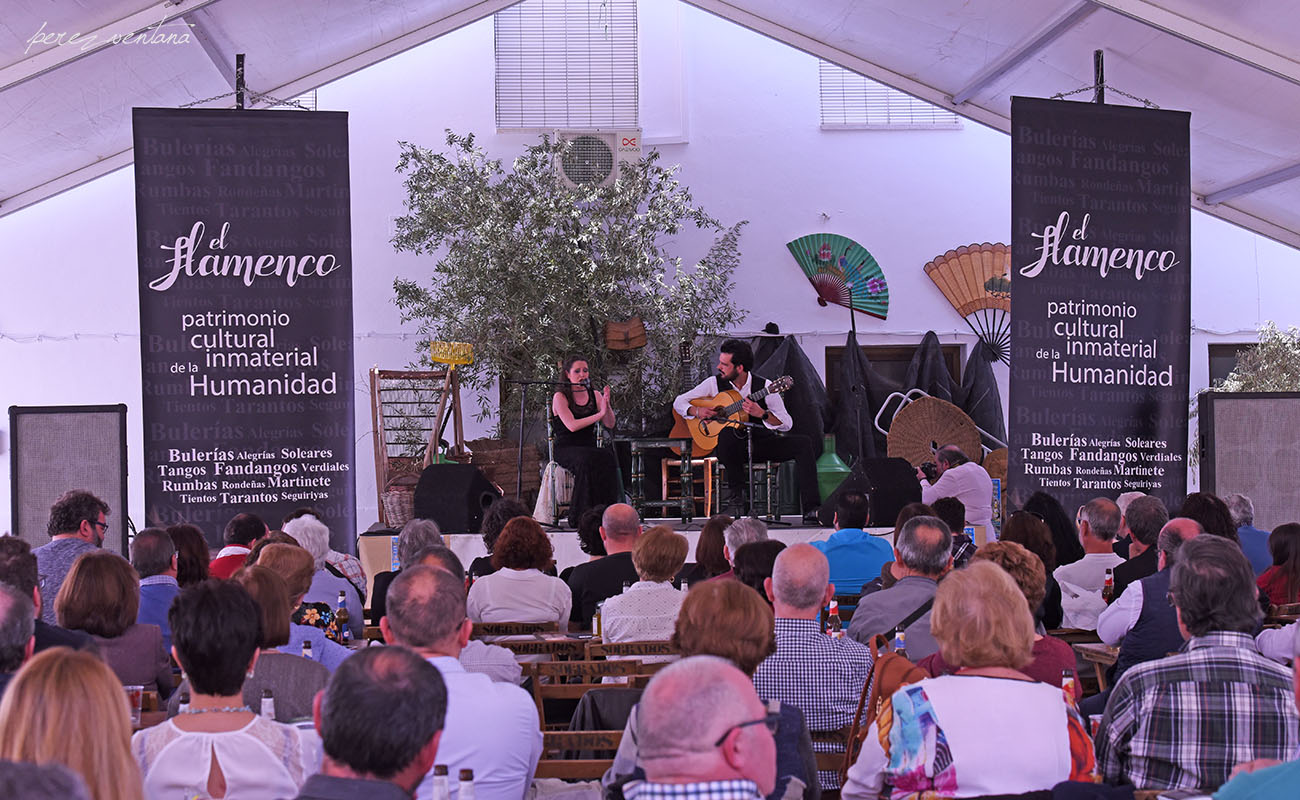 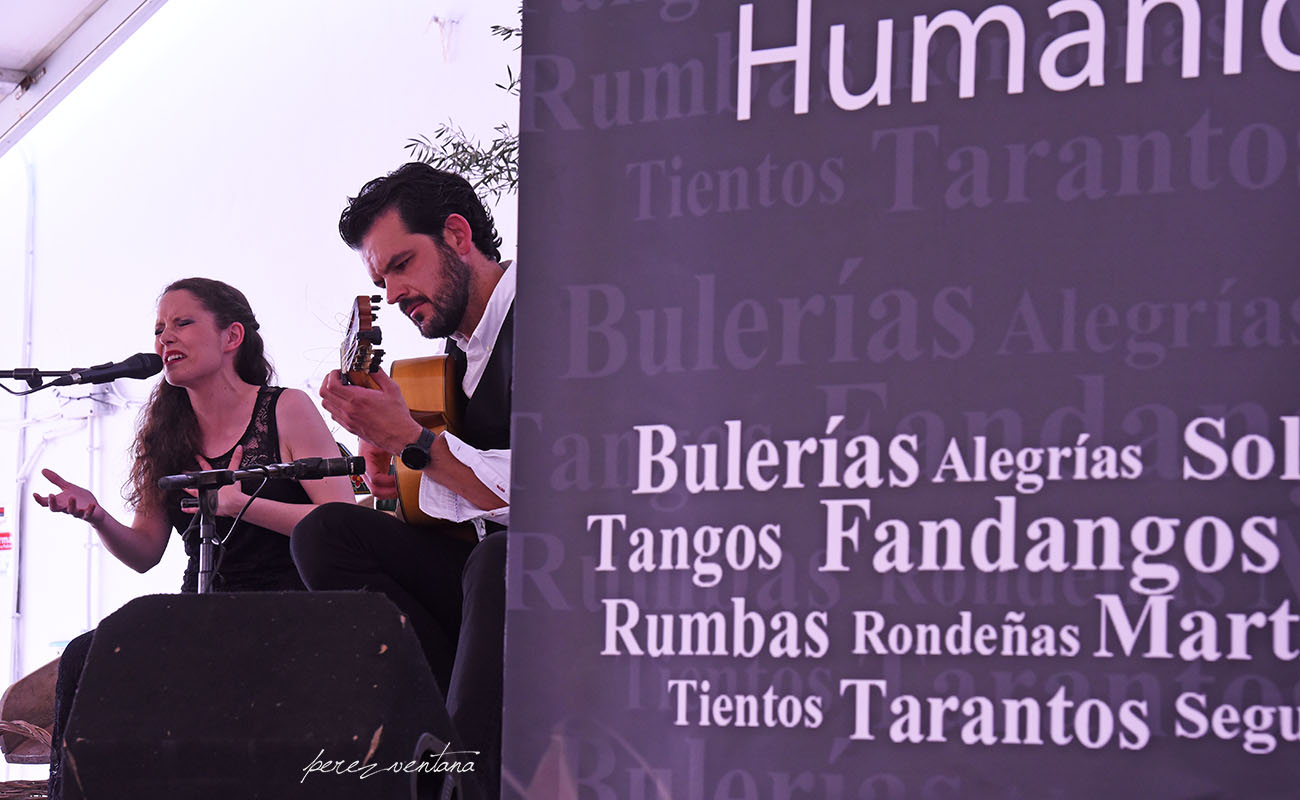 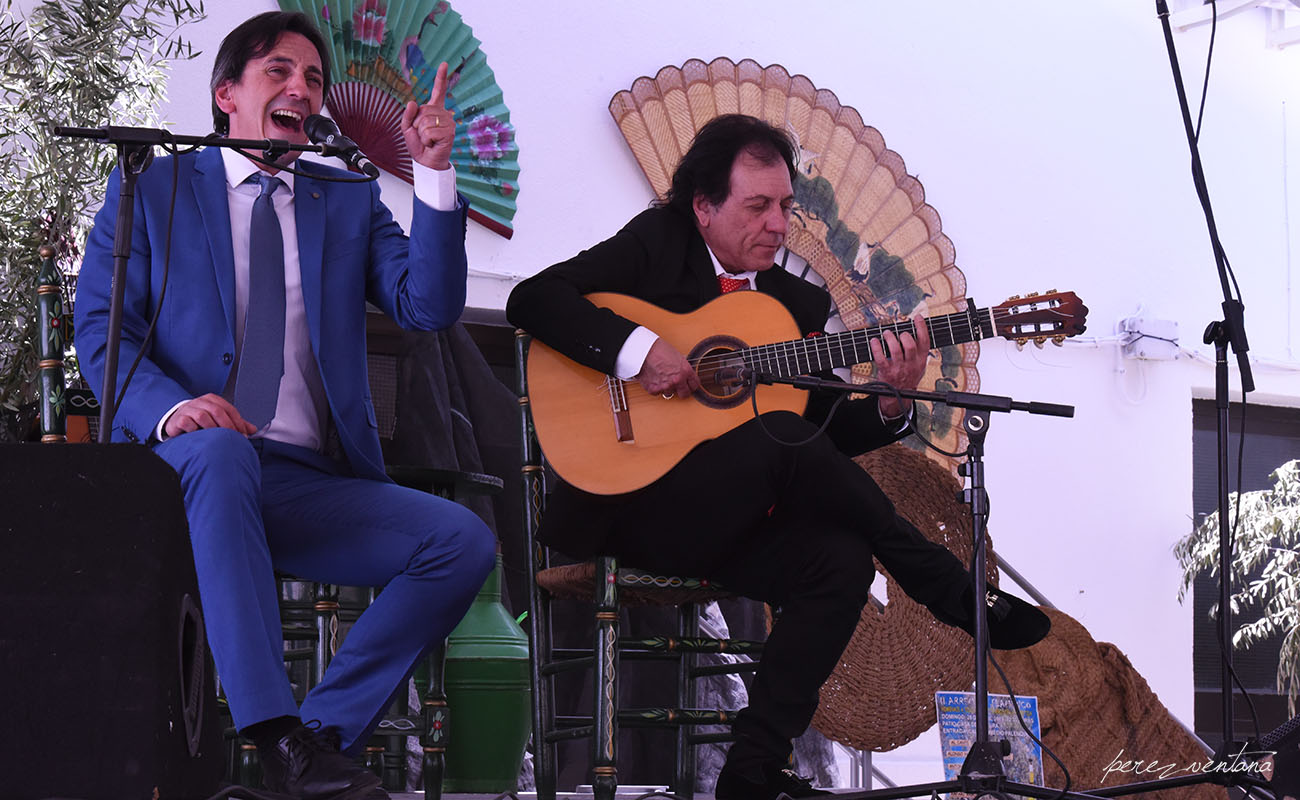 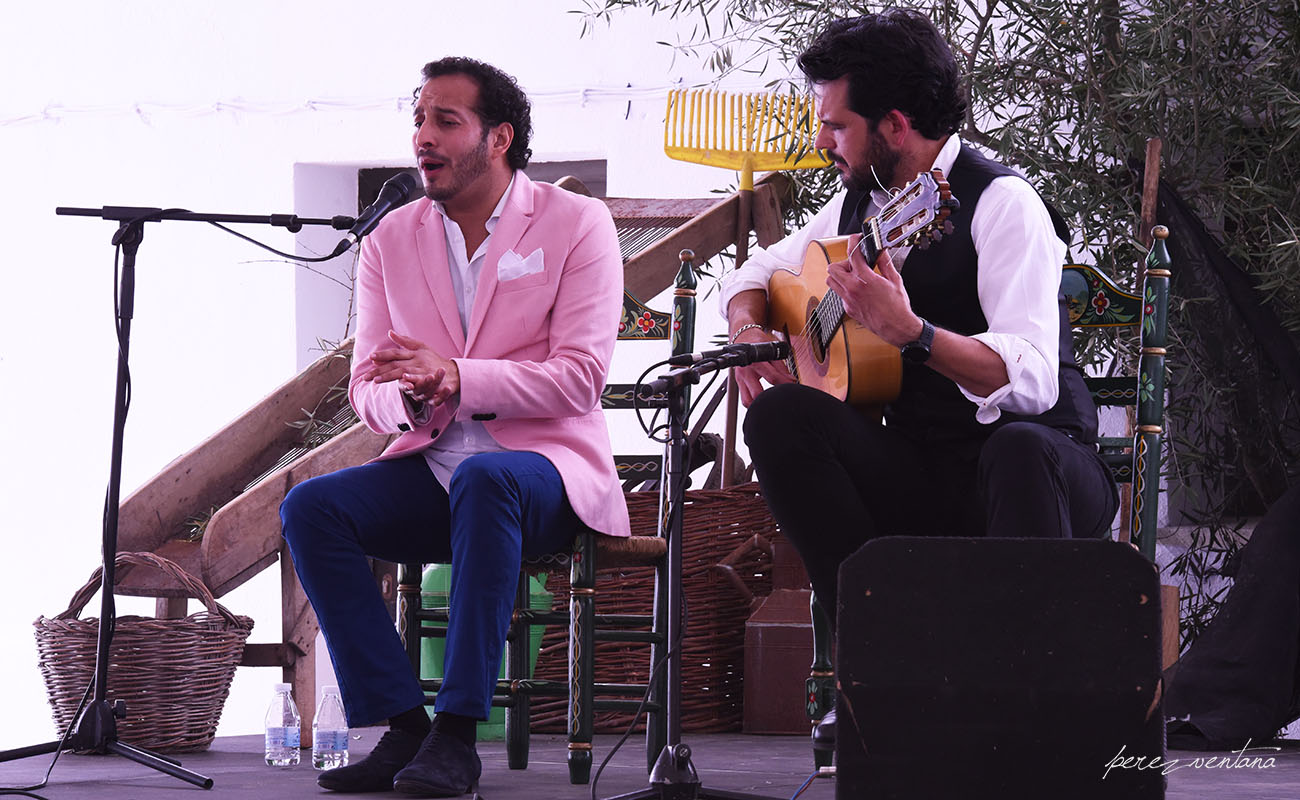 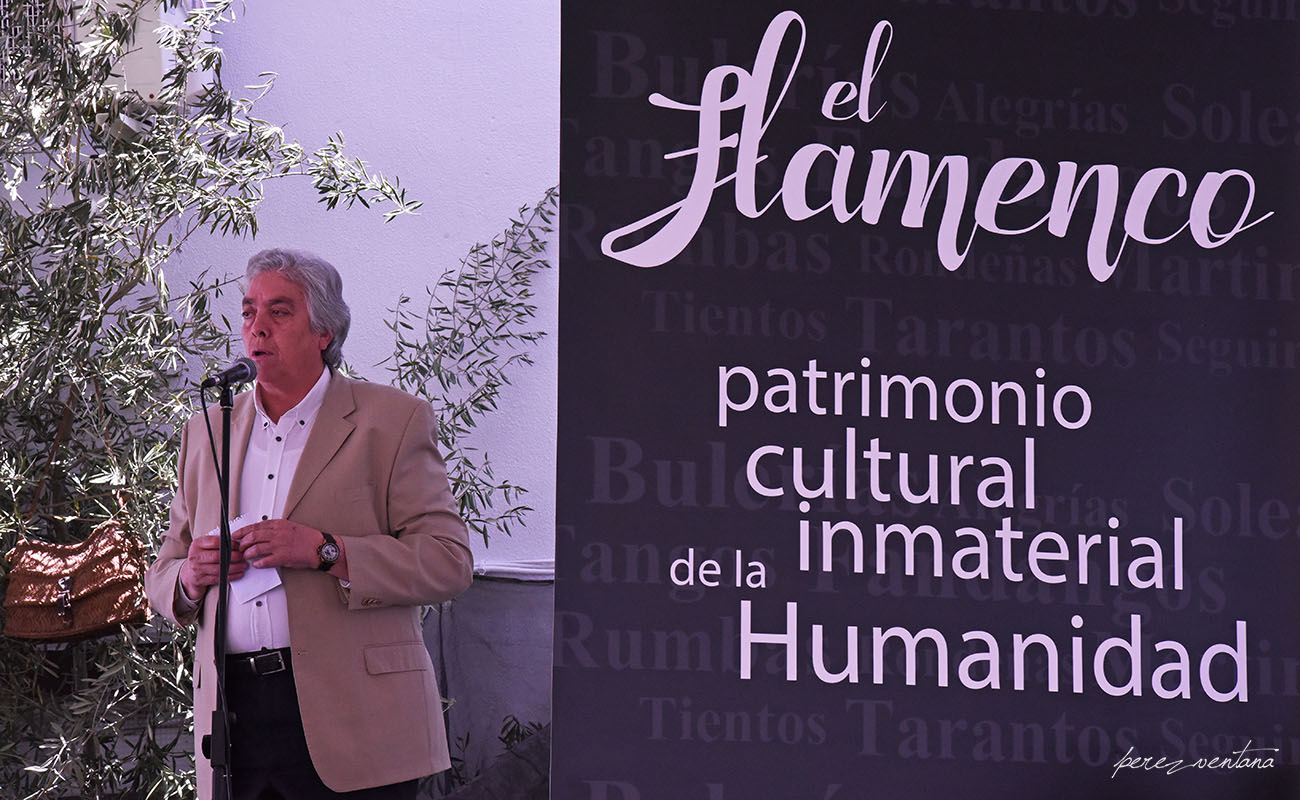 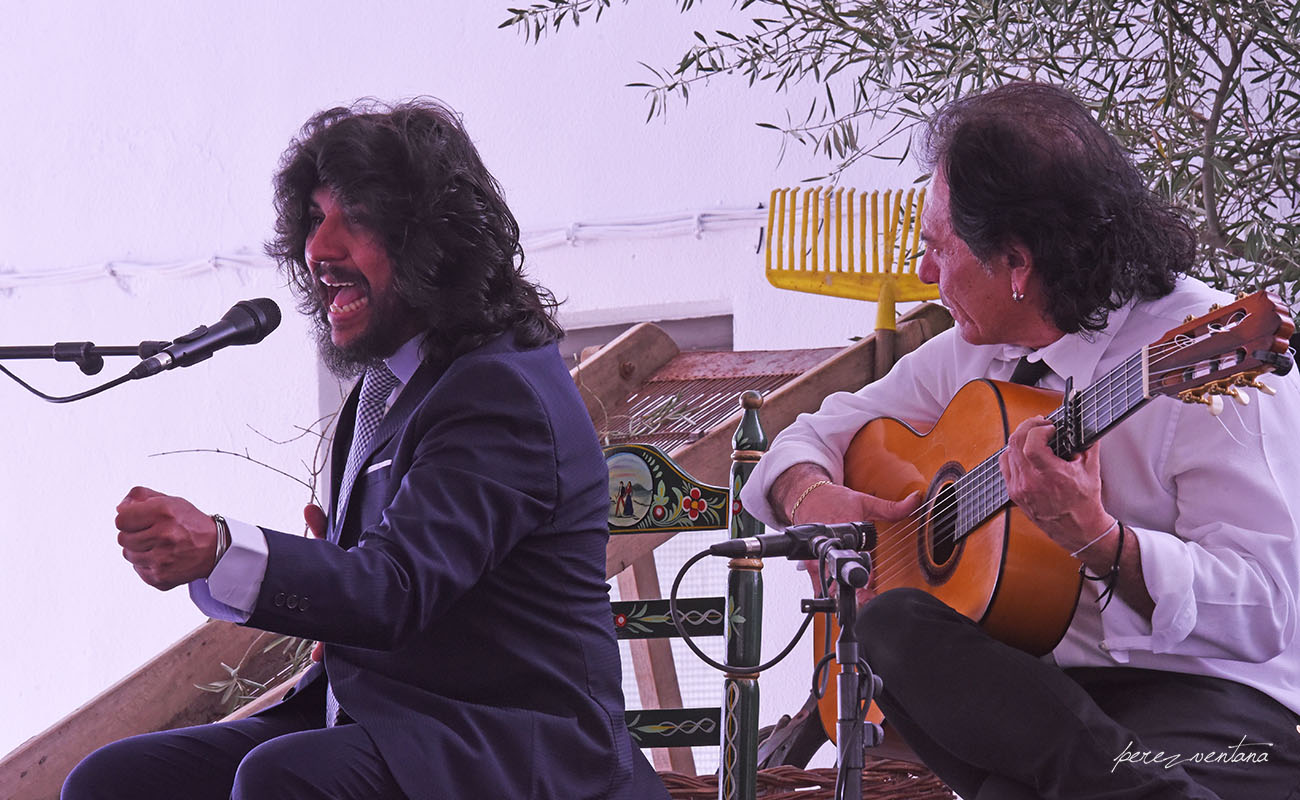