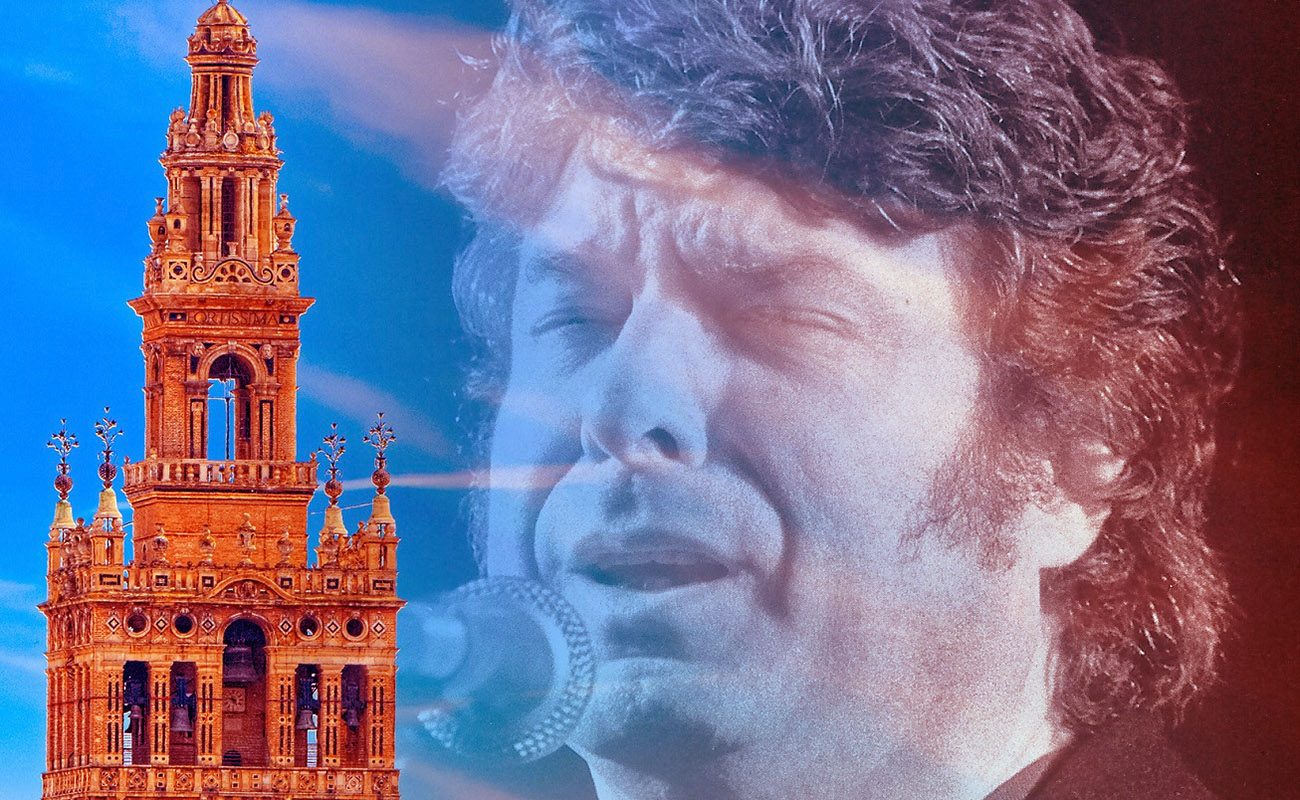 Today is the ninth anniversary of your death, and yet it seems like yesterday when I said farewell to you in your birthplace, Granada, with our friends Antonio Badía and the great bailaor from Triana, Paco Vega, a Gypsy who loved and still loves you. That day, December 13th, 2010, Granada was like a sad postcard that none of us wanted to buy. We didn’t even have the strength to go all the way to the Cemetery. I haven’t paid a visit to your resting place yet, master, because I don’t think I would be able to stand before your grave without falling on my knees. The last time we met, you were so full of life, so sharp of mind, that I still cannot believe you are gone. It was such an absurd way to go. I cannot believe, either, that a few days ago we also lost our brother Felipe Martín Chica, who loved you so much and who annoyed you so often with his childish mischief.

I myself wrote this four-verse soleá, if I remember well, on the very day when you passed away. I must confess that I sometimes thought about the possibility that you could die before me, and I would be forced to swallow the bitter pill of seeing you laying inside a coffin. You know that I refused to attend Camarón’s funeral, even as you asked me to join you. I can never get used to the loss of people I love, and your passing was like a mortal wound. Many months went by before I started to recover. I couldn’t even listen to your albums. It was very hard for me, someone who always venerated you as the great master of contemporary cante.

I have to tell you that in these nine years no one has ever asked me to talk about, and that hurts because I could say so many things about your cante and about all your human qualities. I could talk, for example, about how we succeeded — with you singing and me writing or talking on the radio — to get the flamenco aficionados of Seville, those who hadn’t discovered you yet, to get to know you and become interested in your works. I remember when you told me one evening at the Lope de Vega theater in Seville, after a great, sold-out performance: “We did it, Manolo!”. That night I saw in your eyes your love for Pastora, Tomás, Marchena, Matrona, Bernardo, Vallejo and Caracol. The people of Seville never knew how much you adored Seville and its masters of cante.

«Flamenco aficionados love you, master, and not just the aficionados from Granada, but from all Andalusia and from all over the world»

I’m still here, writing, making a living in this art so ours and so damned. Flamenco is in the same state as the rest of the country, a big mess. Yet, I like the fact that young people like your style of cante and buy your albums. You didn’t want followers, morentistas and morentismo, but nowadays there are many morentistas and morentismo is a reality. Flamenco aficionados love you, master, and not just the aficionados from Granada, but from all Andalusia and from all over the world. Even those hypocrites who always criticized you finally came to their senses and now talk about you as more than just another cantaor, something you strove for. You never said it, but you knew very well that you were more than a man who sang. You were a great musician, a wise, open-minded artist, courageous and cultured, but far removed from the culture of officialdom and ojana.

I must leave now, master, because it’s late. It’s been very hard to write all this, but I had to tell you some things. I must also apologize if I ever offended or misunderstood you. I want you to know that you’ll always be my favorite cantaor and my best friend. I’ll be loyal until the day I die, Enrique.