It seems like yesterday, but on February 25th it’s the fifth anniversary of the death of Paco de Lucía. Just Paco, for the hundreds of thousands of his fans all over the world. 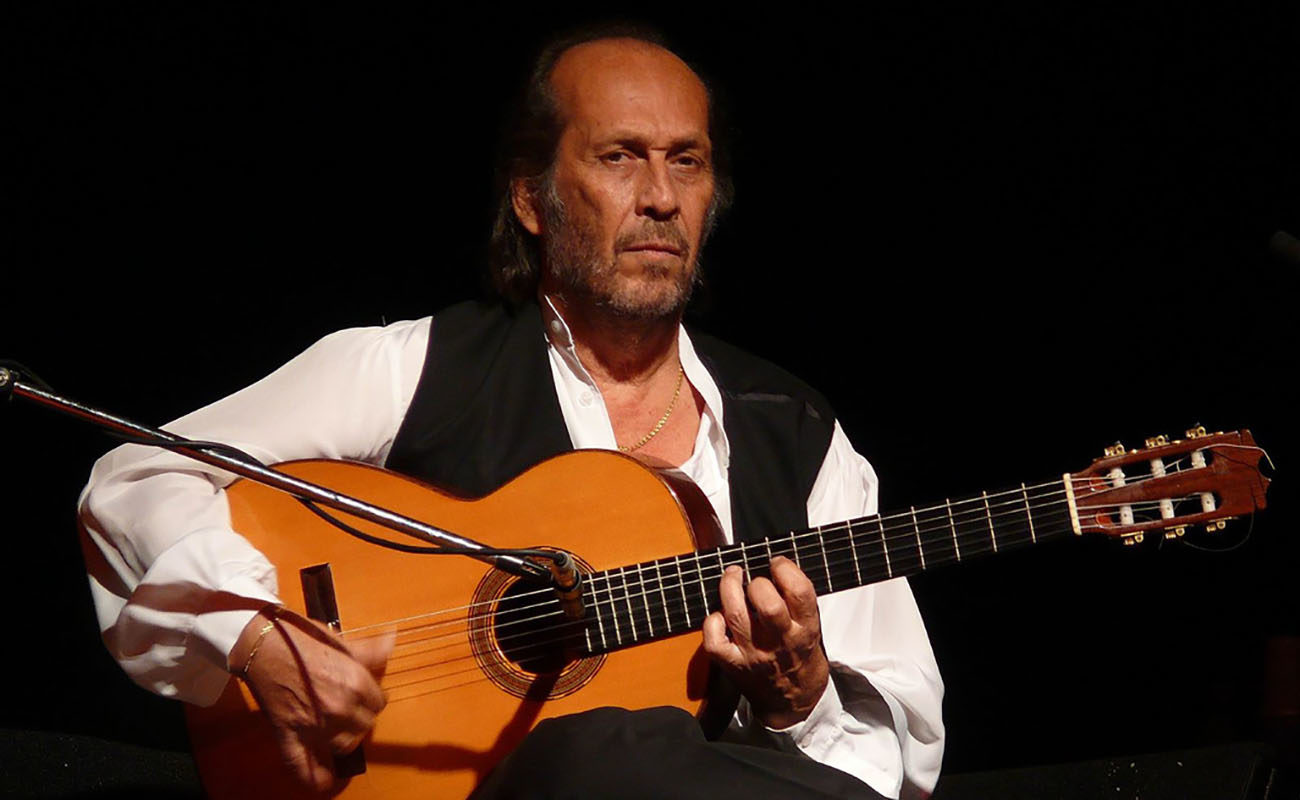 It seems like yesterday, but on February 25th it’s the fifth anniversary of the death of Paco de Lucía (Algeciras, Spain, 1947 – Playa del Carmen, México, 2014). Just Paco, for the hundreds of thousands of his fans all over the world. Today we have brilliant guitarists such as Rafael Riqueni, Vicente Amigo, Tomatito, Gerardo Núñez, Dani de Morón, Antonio Rey and Diego del Morao, among many others. This is in part thanks to the genius of Algeciras, who inspired three generations of guitarists.

I don’t like omitting Manolo Sanlúcar, who for me is more important than Paco in many aspects, although I may get in trouble for saying this. Besides, this guitarist from Sanlúcar is still with us. Manolo and Paco revolutionized flamenco guitar at a time when Niño Ricardo had already died and Sabicas and Estéban de Sanlúcar were in America. Serranito was the leading guitarist in Spain and a young man from Jerez, Paco Cepero, was becoming renowned for his very flamenco and personal sound.

Yet, Paco got ahead of everyone and became the big star of flamenco guitar and one of the two or three leading guitarists in the world, of any genre. No treasure in the world would be enough to pay Paco for all he did in behalf of flamenco guitar, and for flamenco in general, if he were still alive. For him, having young guitarists who admired him and were inspired by his style to come up with their own was much more important than any accolade. However, when Paco came to perform in Seville and saw all of them on first row, without blinking and with their tape recorders, he would get nervous. “You know how well some of them play!”, he told me on occasion of the 1st Giraldillo del Toque contest in 1982, won by Manolo Franco, with Paco himself among the members of the jury. He was referring to Manolo himself, Riqueni, Niño de Pura and other guitarists of Seville, a city he liked and from where his favourite master — until he discovered Sabicas — Ricardo Serrapí Sánchez was from.

Paco should have some memorial in Seville, perhaps a bust overlooking the river or the old city center, honoring all the great guitar masters of Seville — who were also his own masters — since he performed so many times in this city and has been so influential on today’s guitarists. It’s already been five years since he left us. Time flies just as fast as his dizzying picados.