Antonio Núñez El Chocolate was a great admirer of Pepe Marchena, and the admiration was mutual. The master from Marchena had several times asked Antonio to sing a saeta in his honor, in his funeral, when he passed away. Marchena died on December 4th, 1976, and Antonio attended the crowded funeral in his hometown. It was a rainy, cold, dull day, 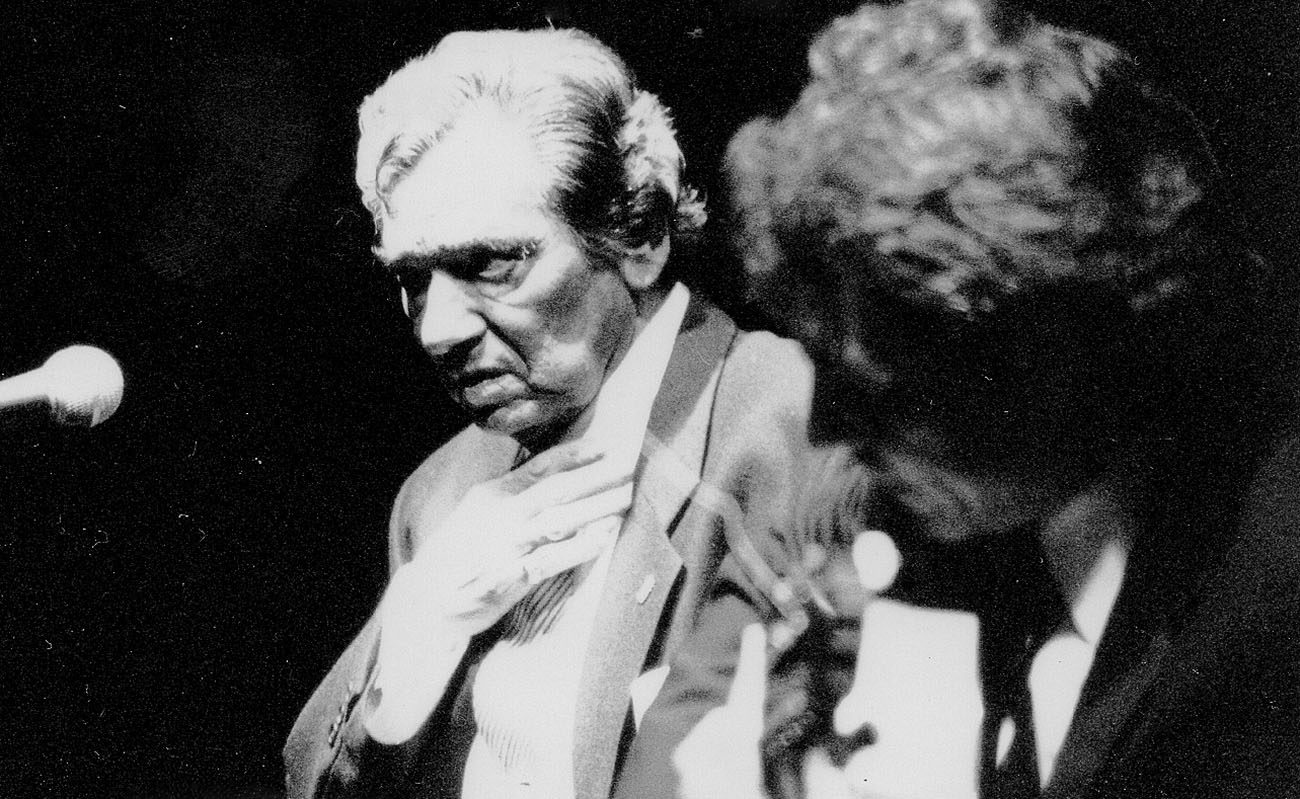 Antonio Núñez El Chocolate was a great admirer of Pepe Marchena, and the admiration was mutual. The master from Marchena had several times asked Antonio to sing a saeta in his honor, in his funeral, when he passed away. Marchena died on December 4th, 1976, and Antonio attended the crowded funeral in his hometown. It was a rainy, cold, dull day, not really suitable to sing saetas. Chocolate couldn’t find an opportunity to sing at the church where the funeral was held, and after the burial he drowned his sorrows with cheap wine. Antonio got a ride back to Seville, but as they were leaving the town of Marchena, he asked the driver to stop by the cemetery.

-Are you crazy, Antonio? You’ll get drenched!

Antonio got out of the car, firmly grabbed the iron bars of the now-closed cemetery gate and sang one of the most heartfelt and most Gypsy sateas ever sung, with the heavy rain falling down his cheeks.

When Antonio Mairena was awarded the Golden Key of Cante (1962), Pastora and El Pinto were not quite on speaking terms with him, the reasons why I’ll explain some day. Antonio adored Pastora, who was his main role model, and he was itching to show her his Golden Key award. There was a poultry dealer who would deliver eggs to Mairena’s home in Seville, and she also happened to deliver eggs to Pastora, so Antonio came up with an idea:

– Please take the Golden Key to Pastora and El Pinto, so they can see it, and then tell me how it went.

-Sure, Antonio… I’ll stop by their place today.

The poultry dealer put the Golden Key inside the egg container, and when she got to Pastora’s house she tod her:

-Look, Pastora, here’s the Key awarded to your cousin in Córdoba, so you can see it.

The poultry dealer opened the egg container so Pastora could see the award, but she couldn’t care less, and just said:

Pastora Pavón didn’t like to travel in airplanes, but in some occasions she didn’t have any other choice. Before the 1936 Spanish Civil War, she went to perform with her troupe in Melilla (a Spanish territory in North Africa). The airplane was quite rickety and the cantaora prayed to every saint before taking off. Halfway to Melilla the airplane encountered turbulence and El Americano, a fellow cantaor and a prankster, told her:

-Pastora, put on your lifesaver, we’re going to crash in the ocean!

-In the ocean! Oh my Holy Lord!

These were her last words, because she got so frightened she lost her voice. Not only she was unable to sing in Melilla, but she couldn’t perform for the season.

The things of El Chocolate

At the Festival of Herrera, a town in Seville province, Chocolate was due to perform, accompanied by Antonio Carrión. I was sitting with the master and we drank half a bottle of whisky, without ice, in plastic cups. I told him to stop drinking or his head would start spinning, but he wouldn’t listen. When he got on the stage, helped by Carrión, he sang por soleá, and then por fandangos, but as he got ready to sing the first one, he forgot the lyrics:

-I forgot the lyrics, damn it!

–La botella…Antonio, for the love of God! De rodillas me hinqué…

The genius spent fifteen minutes on stage without singing, until he finally remembered the lyrics he wanted to sing. After that, he did just great.