Tomás wasn’t weird. He was authentic. He didn’t sing, he prayed. For him, cante was a religion, and he believed in his cantaor faith. 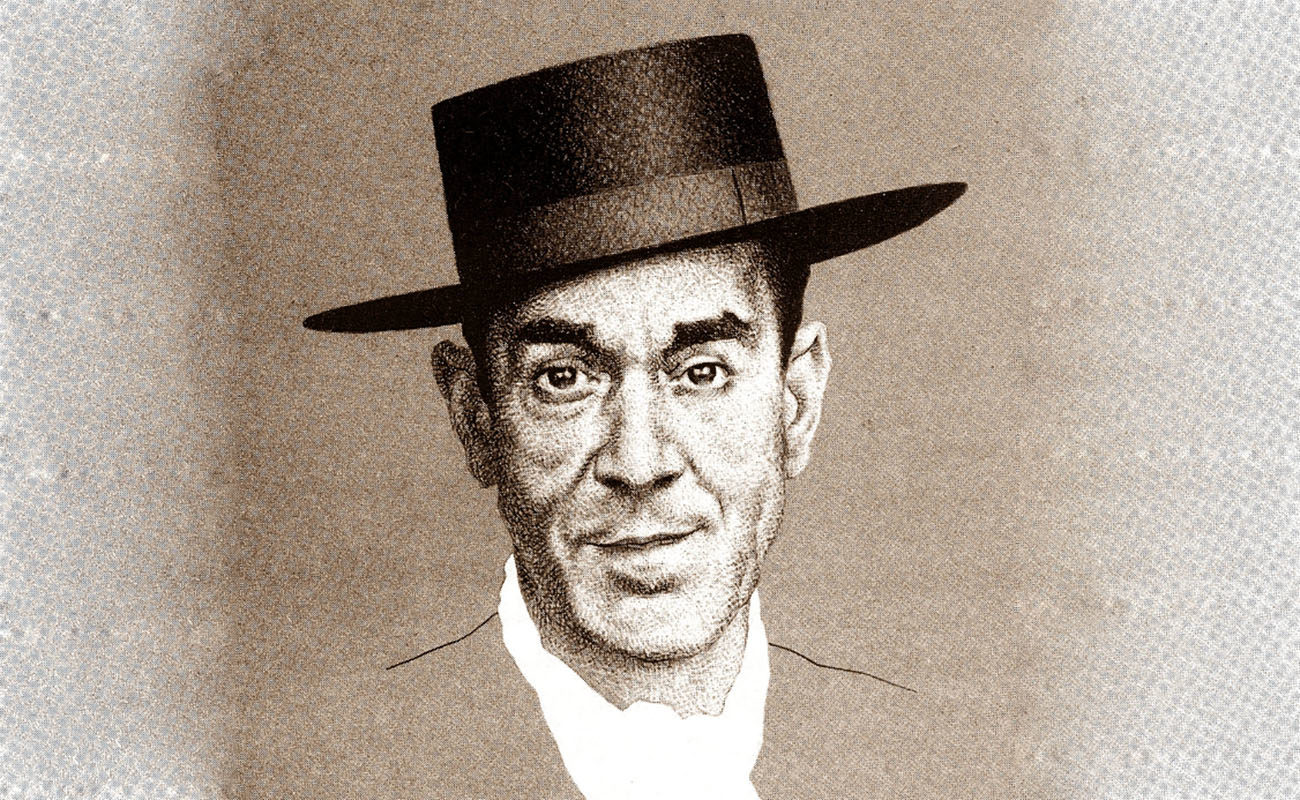 -Grandpa, are you disappointed about flamenco these days? It seems to me that you’re not too passionate about it lately.

-Not at all, how could I be disappointed? Although I live my flamenco, the flamenco I’ve always liked. I read the books that teach me something, and I only listen to the cantaores that make me want to be a flamenco aficionado. Most of them have died already.

-Some of them, yes, but few. Some are good singers, although they don’t move me. I liked Tomás Pavón because he sang as he lived: his cante matched his life perspective. His lyrics, for example, were a picture of his personality. Each stanza was a story from his life

-Tomás was a bit weird, wasn’t he?

– Tomás wasn’t weird. He was authentic. He didn’t sing, he prayed. When he sang he’d put his hands together like if he were praying, like Juan Talega. Did you ever notice how Juan Talega put his hands together when he sang? Tomasito did that, too. For him, cante was a religion, and he believed in his cantaor faith. He hated going on stage, although now and then he would sing in a café, but just out of financial need, not because he wanted to.

-Which kind of person was Tomás, grandpa?

-Very quiet, he would only speak if necessary, but he would always make statements. One night at La Europa, the famous café at La Alameda, in Seville, Manuel Torres told him: “Tomasito, get your duende going, fire up your cante!”, because Tomás was rather cold, sometimes too brainy. Tomás replied dryly, with his characteristic coolness: “Manuel, you take care of your duende, and I’ll take care of mine.”

-Not at all. He never sang for baile, as far as I know. Indeed, if a gathering turned into a party, he would get up and leave. He didn’t like to entertain anyone. He’d rather pierce the soul of the aficionados singing something dark. This trait of him hurt his finances a lot, because he would seldom sing in parties. He would always ask three things before accepting an invitation for a party: would any women be there, who was the señorito paying for the party, and, finally, who else would be performing.

-That’s why he died poor, right?

– All flamencos died poor back then, Manolito, with no money even for their burials. Tomás was lucky to have his sister Pastora and his brother Arturo, who helped him out, but even so he went through hard times. He died in a humble room in a house at Plaza de la Mata, given to him by his brother Arturo. All he left were three pocket watches, some fishing rods and a few novels, because he liked reading. When he died, his wife, Reyes Bermúdez, had to become a peddler, selling rag dolls and perfume on the streets. Yet, now his slate records are worth a fortune.

-Would you dare to say who is today’s Tomás Pavón?

-Actually, nowadays there are some cantaores that remind me of him, although not in the way he sang, because he took his singing style to his grave. Yet, in our days we also have weird cantaores, the ones who don’t like social gatherings and avoid the stages as much as they can, although sometimes they have to other choice but to fake it on stage. Diego El Cabrillero, from Utrera, reminds me of Tomás a lot. No one seems to care much about him, but the day he dies, everyone will say he was a genius. Perico el Pañero also reminds me of him. Tomás was like those cantaores, although I don’t mean to compare them.

-¿Do you remember when he died?

-Sure I do. It was hot as hell, and even the birds had left the trees at La Alameda. I remember that Pinto, his brother in law, cried like a child. He loved him like a brother. It was a very sad day.

* This article was originally published in ExpoFlamenco on March 21st, 2016