One of today’s most common flamenco topics is people arguing that there are no longer great stars of cante, like in the old times (say, for example, forty years ago). 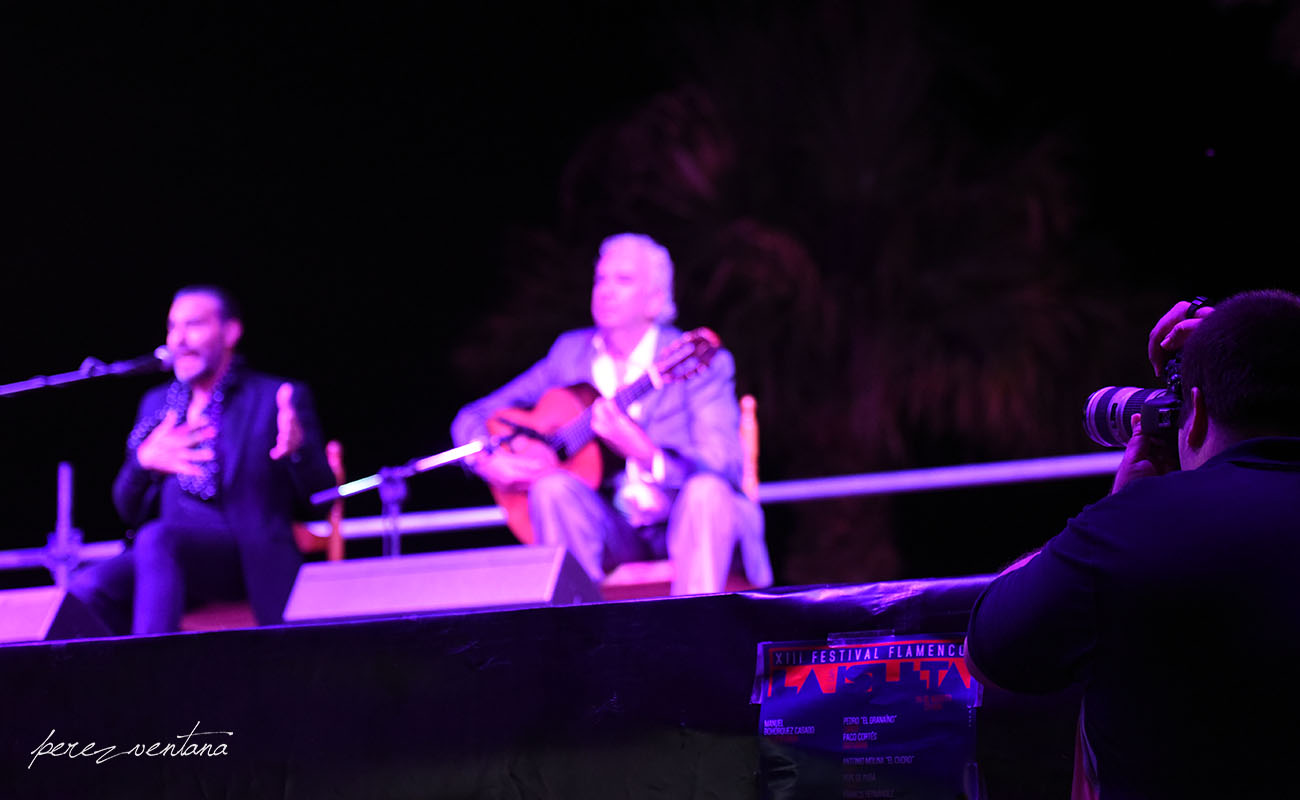 One of today’s most common flamenco topics is people arguing that there are no longer great stars of cante, like in the old times (say, for example, forty years ago). Hundreds of aficionados have given up attending the summer flamenco festivals, because they long for the great stars of that age, some of whom are no longer alive, while others are now well past their prime. Yet, hundreds or thousands of young aficionados do attend those flamenco festivals in the small towns, and also go to other events such as the Bienal, the Festival de Jerez or the Festival de las Minas de la Unión. For those young aficionados, the stars are those artists headlining almost every flamenco show nowadays: Jesús Méndez, Antonio Reyes, Marina Heredia, Rocío Márquez, Pedro el Granaíno, Rancapino hijo and many others.

These young aficionados are not given to make comparisons, though, because they didn’t live in that golden age. So, they enjoy today’s flamenco much more than those of us who experienced that era, and who haven’t forgotten how Fernanda de Utrera used to sing in the Potaje or in the Gazpacho de Morón festivals. Nostalgia is sometimes an impediment when it comes to enjoy what the present has to offer. One of the last times I talked with Antonio Mairena he told me that he longed for the years when he was just starting his career and Manuel Torres y el Niño Gloria performed in his town, emptying all taverns. Juan Valderrama felt about the same way, missing Marchena, Vallejo, Pastora and El Pinto. I think it’s only natural. I myself terribly miss Morente, Lebrijano, Fernanda, Paquera and Camarón.

Another popular flamenco topic in our days is arguing if today’s stars are able to create new music, or if they’re just good imitators. We must say, though, that creating music, really creating new music, is something that very few have been able to accomplish in the history of cante, perhaps two or three artists in every generation. All others have been good imitators or excellent performers. Let’s not forget that for an expert in cante such as Fernando el de Triana, Tomás Pavón was just a good imitator, while today he’s considered one of the great geniuses of cante jondo. If we check all the discography produced in the 1960s and 1970s, we’ll realize that there were more good imitators and good performers than true creators. Typically, whoever didn’t copy Antonio Mairena would copy Marchena or Caracol, with a few well-known exceptions.

Without a doubt, there’s a general apathy in today’s cante, to the point that aficionados often end up quite bored in the festivals, sometimes because they cannot stop thinking about the past, other times because they can’t find new voices that are able to touch their hearts. I myself have decided to stay rather away from the summer festivals, because they were trying my passion for flamenco, not to mention my patience. I would get bored to tears, not just because of my longing for the old days, but also because, after so many years, I’ve become perhaps too demanding and desensitized to the multitude of voices around me. Obviously, I really like those who sing well, whether they have a unique style or not, but the problem I see more often regards the artistic attitude. I like the crazies of cante, the eccentric ones, those who live and feel like cantaores. Above all, I like those who possess the gift of cante. I can no longer stand those professional cantaores who sing as if they were just playing cards and only talk nonsense in the social networks.

Yet, regardless of all these considerations and personal thoughts, what I think we should do is to enjoy whatever we have. That’s what our parents and grandparents did: enjoying whatever they had, the cante of their times. We should enjoy the recordings made in the old days, too. I, for example, really like listening to my old slate records at home, as much as I enjoy listening to the new albums of Jesús Méndez, Antonio Reyes or Arcángel. Something else would be having the strength to withstand five hours in a summer festival, and then having someone play their album on stage. I think I’m way too old for that.